Kristen Ledlow is an American sports broadcaster and sports commentator, who hosts various shows for Turner Channels, such as NBA TV and TNT. She hosts ‘NBA Inside Stuff’ and ‘Game Time’ on NBA TV in addition to her contribution as sideline reporter of National Basketball Association for TNT. Her stint with NBA TV started in 2015 as a host alongside erstwhile NBA player Grant Hill, hosting the channel’s popular show. She is the first and the only woman hired by NBA TV until date. Ledlow started her career as a television anchor with WTXL-TV right after her graduation. She hosted various popular shows on local radio stations and made her breakthrough as an anchor in 2013, when she joined WZGC. She worked as a co-host with popular anchors such as Randy Cross and Jason Bailey. Kristen was a volleyball and basketball player and a cross country / track runner during her school days. She won honors as the ‘All American’ player in the school’s volleyball team. She also participated in beauty pageants during her years at the university and won a couple of titles. Ledlow also hosts private events and delivers speaking engagements in addition to her career as a sports broadcaster. 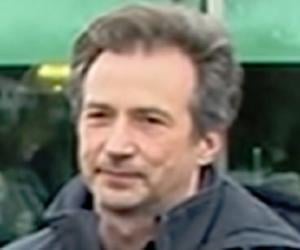 Jonathan Gillib...
DID WE MISS SOMEONE?
CLICK HERE AND TELL US
WE'LL MAKE SURE
THEY'RE HERE A.S.A.P
Quick Facts

Jonathan Gillib...
Childhood & Early Life
Kristen Ledlow was born in the US on 18 January 1988 to Roger Ledlow and Rita Ledlow. She has a sibling by the name Lauren Ledlow. She initially went to Christian Community School and later continued schooling at North Florida Christian School. She studied broadcasting and communications at Southeastern University in Florida.
Being an athlete got Kristen an opportunity to work as a reporter for all sports events in Southeastern University. She slowly expanded her scope of work to gain experience as the lead announcer for various university wide games and later became producer and host for the sports segment on the University’s local television channel.
Ledlow did her internship with NBC’s affiliate in Orlando during the NBA Finals in 2009. She was also an intern with ESPN during live broadcast of ESPY Awards in 2010.
Continue Reading Below
You May Like

Who Is The Greatest Female Warrior In History?
Career
In 2010, Kristen began her career as an anchor hosting ‘Good News Show’ for WTXL-TV. She also worked as a sideline reporter for the football matches of Florida State Seminoles. During this period, she wrote columns for Tallahassee Quarterback Club and worked as an anchor for ESPN Tallahassee’s radio station.
Kristen, shortly afterwards, joined CBS Sports Radio and co-hosted ‘The Opening Drive’ show. At about the same time, she declined an offer from ESPN to work an intern in an athletic ministry.
In 2013, Ledlow got her career break with an offer from WZGC to co-host their show along with Randy Cross and Jason Bailey. She quit WZGC in 2014. Later, she worked with HLN and CNN as a sports anchor.
In 2015, Kristen Ledlow became the first and only woman hired by NBA TV. She gained immense popularity hosting ‘NBA Inside Stuff’, ‘Game Time’ and ‘Inside the NBA’,
Major Works
In 2014, Kristen Ledlow participated in ‘NBA All-Star Weekend Celebrity Game’ for the East Team and won accolades for her game scoring two points in the first half.
Her book of work includes interviews with players such as Doug McDermott, Seth Curry and Timofey Mozgov.
Awards & Achievements
Kristen has also participated in beauty pageants and was crowned Miss Capital City USA in 2012. She was also the third runner up at Miss Florida USA in the same year.
Personal Life & Legacy
Kristen Ledlow is currently single though her Twitter posts in the past suggested that she was dating a baseball player from Jacksonville.
Humanitarian Work
Kristen Ledlow’s public profile on social media suggests her interests in ‘Kids Across America’, an organization working towards transforming urban youth to impact their communities. There is no official announcement of Kristen being associated with the organization as a volunteer or otherwise.
Trivia
In 2016, Kristen Ledlow was a victim of armed robbery when three men robbed her at gunpoint snatching away her phone, purse, wallet and car. The even happened on a Saturday afternoon in the garage of her apartment complex. There were no arrests reported in connection with the robbery so far while the case is still under investigation by the Atlanta Police.

See the events in life of Kristen Ledlow in Chronological Order 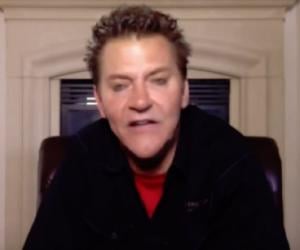