Advanced Search
Kodak Black, or Bill K. Kapri, is a controversial American rapper, best known for his singles ‘Roll in Peace,’ ‘Tunnel Vision,’ and ‘No Flockin.’ Born and raised in Florida, he belonged to a family with Haitian roots. Since he was a teenager, he wanted to become a rapper and worked hard toward his goal. He expanded his vocabulary and spent a lot of time in recording studios. However, his shady locality dragged him into all kinds of petty crime. While in school, he got into a lot of fights and was apprehended several times for breaking and entering into houses. At the age of 12, he started taking his music career seriously and joined a group named ‘Brutal Youngnz.’ He later worked with another group named ‘The Kolyons.’ In 2013, he released his first mixtape, ‘Project Baby,’ and then released ‘Heart of the Projects’ and ‘Institution.’ Drake once shared a video of him dancing to Kodak’s song ‘Skrt,’ which brought Kodak immense fame. In 2017, he released his debut studio album, ‘Painting Pictures,’ which reached the third spot on the ‘Billboard 200’ chart. American People
Black Singers
American Men
Male Singers
Male Rappers
Childhood & Early Life
Kodak Black was born Dieuson Octave, on June 11, 1997, in Pompano Beach, Florida, to Haitian immigrant parents. His father abandoned the family soon after Kodak was born, and he was raised by a single mother. Soon after his father left, Kodak and his mother shifted to a nearby housing society in Golden Acres where many immigrants from Haiti also lived.
The locality was not ideal by any standards, and Octave eventually got involved with the anti-social elements of the area. He started selling drugs and indulging in other petty crimes at a tender age.
He was not interested in academics and had a poor attendance record. Additionally, he got into several fights in school, which led to his expulsion from the school on many occasions.
He did not care about school and wanted to become a rapper. He read several books to get a strong hold on the English language. By the time he was 12 years old, he had already started rapping. Recollecting his struggling days, Octave later stated that he had only two options: to sell drugs on gunpoint or to rap.
He started visiting more recording studios and found them to be places he actually enjoyed. However, he did not stop his criminal ways and continued to get arrested from time and time. He was arrested at the age of 15 over a serious charge.
It appeared as if all his aspirations of becoming a rapper would be over soon, but one of his producers bailed him out. He knew that the boy had some talent in him and that he could be a great asset to him. This was the turning point in Octave’s career.
Continue Reading Below
Career
He assumed the name “J-Black” and started getting serious about a career in rapping. Shortly after he turned 12, he joined a local small-time rap group named ‘Brutal Youngnz.’ When his plans with the band did not materialize, he joined another group named ‘The Kolyons.’
In December 2013, Kodak released his debut mixtape, ‘Project Baby.’ It did well at the local night clubs and brought Kodak significant fame. Over the next two years, he released two more mixtapes, ‘Heart of the Projects’ and ‘Institution.’
Although his music was appreciated locally, he was yet to gain widespread attention. In October 2015, famous rapper Drake danced to one of Kodak’s songs, ‘Skrt.’ This was one of Kodak’s major career-defining moments. Following this, the number of ‘Google’ searches for his song soared and he was exposed to national fame.
‘Atlantic Records’ wanted to cash in on Kodak’s increasing popularity and offered him a contract. In May 2016, Kodak announced the ‘Parental Advisory Tour.’ However, he could not attend the event for personal reasons.
French Montana was one of the first mainstream rappers to collaborate with Kodak, and the first single that resulted from this collaboration was titled ‘Lockjaw’ and was released in May 2016. The song featured on several hip-hop and R&B charts.
In August 2016, his solo single ‘Skrt’ was featured on various R&B and hip-hop charts. He took full advantage of his fast-growing popularity and released his fourth mixtape, ‘Lil B.I.G. Pac,’ sometime later. The mixtape was released by ‘Atlantic Records.’ It became his first album to feature on the ‘Billboard’ music charts.
‘XXL’ included him in their ‘2016 Freshman Class.’ However, the success was marred due to an incident on social media. A video on social media showed him ridiculing a black woman through rap. The lyrics implied that she was not as beautiful as a white-skinned woman.
In early 2017, Kodak released a single titled ‘Tunnel Vision.’ The song reached the top of many American music charts. It debuted at the 27th spot and peaked at number six on the ‘Billboard Hot 100.’ This was a huge achievement since Kodak was a relatively new artist back then.
In March 2017, Kodak released his debut studio album, ‘Painting Pictures,’ and it turned out to be one of his most successful projects to date. The album peaked at the third spot on the ‘Billboard 200’ chart.
In August 2017, Kodak released ‘Project Baby 2,’ the sequel to his mixtape ‘Project Baby.’ One of the singles from the album, ‘Codeine Dreaming,’ became particularly successful and peaked at the 52nd spot on the ‘Billboard Hot 100’ chart.
On Valentine’s Day 2018, Kodak released another mixtape, ‘Heartbreak Kodak,’ which was yet another success.
Personal Life
In 2014, Kodak Black stated that he wished to finish his education at the ‘Blanche Ely High School’ in Pompano Beach.
During one of his countless visits to jail, he came in touch with a Hebrew minister who gave him some lessons on Hebrew scriptures. Following this, Kodak officially became a Hebrew Israelite. He also changed his official name to “Bill K. Kapri.”
He has been in a relationship with rapper Cuban Doll.
Controversies
Kodak Black is one of the most controversial modern rappers. He has been to jail several times over charges that were sometimes petty and sometimes major in nature. He has been charged with possession of weapons, possession of cannabis and armed robbery.
In January 2017, he was dragged into a major controversy when he recorded a video of himself with several other men and posted it on ‘Instagram.’ The video showed a woman performing oral sex on the men. Following the outrage, he deleted the video and apologized publicly.
In June 2017, he openly admitted that he preferred white women over black women because according to him, black women were "too gutter." This caused a major controversy.

See the events in life of Kodak Black in Chronological Order 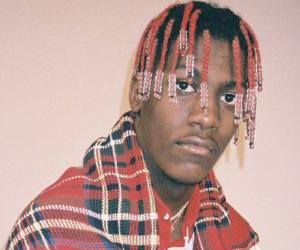