(Best Known for Her Roles in the TV Series: 'Gilmore Girls' and 'The Handmaid's Tale')

Alexis Bledel is a famous American model, actress, and producer who shot to fame with the hit television series ‘Gilmore Girls.’ Her charismatic personality won the hearts of millions around the world and earned her a number of roles in coming-of-age series and movies. Apart from appearing in ‘Gilmore Girls,’ she has also played important roles in films like ‘The Sisterhood of the Traveling Pants,’ ‘The Sisterhood of the Traveling Pants 2,’ ‘Sin City,’ and ‘Tuck Everlasting.’ Before she became an actress, she was a budding model. She posed for years in front of the camera and appeared on the covers of a number of magazines, including ‘Teen People,’ ‘TV Guide,’ ‘Latina,’ ‘Entertainment Weekly,’ ‘WWD,’ and ‘Elle Girl.’ She started her modeling career when she was in high school. Since then, she has traveled to a number of cities around the world, including Tokyo, Milan, New York City, and Los Angeles. During the peak of her career, she admitted that she did not want to make a living by playing only television roles. Instead, she wanted to focus on her career as a film actor and model. American People
Actresses
American Women
Texas Actresses
Virgo Models
Childhood & Early Life
Alexis Bledel was born Kimberly Alexis Bledel on 16 September 1981, in Houston, Texas, USA, to Nanette and Martin Bledel. She has a younger brother named Eric. Her family is not of American origin and is primarily from Argentina. Alexis is of Scottish, English, Dutch, and Latin American ancestry.
She grew up in a Spanish household and learnt English only after attending school. Bledel considers herself a Latina.
She studied at ‘St. Agnes Academy’ in Houston and in other Baptist and Lutheran schools. She was a very shy girl. In order to overcome her shyness and nervousness, her mother asked her to take up theater classes.
She soon began appearing in a number of school and local productions, including ‘Our Town’ and ‘The Wizard of Oz.’
She was spotted at a local mall and was given an opportunity to work as a fashion model. She soon rose to fame and went to ‘Page Parkes Center for Modeling and Acting.’ She also studied at ‘Tisch School of the Arts’ at the ‘New York University’ for a year.
In 1998, she appeared in an uncredited role as a student in the film ‘Rushmore.’ 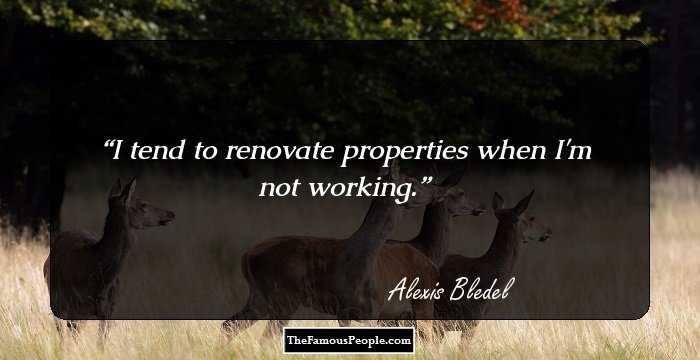 Continue Reading Below
Career
She made her television debut as ‘Rory Gilmore,’ the lead protagonist, in the hit American series ‘Gilmore Girls’ in 2000. Two years later, she was cast as ‘Winnie Foster’ in the film ‘Tuck Everlasting.’
In 2004, she starred in ‘DysEnchanted,’ a short film. The same year, she also played ‘Georgina Darcy’ in ‘Bride and Prejudice.’ She earned critical acclaim for her role as ‘Becky’ in ‘Sin City’ in 2005. The same year, she also played ‘Lena Kaligaris’ in ‘The Sisterhood of the Traveling Pants.’
She co-starred with Jay Baruchel in ‘I’m Reed Fish,’ which released in theatres on June 1, 2007. 2007 also marked the ending of her seven year spell with the popular series ‘Gilmore Girls’ where she had starred as ‘Rory Gilmore.’
In 2008, she reprised her role as ‘Lena Kaligaris’ in the sequel of ‘The Sisterhood of the Traveling Pants,’ ‘The Sisterhood of the Travelling Pants 2.’ She acted in three movies the following year: ‘The Good Guy,’ ‘Post Grad,’ and ‘The Ballad of G.I. Joe.’
In 2009, she signed a contract with the modeling department of ‘IMG.’ She also appeared as ‘Dr. Julia Wise’ in an episode of the television series ‘ER.’
In 2010, she starred in ‘The Conspirator’ as ‘Sarah Weston.’ The movie was critically acclaimed and was showcased at the ‘Toronto International Film Festival.’ The movie was released for theatrical viewing on April 15 the following year.
In 2010, she was also seen in the film ‘The Kate Logan Affair.’ The following year, she appeared in ‘Girl Walks into a Bar,’ which was premiered on YouTube.
In 2011, she was cast as ‘Violet’ in ‘Violet & Daisy.’ She also appeared in the theatre production of ‘Love, Loss, and What I Wore.’ The next year, she acted in the film ‘The Brass Teapot.’
She was seen as ‘Beth Dawes’ in three important episodes of the hit American television series ‘Mad Men’ in 2012. The same year, she was cast as ‘Chrissie Myers’ in the theater production of ‘Regrets.’
Continue Reading Below
In 2013, she appeared in ‘Remember Sunday,’ a telefilm. She also appeared in the television show ‘Us & Them’ where she played the lead role. In 2014, she played ‘Sarah’ in Brian Horiuchi's romantic drama film ‘Parts per Billion.’
In 2015, she made a guest appearance in the TV series ‘Motive.’ She also appeared in the movie ‘Jenny’s Wedding.’ The following year, she was part of ‘Gilmore Girls: A Year in the Life,’ a sequel to the TV series ‘Gilmore Girls.’
In 2017, she joined the ‘Hulu’ dystopian web drama series ‘The Handmaid’s Tale’ where she portrayed the character of a bisexual woman named ‘Emily Malek.’ In 2019, she was seen alongside Beau Knapp and Luke Hemsworth in the crime drama ‘Crypto.’
Alexis is expected to reprise her role as ‘Lena Kaligaris’ in the third installment of the movie series ‘Sisterhood of the Traveling Pants.’ 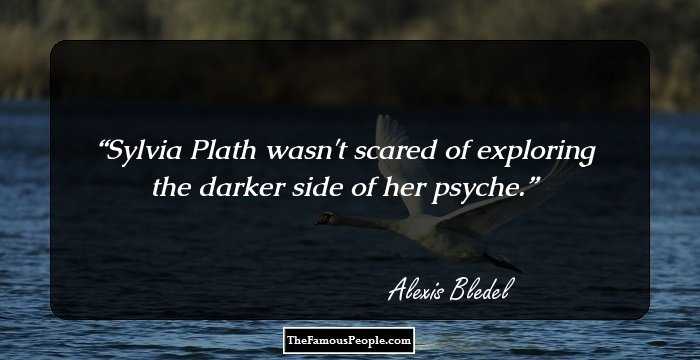 Major Works
She played the role of the lead protagonist ‘Rory Gilmore’ in the comedy-drama television series ‘Gilmore Girls.’ This WB show earned widespread critical acclaim and ran for seven years from 2000 to 2007. After 153 episodes and seven successful seasons, the show earned a number of critical awards, including the ‘Emmy Award.’ It was placed in the ‘Entertainment Weekly’s’ list of ‘New TV Classics’ at no. 32. The show is also featured on ‘Time’ magazine’s list of ‘All-TIME 100 TV Shows.’
Awards & Achievements
She won the ‘Young Artist Award’ for ‘Best Performance in a TV Drama Series – Leading Young Actress’ for ‘Gilmore Girls’ in 2001.
She was presented the ‘Family Television Award’ for ‘Best Actress’ for ‘Gilmore Girls’ in 2002.
In 2002, she was named as one of the ‘25 Hottest Stars Under 25’ by ‘Teen People’ magazine.
Continue Reading Below
She won the ‘Teen Choice Award’ for ‘TV — Choice Comedy Actress’ for ‘Gilmore Girls’ in 2005.
For her portrayal of a handmaid in the series ‘The Handmaid’s Tale,’ she won the ‘Primetime Emmy Award’ for ‘Outstanding Guest Actress in a Drama Series’ in 2017. 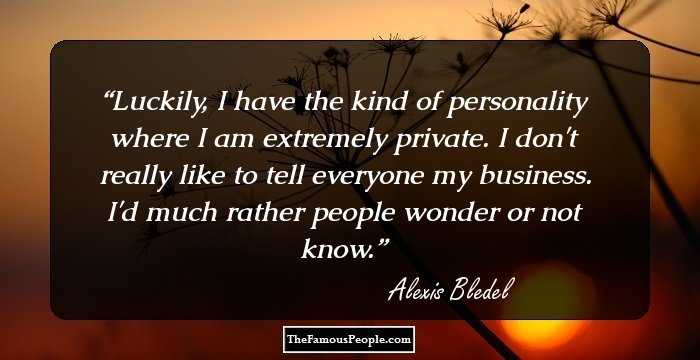 Quotes: Business, Personality
Personal Life & Legacy
She dated Milo Ventimiglia, her ‘Gilmore Girls’ co-star, from 2002 to 2006.
In 2012, she asked her fans to support the re-election of President Barack Obama.
She secretly married her ‘Mad Men’ co-star Vincent Kartheiser in June 2014. The couple was blessed with a baby boy in the fall of 2015.
Apart from films, she loves watching World Equestrian Games. She also enjoys photography, writing, and spending time with her family.
Trivia
This famous American actress and model hates coffee in real life. However, her character ‘Rory Gilmore’ in ‘Gilmore Girls’ consumes coffee on a daily basis.

Quotes By Alexis Bledel | Quote Of The Day | Top 100 Quotes

See the events in life of Alexis Bledel in Chronological Order