Advanced Search
Keyshia Ka’Oir, previously known as Keyshia Dior is a Jamaican-American model, actress and businesswoman. She is famous for her cosmetics company KA’OIR, which she owns and is the current CEO of. The ‘KA’OIR Cosmetics Brand’ has been one of the most successful brands since 2011. She capitalized on her fame and popular fan base to build a cosmetic empire after changing her name from Keyshia Dior to Keyshia Ka’Oir and by launching an exclusive range of brightly colored lipsticks. The idea behind it was to unify women of all complexions and soon it garnered the attention of celebrities like Trina, Nicole Snooki Polizzi, and Teyana Taylor. Besides a hugely successful commercial career, she has also created the pink lipstick called ‘Survivor’. It is her way of giving back to the community as a majority of the proceeds go towards raising breast cancer awareness and to Susan G. Komen Breast Care Foundation. Georgina Rodrí...
DID WE MISS SOMEONE?
CLICK HERE AND TELL US
WE'LL MAKE SURE
THEY'RE HERE A.S.A.P
Quick Facts 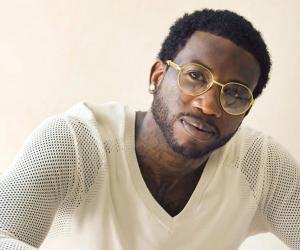 Jamaican People
Business Women
Jamaican Women
Women CEOs
Female Models
Career
After moving to Miami, USA, from Kingston, Jamaica, Keyshia Ka’Oir started as a stylist for celebrities. She moved to modeling when she was cast as the jealous ex-wife, Lisa in Timbaland & Drake’s mini-movie cum music video ‘Say Something’. She was ushered into the limelight after this and went on to feature in music videos, magazine covers and even win the ‘2010 XXL Magazine Model of the Year’.
In 2011, she rebranded herself as Keyshia Ka’Oir, by following her entrepreneurial spirit and released not only a number of bright colored lipsticks but her very own cosmetic company ‘Ka’oir Cosmetics’. The brand stood out because of its fun makeup colors and she earned her first million in a year.
There was no stopping her thereafter as celebrities started flocking towards ‘Ka’oir Cosmetics’. The lipsticks ‘KA’OIR Force’ and ‘S.T.O.P, Pool Party’, became instant hits and she soon launched ‘Ka’oir glitzsticks’, nail lacquers, lip gloss, and other makeup accessories. Being the CEO of her company, Keyshia also took her company to the next level by signing endorsement deals with musician/rapper, Trina, the Jersey Shore star Snooki, and Teyana Taylor. She has been an inspiration to young women, particularly Black women, to help build their self-confidence and integrity in the brutal and ever-changing industry. She has also been an active supporter of raising breast cancer awareness.
Recommended Lists:

Capricorn Models
Jamaican Models
Capricorn Entrepreneurs
Jamaican Business People
Continue Reading Below
Controversies & Scandals
Following her marriage to musician/rapper Gucci Mane, there were rumors and claims by a woman named Tanya Dazzle that she was Keyshia’s sister and not invited to the wedding. There have also been rumors that she had three children before leaving Jamaica. All the rumors were strongly denied by Keyshia Ka’Oir.
Recommended Lists:

Capricorn Women
Personal Life
Keyshia Ka’Oir was born on January 10, 1985, in Kingston, Jamaica. Her family moved to Florida, USA when she was 17 years old. She had three brothers and one of them was killed. She met Gucci Mane after the rapper noticed her on magazine covers. She starred in one of his music videos and began a relationship with the rapper. But they hit a roadblock after Gucci Mane was arrested on charges of possession of illegal firearms. Following his release on May 26, 2016, they continued their relationship and on November 22, 2016, Gucci Mane proposed to her in the middle of an Atlanta Hawks game. The couple got married on October 17, 2017, in a hugely televised event and the marriage was attended by A-list celebrities like Sean “Diddy” Combs, Lil Yachty, 2 Chainz, Big Sean, and Jhene Aiko among many others.