Kento Yamazaki is a Japanese film and television actor known for his roles in dramas, such as ‘Water Polo Yankees’ and ‘Death Note.’ Born and brought up in Tokyo, Japan, he started his acting career in 2010 with the series ‘Leregonomin ba Kento.’ He made his film debut in the 2011 film ‘Control Tower,’ where he essayed the leading role. Since then, he has moved from strength to strength, and become one of the most celebrated young Japanese actors of his time. His acting in films, such as ‘Orange’ and ‘One Week Friends’ was particularly lauded, and he also appeared in some critically and commercially successful television dramas, such as ‘Mare,’ ‘Death Note,’ and ‘Water Polo Yankees.’ In 2017, Kento appeared in leading roles in four back-to-back films. Kento won the ‘Newcomer of the Year Award’ at the ‘Japan Academy Prize’ and in the same year, he was also nominated for the ‘Best New Artist’ award at the ‘Hochi Film Awards.’ Japanese People
Virgo Actors
Japanese Actors
Actors Who Are In Their 20s
Japanese Film & Theater Personalities
Childhood & Early Life
Kento Yamazaki was born on September 7, 1994, in Tokyo, in a middle class household. His parents worked hard to provide Kento and his elder brother with sufficient comfort. He grew up seeing his parents’ struggle to make both ends meet, and became more mature than other children of his age.
He loved playing soccer and was really good at it. He claimed in later interviews that as a child, he dreamed of becoming a professional soccer player, and coach the national team once after retirement.
Having artistic instincts, Kento loved reading mangas and dreamed of becoming a manga artist some day. He was a fan of ‘Death Note,’ and later in his career, when he became a part of the series based on it, his joy seemed no bound.
By his early teenage, he had become well aware of how good he looked. He was a popular kid in elementary school, and upon his friends’ advice, he started sculpting his body to pursue a career in modelling.
His first modelling assignment came during the third year of his junior high school. Slowly, he started getting good offers and within no time, he was travelling the entire country due to his hectic modelling schedule. With a fairly successful modelling career, he started to think of pursuing a career in films.
Continue Reading Below
You May Like

The Sexiest Men Of 2020, Ranked
Career
The transition from modelling to films wasn’t a difficult one for Kento, as it was natural for models to look for a career in acting. At a young age of 16, he got his first acting assignment in the series ‘Leregnomin ba Kento.’ It was followed by ‘Clone Baby,’ which established Kento as a solid young actor.
He made his film debut with ‘Control Tower’ and his acting received positive feedback.
Thereafter, he appeared in ‘The Wings of Kirin’ in 2012. He played an important role in this big budget supernatural thriller. In the same year, Kento played the lead role in the horror thriller film ‘Another.’ The latter turned out to be a major box office success and collected more than 5 million US dollars at the Japanese box office alone.
Kento was virtually unstoppable in 2012, and by the end of the year, he appeared in three more films, namely ‘The Chasing World 3,’ ‘The Chasing World 5’ and ‘Kyo, koi o Hajimemasu.’ In the former two, Kento essayed the lead roles, and received appreciation for both.
After a slow 2013, he appeared in the 2014 film ‘L DK’ in a leading role. The film was based on a highly successful manga of the same name and turned out fairly successful.
In 2015, he starred as the main lead in another successful manga adaptation titled ‘Heroine Shikkaku,’ and just like the manga, the film was a critical and commercial success. It grossed more than 20 million USD and turned out to be the highest grossing film of the year.
In the same year, he appeared in another television adaptation of a famous manga ‘Death Note.’ It was the tale of a highly intelligent young man and his friendship with the god of death. The series was a success and added to Kento’s fame.
By now, Kento had become the ‘go-to’ guy for manga adaptations. In 2015, he appeared in the film ‘Orange,’ which too was based on a manga of the same name.
His next manga adaption film was ‘Your Lie in April,’ which debuted at the third spot on the Japanese box office and eventually became one of the highest grossing films of the year. Kento played the leading role of ‘Kosei Arema’ in the romance drama.
In early 2016, he appeared in the comedy drama TV series ‘A Girl and Three Sweethearts.’ The series became such a huge success that the broadcasting rights were sold in Thailand, Singapore, Myanmar, Sri Lanka, Vietnam, and Mongolia. This success furthered Kento’s fame beyond japan.
In 2017, he appeared in ‘One Week Friends,’ an original youth romance film. The film received some moderate ratings by the critics and its performance was average at the box office.
In the same year, he appeared in the science fiction film ‘The Disastrous Life of Saiki K.’ The film released in mid 2017, and slowly and steadily became one of the biggest hits of the year, after an initial cold response from the critics.
His last project of 2017 was ‘Hyouka: Forbidden Secrets,’ which was based around a mystery novel.
Although most of his performances have been appreciated by the general public and the critics, he hasn’t yet received many awards. In 2016, he won the ‘Japan Academy Prize’ for ‘Newcomer of the Year’ and got nominated for the ‘Best New Artist’ at the ‘Hochi Awards.’
Personal Life
Kento Yamazaki is a huge fan of mangas and owns a huge collection in his house. He is also a part time musician and plays guitar very well.
Kento has never opened up about any of his relationships, but his on-off relationship with actress Nikaido Fumi has often surfaced in the media.
You May Like

See the events in life of Kento Yamazaki in Chronological Order 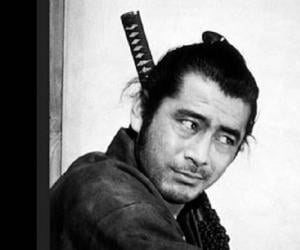