Kelly Rowland was born Kelendria Trene Rowland to Doris Rowland Garrison and Christopher Lovett. Her mother left her alcoholic father with her, and later placed her in a rapping and dancing group named Girl’s Tyme renamed as Destiny’s Child years later. The group produced albums such as the self-titled “Destiny’s Child”, “The Writing’s on the Wall” and “Destiny Fulfilled”. Their most successful hit was “Say My Name” and “Survivor” both of which won Grammy Awards. Destiny’s Child’s recorded “Independent Women Part I” which appeared on the soundtrack to “Charlie’s Angels”. It topped the Billboard Hot 100 for eleven consecutive weeks. Rowland has also worked solo. Her music transcends across various genres including contemporary R&B, pop, hip hop, soul, rock and dance. Her debut solo album was “Simply Deep” followed by the albums, “Ms. Kelly”, and “Here I Am”. The song “Dilemma” with Nelly from her album “Simply Deep” won her a Grammy for Best Rap/Sung Collaboration. She began her acting career with a recurring role in the sitcom “The Hughleys” as Carly. She won guest roles in “Eve” as Cleo, and in “American Dreams” as Martha Reeves. Her movie debut was in the successful film “Freddy vs. Jason” in the supporting role of Kia Waterson. She continues to amaze her audiences with both her singing and acting. American People
Actresses
Musicians
Lyricists & Songwriters
Reality TV Personalities
Childhood & Early Life
Kelly Rowland was born on February 11, 1981 as Kelendria Trene Rowland to Doris Rowland Garrison and Christopher Lovett. Her father was an abusive alcoholic so her mother left him taking Kelly with her.
Doris relocated to Houston, and placed Kelly into a rapping and dancing group named Girl’s Tyme in 1992, originally consisting of six members including Beyoncé Knowles and LaTavia Roberson.
Arne Frager saw the group’s performance, and brought them to The Plant Recording Studio. He debuted them in Star Search, the biggest talent show on national TV then, but lost the competition.
Beyonce’s father, Mathew Knowles, began managing Girl’s Tyme. Rowland moved in with the Knowles. With LeToya Luckett joining the group in 1993, they changed their name to Destiny’s Child. 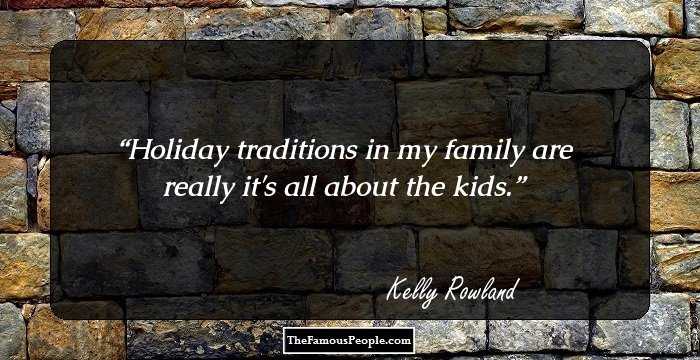 Rhythm & Blues Singers
American Women
Georgia Actresses
Georgia Musicians
Career & Later Life
Destiny’s Child signed to Columbia Records in 1997. They recorded their debut song “Killing Time”, for the soundtrack to the film, “Men in Black”.
In 1998, Destiny’s Child released their self-titled debut album, with hits such as “No, No, No”. It won them three Soul Train Lady of Soul Awards.
Their second album, “The Writing’s on the Wall”, released in 1999, went multi-platinum. It featured their most popular songs, “Bills, Bills, Bills”, “Jumpin’ Jumpin’”, and “Say My Name” which became their most-successful song.
With Knowles, Rowland and Michelle Williams as Destiny’s Child’s lineup, they recorded “Independent Women Part I” which appeared on the soundtrack to “Charlie’s Angels”. It topped the Billboard Hot 100 for eleven consecutive weeks.
In 2002, she began acting with a recurring role in the sitcom “The Hughleys” as Carly. The following year, she bagged guest roles in “Eve” as Cleo, and in “American Dreams” as Martha Reeves.
In August 2003, she made her movie debut in the film “Freddy vs. Jason” in the supporting role of Kia Waterson, which grossed $114.5 million at the box office worldwide.
In 2004, Rowland starred opposite Duane Martin and Shemar Moore in the romantic comedy “The Seat Filler”, as Jhnelle, a pop star who falls for an awards-show seat filler mistaking for an entertainment attorney.
Rowland rejoined Beyoncé and Michelle Williams for Destiny’s Child’s final studio album “Destiny Fulfilled”, released in November 2004. It reached number two on the Billboard 200, with the singles “Lose My Breath”, and “Soldier”.
In 2005, Destiny’s Child embarked on a worldwide concert tour, “Destiny Fulfilled ... And Lovin’ It”. They released their first compilation album “Number 1’s” in October, which peaked at number one on Billboard 200.
Continue Reading Below
In 2009, Rowland split from her manager, Matthew Knowles and Columbia Records. Her first compilation album, “Work: The Best of Kelly Rowland”, was released the following year, but failed to make an impact.
In 2011, Rowland reunited with Nelly on “Gone”. The song failed to reprise the success of “Dilemma”. Rowland’s second compilation album, “Playlist: the Very Best of Kelly Rowland” also failed to impact the charts.
Rowland’s single “Motivation”, with Lil Wayne from the album “Here I Am” won Song of the Year at the 2011 Soul Train Music Awards, and received a Grammy Award nomination for Best Rap/Sung Collaboration.
In January 2013, Destiny’s Child released a compilation album entitled “Love Songs”, a collection of romance-themed songs from their previous albums along with a new song “Nuclear”.
Rowland fourth studio album “Talk a Good Game” was released on June 18, 2013 following the release of the singles “Kisses Down Low” and “Dirty Laundry”. 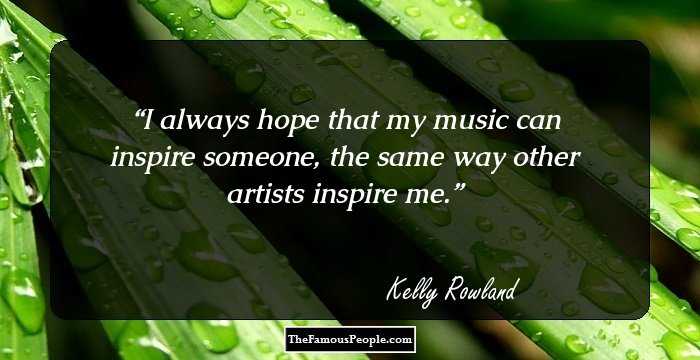 Aquarius Actresses
Aquarius Musicians
American Musicians
American Actresses
Awards & Achievements
In 2006, Rowland received two awards from ASCAP as a member of Destiny's Child for “Lose My Breath” and for “Soldier” (Destiny's Child feat. T.I. and Lil Wayne) in the Most Performed Song category.
From 2001 to 2003, Rowland with Destiny's Child won two Grammys for “Say My Name” and “Survivor” for Best R&B Performance by a Duo/Group with Vocals. “Say My Name” also won for Best R&B Song.
In 2003, the song “Dilemma”, with Nelly, from her album “Simply Deep” won her a Grammy for Best Rap/Sung Collaboration, and the Hot Rap Track of the Year award from Billboard R&B/Hip-Hop Awards. 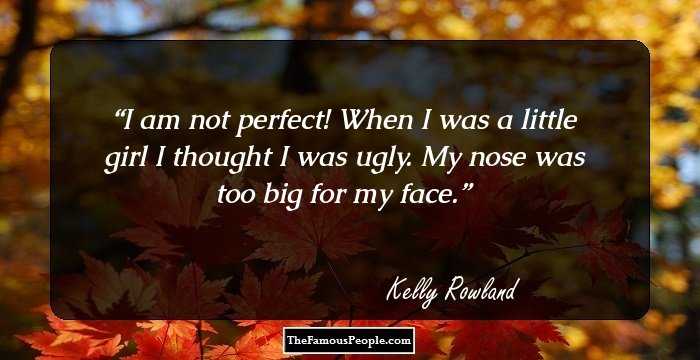 Actresses Who Are In Their 40s
American Women Singers
American Female Musicians
Female Reality TV Stars
Personal Life & Legacy
Rowland began dating American football player Roy Williams in 2004, and they got engaged later that year. The couple, however, called off their engagement two months prior to the planned wedding ceremony.
In 2005, Rowland and Beyoncé founded the charity, Survivor Foundation, to provide housing for victims of Hurricane Katrina in Houston, Texas, and extended the Knowles-Rowland Center for Youth, a multi-purpose community outreach facility.
Recommended Lists:

Quotes By Kelly Rowland | Quote Of The Day | Top 100 Quotes

See the events in life of Kelly Rowland in Chronological Order