Kelly Lynch is an American model and actress. She is known for her roles in the films Road House and Drugstore Cowboy, for which she garnered an Independent Spirit Award nomination. She is also recognized for appearing in the drama series The L Word, 90210 and Magic City. Born to a restaurateur and a modern dancer, Kelly Lynch kicked off her career as a flight attendant. She then began working as a model for Elite and subsequently landed roles in films and television. Although the actress has done selective work within a period of more than three decades, she has managed to create a loyal fan base for herself. The talented actress is committed to constantly improve her acting skills and has appeared in a variety of challenging and versatile roles. On a personal note, Kelly Lynch has been married to writer cum producer Mitch Glazer since 1992. She also has a daughter from a previous relationship. 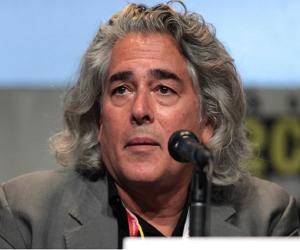 Kelly Lynch started her career as a model. She made her television debut in an episode of the 1986 drama series The Equalizer. This was followed by her guest roles in The Hitchhiker and Miami Vice. Her film debut came in 1988 when she was cast as Elaine in the drama film Bright Lights, Big City. That year, the actress also starred in the romantic drama movie Cocktail as Kerry Coughlin.

In 1989, she gave her breakthrough performance as a lead in Drugstore Cowboy, a crime drama film based on an autobiographical novel by James Fogle. Kelly Lynch’s performance in the flick garnered positive reviews and earned her an Independent Spirit Award nomination.

Soon after this, she starred in Desperate Hours, which was the remake of the 1955 crime drama film of the same title.

In the year 2004, Kelly Lynch began playing Ivan Aycock in the American-Canadian drama The L Word. Six years later, she started portraying Laurel Cooper in the series 90210. In 2012 and 2013, Kelly Lynch portrayed the character of Meg Bannock in TV series Magic City. She next starred in The Frontier, a crime film also starring Jocelin Donahue, Jim Beaver, Jamie Harris, Izabella Miko and Liam Aiken. In 2017, Kelly Lynch was cast in the lead role in the series Mr. Mercedes.

Kelly Lynch was born on January 31, 1959, in Minneapolis, Minnesota, USA, to Robert Lynch, a restaurateur, and Barbara Lynch, a modern dancer. She has a sister named Robin. Kelly graduated from Guthrie Theater Drama School.

Coming to her love life, Kelly Lynch has been married to Mitch Glazer, a well-known producer and writer, since 1992. She has a daughter named Shane who was born from a previous relationship.