Five times Grammy Award winning American actress and comedian, Kathy Griffin is one of the most talented and multifaceted comedians. She has made her audiences laugh merrily with her comedic skills and her laughter invoking discussions about Hollywood stars and celebrity blunders. Two times Emmy Award winner, Kathy Griffin is best known for her trademark rapid fire wit and her capability to fast-talk on any subject. She is also recognised for her ability to relate her experiences with celebrities in her stand-up comedy. She gained recognition and fame with her reality show, ‘Kathy Griffin: My Life on the D-List’, which won her two Primetime Emmy awards. This feisty red-head began her career with the Los Angeles comedy group called, ‘The Groundlings’. After which she went on to audition for many roles and appeared in minor roles in movies and television shows. She is also an author of her autobiographical book, ‘Official Book Club Selection: A Memoir According to Kathy Griffin’, which was one of the bestselling books that also featured on the New York Times Bestseller list.To learn more interesting and intriguing facts about her childhood, personal life and professional achievements in the field of movies, television and comedy, scroll down and continue to read this biography.
Continue Reading Below American People
LGBT Rights Activists
American Women
Illinois Actresses
Women Activists
Childhood & Early Life
Kathleen Mary Griffin was born to John Patrick Griffin and Mary Margaret in Oak Park, Illinois. She studied at the St. Bernadine's Elementary School.
She later went to the Oak Park and River Forest High School, where she enthusiastically became a part of the school’s musical theatre group. During this time, her love for acting flourished and she aspired to be an actress.
By the time she was eighteen, her family relocated to Los Angeles in order to help her gain more opportunities in the field of acting. 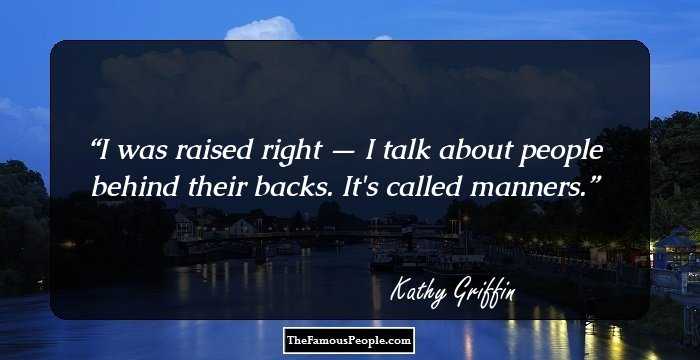 The Hottest Male Celebrities With The Best Abs
Career
Her first appearance on television was in a minor role in the Chicago White Sox commercial, which is a Major league baseball team. She later signed up with a number of talent agencies in Chicago.
In the early 1980s, she became a part of the improvisational and sketch comedy group called, ‘The Groundlings’. During this period she struggled to make it big and failed in auditions.
In 1980, she played the role of an ‘alien extra’ in the science fiction film, ‘Battle Beyond the Stars’, which was directed by Jimmy T. Murakami. The film did not do much for her career as she was not noticed.
She was seen in the comedy TV show, ‘On the Television’ (1989), which was a satirical and critical television show. She appeared in the episode titled, ‘Beauty and the Beast’.
In 1991, she played the role of ‘Connie’ in the horror film, ‘The Unborn’, based on a story revolving around a married couple. The film was directed by Rodman Flender.
She was seen in the Quentin Tarantino film, ‘Pulp Fiction’ in 1994, in which she played the part of a hit-and-run witness. The film received immense positive reviews.
In 1995, she played the role of ‘Dolores Minky’ in the episode, ‘Motherhood’ of the American television drama series, ‘ER’. The series was created by Michael Crichton.
In 1996, she appeared in two episodes of the ‘Saturday Night Special’ and the same year she was seen in the American animated TV series, ‘Dr. Katz, Professional Therapist’.
In 2000, she was seen in the episode, ‘Fight Club’, from the science fiction-horror drama series titled, ‘The X-Files’. The series was created by Chris Carter.
Continue Reading Below
In 2002, she played herself in the comedy film, ‘Run Ronnie Run’, which was based on the HBO show ‘Mr Show’. The film was directed by Troy Miller and received good reviews from critics.
She played the role of ‘Kathy’, in the episode titled ‘The Eagle Has Landed’ (2002), from the ABC sitcom ‘The Drew Carey Show’. The show was set in Cleveland, Ohio.
In 2005, she played the role of ‘Madame Belly’ in the film, ‘Dirty Love’, which was directed by John Mallory Asher. The film was a critical failure and received negative reviews.
On August 3, 2005, she came out with her own reality TV show titled, ‘Kathy Griffin: My Life on the D-List’, which depicted her struggle and experiences to achieve success in Hollywood.
In 2008, she came out with the comedy album ‘For Your Consideration’, which was her first audio only release. The album received a Grammy Award nomination.
On November 3, 2009 she released her Grammy Award nominated comedy album, ‘Suckin' It for the Holidays’. The album featured the tracks, ‘Happy Kwaanza’ and ‘Congratulations’.
In 2010, she was seen in the documentary film, ‘Joan Rivers: A Piece of Work’, which was based on the life of comedian, Joan Rivers. The film was also screened at the San Francisco International Film Festival.
In 2011, she was the guest judge for the season 17, episode seven of the American reality television show, ‘America's Next Top Model’. The show was created by model, Tyra Banks.
In 2012, she began to host the late night talk show, ‘Kathy’, in which she performs many stand-up-comedy acts. The show is directed by Lenn Goodside.
Continue Reading Below 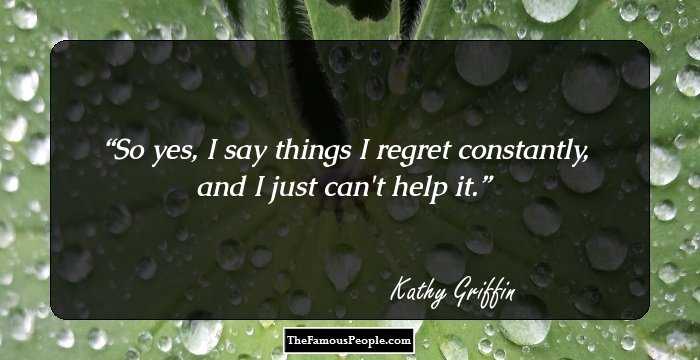 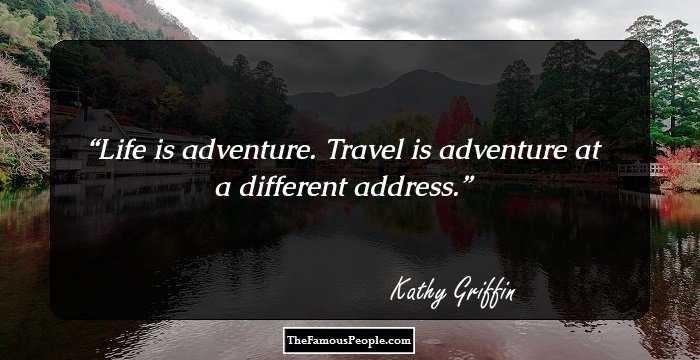 Quotes: Life
Personal Life & Legacy
In 2001, she married Matt Moline in Hollywood. Unfortunately, the marriage ended in a divorce in 2006.
In 2007, she began a romantic relation with Steve Wozniak, who is the co-founder of ‘Apple Inc.’.
In 2009, she came out with her autobiographical book titled, ‘Official Book Club Selection: A Memoir According to Kathy Griffin’. The book was featured on The New York Times Best Seller list.
Trivia
This Grammy Award winning American comedian and actress accused her husband on a television show to have stolen a sum of $72,000 from her.

See the events in life of Kathy Griffin in Chronological Order