KateUpton is an American model and actress. She is widely recognized for gracing the covers of famous magazines, including Vanity Fair’s 100th Anniversary issue, ‘Sports Illustrated Swimsuit,’‘Cosmopolitan,’‘British Vogue,’‘French ELLE,’‘Esquire,’ and ‘Jalouse.’ She has featured in fashion editorials for ‘Harper’s Bazaar,’‘V Magazine,’ and ‘Vogue Spain.’ She is also an actress, having played important roles in movies like ‘Tower Heist’ and ‘The Other Woman.’ Apart from appearing in the popular late-night comedy show ‘Saturday Night Live,’ she has also appeared in a number of talk shows, including 'Jimmy Kimmel Live,' 'The Late Show,' 'Late Night with Jimmy Fallon,' and 'The Ellen DeGeneres Show' amongst others. Kate has also worked with some of the most renowned photographers in the fashion world.As a model, she has appeared in several commercials for brands like ‘Sobe,’‘Carl’s Junior,’ and ‘Mercedes Benz.’She has also worked with ‘Gillette’ and ‘Skull Candy.’While working with ‘Beach Bunny Swimwear,’she designed a collection for the brand. A keen dancer, Kate made heads turn when her dance video went viral on YouTube; she danced to the song ‘Teach Me How to Dougie’ by ‘Cali Swag District.’ Kate Upton was born Katherine Elizabeth Upton on June 10, 1992, in St. Joseph, Michigan, USA, to Shelley and Jeff Upton. She shifted to Florida when she was seven years old and studied at the ‘Holy Trinity Episcopal Academy.’

In high school, she was an equestrian and competed at national level competitions, including the ‘American Paint Horse Association’ (APHA). With her horse Roanie Pony, she won three ‘Reserve World Championships’ and was named the ‘Under Reserve All-Around Champion,’takingher overallchampionship count to four. She ended up securing the third place on the APHA youth top twenty list.

In 2009, she won the ‘Western Riding’ and ranked amongst the top five in Horsemanship and Western Pleasure with her new horse Zipped.

Kate started modeling at the age of 15 after being signed to ‘Elite Model Management’ in 2008. She then moved to New York City and signed with ‘IMG Models.’

Her first modeling assignment was to model for clothing companies like‘Dooney& Bourke’ and ‘Garage.’ She was the face of ‘Guess’ in the 2010-11 issue and also appeared in the ‘Swimsuit Issue’ of ‘Sports Illustrated.’ She wore one of the ‘Bunny Suits’ which she designed. ‘Esquire’ named her ‘The Woman of the Summer.’

In 2011, she posted a video of herself dancing at a ‘Los Angeles Clippers’ game. Her moves turned several heads and the video became a chart topper on YouTube. This video proved the importance of social media in increasing a model’s popularity, something which was previously determined by her performance on runway shows. She also posted a video of herself doing the ‘Cat Daddy Dance’ in 2012, which led to a substantial increase in her fan base.

In June 2011,Kate made a guest appearance in an episode of the American television series ‘Tosh.0.’She also took part in the ‘All-Star Legends & Celebrity Softball Game’ by ‘Taco Bell’ in Arizona.

Kate Upton debuted as an actor by appearing in a cameo role in the movie 'Tower Heist.' She was also seen playing the role of ‘Sister Berenice’ in the 2012 comedy film ‘The Three Stooges.’

In 2012 and 2013, she appeared on the cover of the ‘Swimsuit Issue’ by ‘Sports Illustrated.’ She went through a tough time during both the shoots.The 2012 shoot garnered a lot of negative feedback and criticism, while the second shoot, which was shot in Antarctica, exposed her to harsh weather conditions, nearly causinghypothermia.

The first half of 2014 saw Kate star in ‘The Other Woman’ alongside actors like Cameron Diaz and NikolajCoster-Waldau. In the movie, she played ‘Amber,’ Mr. Hightower’s mistress. Later that year, she was seen in the music video of Lady Antebellum’s single ‘Bartender.’ She was also the main feature in the $40 million advertising campaign for a mobile app called ‘Game of War: Fire Age.’

In 2017, she was seen in William H. Macy's movie ‘The Layover’ where she portrayed ‘Meg.’ The same year, she was cast in James Franco’s biographical comedy-drama film ‘The Disaster Artist.’ However, the scenes in which she appeared did not make the final cut. Two years later, she was seen playing ‘Talia’ in ‘Adult Interference.’

Kate has appeared four times in the ‘Sports Illustrated Swimsuit Issue,’ once in 2011 as the ‘Rookie of the Year’ and as cover modelin 2012, 2013, and 2017. She has appeared in many popular American fashion and sports magazines, including ‘Complex’ and ‘Esquire.’The latter named her ‘Woman of the Summer.’

She has appeared in several movies.She starred in ‘The Other Woman’ alongside Cameron Diaz, Leslie Mann, and NikolajCoster-Waldau.

She ranked third in ‘AskMen’ web portal’s ‘Top 99 Most Desirable Famous Women’ in 2012.The same year, she was named the fifth sexiest model by ‘Models.com.’ Her bold photo shoots for ‘Sports Illustrated’ enabled her to feature on ‘Maxim’ magazine’s ‘Hot 100’ list.

Kate was named ‘Model of the Year’ in September 2013 at the ‘Mercedes-Benz Fashion Week’ in the 10th ‘Annual Style Awards’ in New York.

She won the ‘People Magazine Award’ for ‘People’s Sexiest Woman’ in the year 2014.

For her performance in the movie ‘The Other Woman,’ she was nominated for ‘Teen Choice Award’under ‘Choice Movie: Chemistry’ category. She was also nominated for ‘MTV Movie & TV Award’ for ‘Best Shirtless Performance’ for the same role.

Kate describes herself as a religious person. During a photo shoot, she was mocked for wearing a cross necklace. The incident shook her and she felt objectified.She later got herself a tattoo of a cross on her finger.

In 2013, she was in a briefrelationship withUkrainian dancer Maksim Chmerkovskiy.

She met Justin Verlander in 2012 while shooting for a MLB commercial. Verlander is an American professional baseball pitcher and plays with the ‘Houston Astros’ of ‘Major League Baseball’ (MLB). After her split with Maksim, Kate began dating Justin in 2014. They got engaged in April 2016.The couple got married in Tuscany, Italy on November 4, 2017.

On November 7, 2018, the couplewas blessed with a daughter whom they named Genevieve.

She has often spoken against being objectified and the importance of treating models with respect. After appearing on the cover of ‘Sports Illustrated’ for the first time, she took a lot of time to recover from the feedback and the nasty comments that she received.

Kate often gets offended by the way people treat models. Whenevershereceives negative and nasty comments targeting her voluptuous figure, she opts to shut out the negativity and focuses on enjoying her work.

See the events in life of Kate Upton in Chronological Order 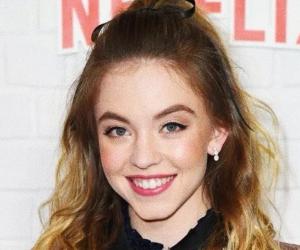