Karolina Kurkova is a Czech model who gained fame and fortune as a dazzling lingerie model and an aspiring actress. Born in Czechoslovakia, she was a topic of amusement to her childhood friends because of her height until someone sent her photos to a Czech modeling agency. She was hired immediately by the agency marking the beginning of her modeling career in her teenage years, and soon she moved to Milan to gain more modeling experience. At the age of 17, she appeared on the front cover of ‘Vogue’ magazine, and her career has been booming ever since. In her extensive modeling career, she has featured on numerous international magazine covers and has ramp walked for global brands including ‘Versace’, ‘Ralph Lauren’ and ‘Louis Vuitton’. After attracting much attention for her stunning looks and figure, she began her acting career and has featured in Hollywood films as well as television shows. She was one of the guest judges on the reality show ‘America's Next Top Model’, as well as its German version. Her work over the past years has attracted a lot of attention and she was once counted among the top-earning supermodels in the world. American People
Czech People
American Women
Czech Women
Pisces Models
Czech Models
Childhood & Early Life
She was born on February 28, 1984 in Děčín, Czechoslovakia, to Josef Kurka, a Czech basketball player, and a Slovak mother. As a child, she felt quite awkward and gangly as other children used to make fun of her because of her height.
But it all changed after one of her friends sent photos of Karolina to a modeling agency in Prague. At the age of 15, she landed her first runway appearance and also appeared in some gigs for commercial and print advertising.
She later traveled to Milan to gain more experience and signed a modeling contract with the renowned Italian fashion designer, Miuccia Prada.
Continue Reading Below
You May Like

The Hottest Male Celebrities With The Best Abs
Career
In September 1999, she appeared in the American edition of the fashion and lifestyle magazine ‘Vogue’. Later at the age of 17, she graced the cover of the February 2001 edition, becoming one of the youngest models ever to appear on the magazine's cover.
Following her initial success, she was chased by fashion brands like Tommy Hilfiger, Valentino, Louis Vuitton, Hugo Boss, and Versace. In 2002, she most famously modeled the multi-million dollar bra worth almost $10 million during the Victoria’s Secret fashion show.
In 2005, she was promoted to the title of "Angel" by Victoria's Secret, and she walked the runway of the Victoria's Secret Fashion Show the following year. She also did a TV special show for Victoria’s Secret.
Throughout her modeling career, she has appeared in over 25 ‘Vogue’ magazine covers around the world including the French, Italian and German editions. Alongside, she has also featured in international editions of ‘Vanity Fair’, ‘Elle’, and ‘The Face’.
Her other runway credits include Balenciaga, Calvin Klein, Carolina Herrera, Chanel, Christian Dior, Dolce & Gabbana, Marc Jacobs, Ralph Lauren, Stella McCartney, and Vera Wang.
Apart from being a successful model, she is also an aspiring actress and has appeared in some TV shows including ‘Showbiz Tonight’, ‘The Tonight Show’ with Jay Leno, and ‘Miss Junior 2005’.
In 2007, she made her big screen début from the coming-of-age movie ‘My Sexiest Year’. In 2009, she played a role in the action movie ‘G.I. Joe: The Rise of Cobra’.
In September 2010, she guest-starred on NBC's Chuck season 4 episode, ‘Chuck Versus the Suitcase’. She became a guest judge on the fifteenth season of America's ‘Next Top Model’ and fourth season of Germany's ‘Next Top Model’.
She also serves as a supermodel coach on OXYGEN'S ‘The Face’, alongside Naomi Campbell and Coco Rocha.
Continue Reading Below
Awards & Achievements
In 2002, she was named the ‘Model of the Year’ at the VH1/Vogue Fashion Awards and still remains the youngest model ever to receive the honor.
In 2003, she received the Atmosphere Magazine Award at the Madrid Planet Hollywood restaurant.
In 2004, she was selected as one of the world's ‘50 Most Beautiful People’ by People Magazine.
In March 2006, she was presented with an award from the non-profit organization ‘Women Together’ for her humanitarian work.
In 2007, she received a star on the ‘Hollywood Walk of Fame’. In November 2008, she was voted the ‘World's Sexiest Woman’ by the E! Entertainment Television, beating the likes of Angelina Jolie and Scarlett Johansson.
In 2012, she was honored as the ‘Style Icon’ at the Vienna Awards for Fashion and Lifestyle.
She was listed by Forbes as one of the top-earning supermodels in the world. She was also conferred the GALA Spa Award in the category of "Beauty Idol", which was awarded by one of Germany's people magazines.
Personal Life & Legacy
In January 2009, it was reported that she was suffering from a disease called ‘hypothyroidism’. As a result, she developed symptoms of premature menopause and gained 30 pounds.
In July 2009, she announced that she and her fiancé, Archie Drury, were expecting their first child. Later the couple got married and in October 2009, the couple was blessed with their first son, Tobin Jack Drury.
Recommended Lists:
Fashion #432
You May Like

See the events in life of Karolína Kurková in Chronological Order 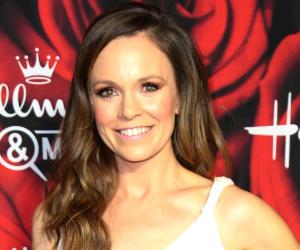 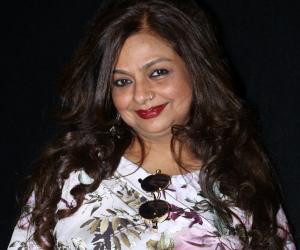