Karlee Steel is a Canadian YouTube Star with high popularity across multiple online platforms. She makes videos for YouTube as well as YouNow and enjoys considerable follower base on both the accounts. Apart from these online video sharing platforms she is also regular on the lip synching app, Musical.ly (now known as TikTok), and posts new videos quite often. Karlee is a self-made internet personality who first made her online appearance through Twitter in 2010. She posted her first video on YouTube three years after appearing on Twitter and within a year she gained a considerable follower base on her YouTube account. Currently, she is also active on her YouNow account as well as the other YouTube channel ‘Karlee And Conner’ that she has started with her ex-boyfriend and fellow YouTuber, Conner Bobay. She is still quite active on Twitter and you can find her posting multiple pictures in a day on Instagram. Her YouTube channel has gathered over 1.1 million subscribers. Her aesthetic features coupled with a beautiful figure and stunning personality has certainly added to her continually increasing online popularity. Apart from being an internet sensation she also works as a model and has achieved fame in that arena as well. KarinaOMG
Vloggers #605
Social Media Stars #498
Continue Reading Below
DID WE MISS SOMEONE?
CLICK HERE AND TELL US
WE'LL MAKE SURE
THEY'RE HERE A.S.A.P
Quick Facts

Becoming an online sensation even before crossing your teens is certainly a bliss that has been made possible by the increasing reach of the online social media platforms. Karlee Steel, who first made her appearance in Twitter in June 2010, was not actually serious about making an online career. Like many other kids of her age, her first interest in the online platform was driven by the curiosity of knowing and interacting directly with the stars on Twitter. However, by the time she was fourteen, she was actually thinking about making an online career which propelled her to come up with her first YouTube channel in the month of January 2013.

Her videos were an instant hit on YouTube and the number of viewers started multiplying by the minutes. Soon enough she gathered a high number of follower base on her channel which started growing almost every day. Currently her own YouTube channel has over 1.1 million subscribers. After the success on YouTube she also came up with a YouNow account.

“SONG LYRIC PRANK – MY EX BOYFRIEND EXPOSES HIMSELF” and “SONG LYRIC PRANNK ON MY GRANDMA!-OR NAH The Weekend” are the most popular videos from Karlee Steel. Her “joint” YouTube channel “Karlee and Conner” was launched on December 31, 2016.

Apart from being an Internet star she has also worked as a sales advisor. She also stays in with her fans through Twitter and Instagram. She is also exploring a career in mainstream modelling.
You May Like

Karlee Steel was born on September 25, 1998, in Ontario, Canada. Not much is known about her parents or about her life before she became a star. However, it is known that she has three sisters and she currently lives in Michigan, USA. She was in a relationship with fellow YouTube star and Vine sensation Conner Bobay. She was romantically linked to model Zach Cox. In 2021, she started dating Josh. She announced her engagement to whomisjosh in June 2022. 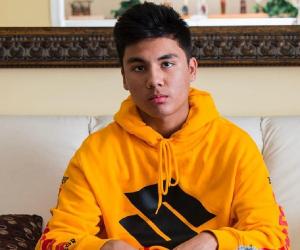