Jung Woo-sung is a South Korean actor, director, producer and model. Also popular in several other Asian countries in addition to South Korea, Jung is the first Korean UNHCR Goodwill Ambassador as well. Jung was born in an underprivileged family in Seoul, South Korea and had to drop out of school to support his family. Later he worked as a model which eventually helped him pursue a career in acting. He made his acting debut with the 1994 South Korean film 'The Fox with Nine Tails'. A few years later, Jung reached a cult status after appearing in the gangster film 'Beat'. Undoubtedly one of the most popular and successful stars of South Korea, he has been a part of many super-hit projects like 'Reign of Assassins', 'Don't Forget Me' and 'Asura: The City of Madness'. Besides his work in films, he is also popular for his work on TV. His first significant role on TV was seen in the series 'Asphalt Man'. His other popular works include 'Padam Padam... The Sound of His and Her Heartbeats', a South Korean TV series which aired in 2011. His contributions to the film and television industry has won him several awards such as the ‘Hawaii International Film Festival Award’ and the ‘Busan Film Critics Award’. South Korean People
Tall Celebrities
Tall Male Celebrities
Taurus Actors
Actors Who Are In Their 40s
Childhood & Early Life
Jung Woo-sun was born on 22nd April 1973, in Sadang-dong, one of the poorest neighborhoods in Seoul, South Korea. At an early age, he had to drop out of school due to financial problems and work in order to support his family.
Good-looking and charismatic, Jung started working as a model, and later, started appearing in commercials as well.
Continue Reading Below
You May Like

Who Is The Greatest Female Warrior In History?
Career
Jung Woo-sung made his film debut in the 1994 fantasy film 'The Fox with Nine Tails'. Directed by Park Heon-su, the film starred him in the lead role. The story revolved around a female nine-tailed fox and her attempts to become human. He made his first significant appearance on TV in 1995, playing an aspiring racing driver in 'Asphalt Man'.
A few years later, he played the lead role in the gangster film 'Beat'. Directed by Kim Sung-su, the film starred him as a high school dropout who is forced to become a gangster. The film was loved by the audience and helped Jung establish his career as an actor. His next significant role was in the 1999 film 'City of the Rising Sun'. Directed by Kim Sung-su, the film was about two close friends struggling in their respective careers.
Over the next few years he continued appearing in films such as 'Phantom: The Submarine' (1999), 'Musa' (2001), 'A Moment to Remember, (2004) and 'The Restless' (2006).
Jung received a lot of appreciation for his performance in the 2008 film ‘The Good, the Bad, the Weird'. Directed by Kim Jee-woon, the film was a commercial success and grossed four times its budget. It was met with positive reviews from critics.
He next appeared in 'A Good Rain Knows' (2009), which was followed by a supporting role in the 2010 fantasy film 'Reign of Assassins'. Despite having a promising storyline, the film was a commercial failure.
Jung portrayed a negative role for the first time in the 2013 South Korean film 'Cold Eyes'. The film was a remake of the 2007 Hong Kong film 'Eye in the Sky'. The film was a huge success commercially. His other movies for the decade include 'Scarlet Innocence' (2014), 'Don't Forget Me' (2016), 'Asura: The City of Madness' (2016) and 'The King' (2017).
Major Works
‘Musa’, a 2001 South Korean epic film, is one of Jung Woo-sung’s major works in his career. The film, which was directed by Kim Sung-su, starred Jung in the lead role, along with Ahn Sung-ki, Joo Jin-mo and Zhang Ziyi. The movie was about a Korean peace delegation making their way back to Korea, through the inhospitable deserts of Northern China. The film was a commercial success.
Jung played a supporting role in the 2010 film ‘Reign of Assassins’. Directed by Su Chao-pin and John Woo, the film was about an assassin trying to live a normal life after she is counseled by a monk. However, she attracts the attention of her former assassin gang after she defends herself and her husband from robbers. The cast included Michelle Yeoh, Jung Woo-sung, Wang Xueqi, Barbie Shu and Shawn Yue.
‘Cold Eyes’, is another one of the significant movies in Jung’s career. Directed by Cho-Ui seok and Kim Byeong-seo, the film was a remake of the 2007 Hong Kong film ‘Eye in the Sky’. The story was about detectives from the surveillance team of a crime unit who attempt to take down a bank robbing organization. The cast included Sol Kyung-gu, Jung Woo-sung, Han Hyo-joo and Jim Kyeong. The film was a huge commercial success, and won several awards as well.
Awards & Achievements
Jung Woo-sung has won numerous awards throughout his career for his contribution to films. These include the ‘Korean Association of Film Critics Award’ for his role in ‘Beat’ in 1997, the Blue Dragon Film Award for his role in ‘Musa’ in 2001, the ‘Asian Film Award’ for his role in ‘The Good, the Bad, the Weird’ in 2009 and the ‘Busan Film Critics Award’ for his role in ‘Asura: The City of Madness’ in 2016.
In addition to his numerous awards, he has also acted as a jury member at various film festivals including the 17th Busan International Film Festival (2012), 14th Jeonju International Film Festival (2013) and SSFF & Asia (Short Shorts Film Festival & Asia) (2015).
Personal Life
In 2011, Jung Woo-sung was confirmed to be dating actress Lee Ji-ah. However, they were later reported to have broken up.
Jung is known to be co-operative and helpful towards his junior colleagues on the set. 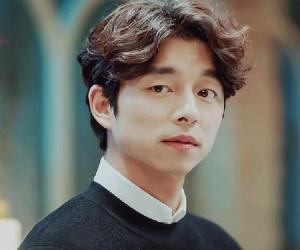