Advanced Search
Julie Warner is a famous American actor known for her appearances in movies such as ‘Doc Hollywood,’ ‘Indian Summer,’ and ‘Tommy Boy.’ She belongs to a family of artists who were part of Hollywood. She opted for a career in acting after she met an agent who advised her to get into this glamorous world. Soon after, she got her first role in an American TV soap opera named ‘Guiding Light.’ ‘Guiding Light’ was broadcast on ‘CBS’ for a whopping 57 years, from June 1952 to September 2009, and is listed in the ‘Guinness Book of World Records’ as the longest-running drama soap ever in the history of American TV. American People
New Yorkers Actresses
Brown University
Aquarius Actresses
American Actresses
Childhood & Early Life
Julie Warner was born to Naomi and Neil Warner, on February 9, 1965. Her mother was a marketing consultant, a freelance book agent, and a licensing director, whereas, her father was a pianist, an arranger, and a jazz band leader. He had also composed many jingles for radio and TV commercials. He wrote jingles for products such as ‘Fig Newtons’ and ‘Tic-Tacs.’ Her paternal grandfather, Jack Shilkret, composed music for Hollywood. He was the brother of Nathaniel Shilkret, famous Hollywood music director. Warner has a brother who is 10 years younger to her. He works for the ‘New York City Parks Department.’
Julie Warner grew up in the Upper West Side of Manhattan in New York. She completed her schooling from ‘Dalton School’ in New York City. In the year 1987, Warner got a degree in theater arts from ‘Brown University.’ She completed her graduation and moved to Los Angeles. She worked as a waitress there for some time and continued to appear for auditions to get her break as an actor in the film industry. She struggled a lot and was rejected for a role in the movie ‘Pretty Baby’ in 1978. Later, she earned her first role as an actor in ‘Guiding Light.’
Continue Reading Below
Career
Julie Warner has acted in many TV soaps, series, and movies. One of her most notable roles was as ‘Vialula/Lou' in the American romantic comedy film called ‘Doc Hollywood’ in 1991. The film had her sharing the screen with Canadian–American comedian, actor, and author Michael Andrew Fox, who is also known as Michael J Fox.
The 1992 film ‘Mr. Saturday Night’ gave her further recognition. The film featured her with American writer, director, producer, and actor Billy Crystal. Two of her other notable films were ‘The Puppet Masters’ (1994), which was based on the novel of the same name written by Robert A Heinlein, and ‘Indian Summer’ (1993). She was part of the movie ‘Tommy Boy’ in 1995 and starred with Chris Farley and David Spade.
Julie was part of the American TV drama series named ‘Family Law,’ in which she played the role of ‘Danni Lipton.’ She also played the character of ‘Megan O’Hara’ in an American medical drama TV series called ‘Nip/Tuck.’ She starred in a hidden camera and situation comedy series called ‘The Hidden Howie: The Private Life of Public Nuisance.’ In this series, she appeared as the wife of American comedian, actor, and TV host Howie Mandel.
Later in 2016, Warner also appeared in the film ‘Stick It.’ In 2008, she appeared in a ‘Hallmark Channel’ movie named ‘Our First Christmas.’ the movie featured her in the role of a mother struggling to maintain two families after the death of her husband and her new husband’s wife. In the year 2019, she played the role of ‘Rose Pinchbinder’ in an episode of the children’s TV show ‘True Jackson, VP,’ titled ‘Keeping Tabs.’
Julie Warner has many guest appearances to her credit, too. She made a guest appearance in an episode of the American TV medical drama ‘House.’ She also starred in an episode of season seven of ‘Dexter,’ titled ‘Chemistry,’ in 2012. The series featured her in the role of the sister of ‘Hannah Mckay’s dead husband.
Some of Julie Warner’s other movies are ‘Telling of the Shoes’ (2014), ‘Breaking Through’ (2015), ‘The Beautiful Ones’ (2016), ‘Chalk It Up’ (2016), ‘Radio Free Albemuth’ (2010), and ‘Forever Strong’ (2008). Some of the TV films that she has worked in are ‘A Screwball Homicide’ (2003), ‘Baseball Wives’ (2002), ‘Mr. Murder’ (1998), and ‘Stolen: One Husband’ (1990).
She directed an episode of the series ‘Family Law,’ titled ‘Once Removed’ (2002). She was one of the producers of the documentary film ‘Special Thanks to Roy London’ (2005).
Family & Personal Life
During her struggling period, Warner chose to stay away from her family and sought no help from them. She denied taking up character roles in movies and series and opted to struggle instead, staying in Los Angeles until she got a prominent role as an actor. She once claimed in an interview that she considered herself to be the queen of web series after ‘Leap Year,’ ‘Supermoms,’ and ‘Little Women, Big Cars 2.’
Julie Warner got married to actor, writer, producer, and director Jonathan Prince in June 1995. The couple divorced later. Her former husband is best known for works such as ‘American Dreams’ (2002), ‘American Soul’ (2018), and ‘Four Weddings and a Funeral’ (2019). Julie and Jonathan have a son named Jackson Roy Prince, who was born in 1997.

See the events in life of Julie Warner in Chronological Order 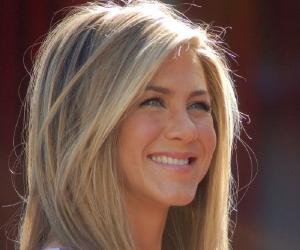