Julia Garner is an American actress who is now a household name thanks to her role in the TV Series, Ozark. Garner comes from an academically inclined and cultured family in New York. A shy child in school, she joined acting classes to overcome her timidity. The acting bug caught her and what was meant to be therapy became her calling. In her early days as an actor, she acted in student films. Her unconventional looks and acting prowess caught the eye of indie filmmakers and she became an indie film regular. Her transition to mainstream happened when she landed the role in Ozark. Garner’s portrayal of a sociopath from a criminal family has won her many accolades catapulting her into one of the most known young actors of Hollywood. Jukia Garner is also known for her impeccable fashion sense and like one of her idols Audrey Hepburn is on the way to becoming a major star and fashion icon. 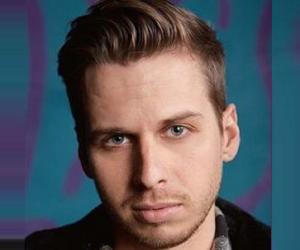 Julia Garner’s first professional career as an actor started with student films for the Columbia Film School. As she had problems reading, she overcame the difficulty of reading her dialogues by memorising and practicing them incessantly.

In 2010 when she was 17, an open casting call was announced for the American remake of the British series Skins. There were 1500 hopefuls and Julia made it to the final 30. However, the role went to someone else. One of the casting assistants was Susan Shopmaker who happened to be an acquaintance of Julia. Five months after her first audition, Shopmaker gave her a role in Martha Marcy May Marlene.

Garner started getting noticed by Indie film directors and in 2012 she got a major role in the film Electrik Children directed by Rebecca Thomas. The same year director David Chase wrote a part especially for her in his film Not Fade Away and she also acted in the film The Perks of Being a Wallflower.

Early on Julia found that she was being offered unconventional roles and films. She played a cannibal Rose Parker in the 2013 film We Are What We Are. In 2014, she appeared as the stripper Marcie in the crime movie Sin City: A Dame to Kill For. In the 2015 comedy film Grandma, she played the role of Lily Tomlin’s pregnant granddaughter.

Julia Garner’s debut in television happened in 2015 when she landed a recurring role in The American, a spy series set during the cold war period. She continued acting in the series till 2018. In 2016 she appeared in an episode in the HBO series Girls.

In 2017 Garner became the breakout star of the series Ozark in which she plays a young criminal mastermind. To audition for the character of Ruth Langmore that she plays in the series, Garner practiced her lines in the Missouri accent. When she went to the casting office she found everyone else saying their lines normally. She wondered if she had made a mistake and tried to practice the lines without the accent only to discover that she couldn’t recall the dialogue without the accent.

What she thought was going to ruin her audition turned out just the other way. Her co-star Laura Linney recalls that the moment Garner started speaking they knew that here was someone to take notice of.

Julia Garner put in a lot of work to prepare for the role of Ruth. Apart from practicing the accent all the time she tried to see beyond the combativeness and offensiveness of the character. This empathy with the character is what made her performance so remarkable and has won her awards like the Emmy.

In 2019, Julia Garner starred in The Assistant. The film directed by Kitty Green became the first one to grapple with the Harvey Weinstein incident though he is never explicitly named. In the same year, she appeared in the romantic anthology TV series Modern Love as Madeleine, a young professional who becomes interested in a much older colleague.

Julia Garner is also fast becoming a fashion icon. She has walked the ramp for Balenciaga at the Paris Fashion Week and also done ad campaigns for Miu Miu and Kate Spade.

Julia Garner was born in Riverdale, Bronx, New York City on 1st February 1994. Her father, Thomas Garner, is a painter and an art teacher. Her mother, Tamar Gingold, was a well-known comedian in Israel before she moved to the USA in her late twenties where she became a therapist. Garner has an older sister Anna, who is three years her senior and is a special education and ESL teacher at a high school in Manhattan.

Garner’s family was academically oriented and her family life was full of art, books, philosophy and watching classic films. Before she reached her teenage, she had already watched classics such as All About Eve, Rosemary’s Baby and Taxi Driver.

Garner disliked school. She struggled with a reading disability and could not string words and sentences together. This shortcoming along with a shy nature made her an introverted person. At 14, she and her mother decided to try an acting class so that she could overcome her shyness and gain confidence.

The class was at the T. Schreiber Studio in New York. After the first class, her mother was not sure whether Garner would fit in given her confidence issues but Garner loved the experience and decided to stay.