Juan Gabriel was a Mexican singer, songwriter, composer, arranger, producer and actor who is best known for breaking barriers within the Latin music market with his flamboyant style. He is one of Latin America's best selling singer-songwriters with over 200 million copies sold worldwide. His nineteenth studio album, 'Recuerdos, Vol. II', which sold over eight million copies, is claimed to be the best-selling album of all time in Mexico. He is also widely considered as one of the best Mexican composers and singers of all time. Some of his best songs are 'Abrázame Muy Fuerte', 'Querida', 'Hasta Que te Conocí', 'Amor Eterno', 'El Noa Noa', 'Se Me Olvido Otra Vez', 'La Frontera', 'Siempre en mi mente', 'Te lo pido por favor' and 'Yo te recuerdo'. Throughout his career, 31 of his songs made it into the 'Hot Latin Songs' chart, with seven of them reaching number one. Apart from his own albums, he has worked as an arranger, producer and songwriter for most leading Latin artists of his time, including Rocío Dúrcal, Lucha Villa, Lola Beltrán and Paul Anka. Ozuna
Singers #982
DID WE MISS SOMEONE?
CLICK HERE AND TELL US
WE'LL MAKE SURE
THEY'RE HERE A.S.A.P
Quick Facts

Mexican Celebrities
Mexican Men
Male Singers
Mexican Singers
Capricorn Singers
Childhood & Early Life
Juan Gabriel was born as Alberto Aguilera Valadez on January 7, 1950, in Parácuaro, Michoacán. He was the youngest of ten children of farmers Gabriel Aguilera Rodríguez and Victoria Valadez Rojas.
While he was still a child, his father was interned into a psychiatric hospital, following which his mother moved to Ciudad Juárez, Chihuahua and put him in the El Tribunal boarding school. During his eight-year stay there, he became very close to teacher Juan Contreras and escaped from the boarding school to live with him for a year when he was 13.
The following year he returned to live with his mother, and was taken into the local Methodist Church by sisters Leonor and Beatriz Berúmen. He began singing in the choir and helping them in cleaning the church.
Continue Reading Below
You May Like

The Most Popular US Veterans
Early Career
In 1965, Alberto Aguilera Valadez took the stage name Adán Luna for a performance on the Notivisa television show 'Noches Rancheras'. The next year, he began performing live as a singer at the Noa-Noa bar.
While he also performed at other local bars occasionally, he primarily worked there for the next three years, during which he wrote the song 'El Noa Noa'. He once traveled to Mexico City to look for recording opportunities, but was rejected.
He moved back to Juárez to perform at bars, but returned the following year and earned work as a backing vocalist at RCA Víctor. However, he resigned in 1970 due to insufficient payment, and once again returned to Juárez.
Encouraged by people close to him, he took a third attempt the next year, but had to sleep in bus and train stations due to lack of money. He was even imprisoned for a year and a half after being wrongly accused of robbery.
He continued to write songs, which caught the attention of prison warden Andrés Puentes Vargas, who introduced him to Mexican singer and actress La Prieta Linda. He was eventually released due to lack of evidence.
Professional Career
In 1971, Alberto Aguilera Valadez signed a recording contract with RCA Víctor with the help of La Prieta Linda. He took up the stage name Juan Gabriel in honor of his school teacher Juan Contreras and his late father, Gabriel Aguilera.
The same year, he released his first studio album, ‘El Alma Joven...’, which contained his debut single and his first hit, ‘No Tengo Dinero’. The album was successful and was certified as gold by the Asociación Mexicana de Productores de Fonogramas y Videogramas (AMPROFON).
In 1972, he performed the songs ‘Será Mañana’ and ‘Uno, Dos y Tres (Y Me Dás un Beso)’ at the OTI Festival. While the songs were not qualified to represent Mexico, they received critical acclaim and was later included in his second album ‘El Alma Joven II’ (1972).
He released his third album, ‘El Alma Joven III’, in 1973, and the following year collaborated with the group Vargas de Tecalitlán for the release of his first mariachi album. The album was titled ‘Juan Gabriel con el Mariachi Vargas de Tecalitlán’ and featured songs like ‘Se Me Olvidó Otra Vez’ and ‘Lágrimas y Lluvia’.
Continue Reading Below
(He made his acting debut in the 1975 Mexican film ‘Nobleza ranchera’ which also starred Sara García and Verónica Castro. After a few more roles in the following years, he took a break from acting, and in 2016 executive-produced and acted in the Mexican biographical series ‘Hasta que te conocí’ based on his life.
In the meantime, he continued to release one on more studio albums each year, encompassing a variety of music genres, and established himself as Mexico's leading commercial singer-songwriter. He also provided hit songs for other leading Latin singers, including writing the ballad ‘Lo Pasado, Pasado’ for the 1978 album of the same name by José José, which earned him international recognition.
His 1984 album ‘Recuerdos, Vol. II’ is reportedly the best-selling album of all time in Mexico with sales of over eight million copies. The album earned him a 'Grammy' nomination for 'Best Latin Pop Album' and the single 'Querida' (Darling) from the album stayed at No.1 for the whole year on the Mexican Charts.
In 1990, he became the first non-classical act to perform at the Palacio de Bellas Artes. He performed at three sold-out concerts, the proceeds from which were given to the National Symphony Orchestra.
His song 'Abrázame Muy Fuerte', released as the second single from the album of the same title, became the most successful Latin single of the year 2001. The song earned him three 'Billboard Latin Music Awards' and was later used as the main theme for the Mexican telenovela 'Abrázame Muy Fuerte'.
Between 2015 and 2016, four of his albums reached No.1 on the 'Top Latin Albums' charts. When he died in 2016, he was on his 'MeXXIco Es Todo Tour' around the US, and was scheduled to perform at a concert in El Paso, Texas.
Major Works
'Recuerdos, Vol. II' is considered to be Juan Gabriel's best album and it became the best-selling album of all time in Mexico as well. During his illustrious career spanning almost five decades, he released 30 studio album and wrote around 1,800 songs, which sold over 200 million copies worldwide.
Awards & Achievements
Juan Gabriel won three 'Billboard Latin Music Awards' in 2002 and won three 'Latin Grammy Awards' posthumously in 2016.
He received his own star on the 'Hollywood Walk of Fame' in May 2002.
Personal Life & Legacy
While Juan Gabriel was never married, he was in a longtime relationship with Laura Salas, whom he described as "the best friend I ever had". She was the mother of four of his six children: Iván, Joan, Hans and Jean.
He died from a heart attack on August 28, 2016 in Santa Monica, California, following which his body was cremated and his ashes were laid to rest at his house in Ciudad Juárez, Chihuahua.
Trivia
After Juan Gabriel died, the news program 'Primer Impacto' revealed the identity of his two children, Luis Alberto Aguilera and Joao Gabriel. They were born to his domestic employees Guadalupe Gonzalez and Consuelo Rosales respectively.
You May Like

See the events in life of Juan Gabriel in Chronological Order 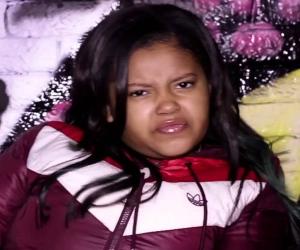 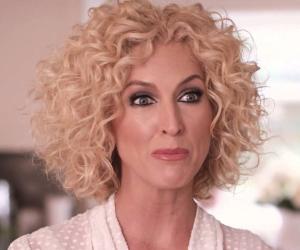 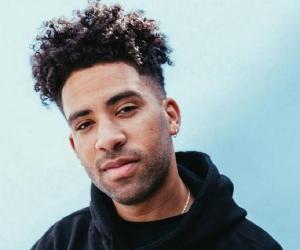