Joyce Bulifant is an American actress and game show panelist. She is best known for appearing on popular game shows like ‘Chain Reaction’, created by Bob Stewart, NBC game show ‘Match Game’, and the American game show ‘Password Plus’. She is famous for her ‘tongue in cheek’ comments to contestants every now and then, which made her fairly popular among the audience. She started her acting career on the Broadway and later appeared in several television programs including ‘My Three Sons’, ‘The Virginian’, ‘Tom, Dick and Mary’, ‘The Woody Woodbury Show’, ‘The Bill Cosby Show’, ‘The Michele Lee Show’ and ‘Weird Science’. She was the initial choice for the role of ‘Carol Brady’ on ABC's ‘The Brady Bunch’, but she eventually lost the role to Florence Henderson. Joyce is much beloved among the audiences for her ‘naturally funny’ personality. She received the Theatre World Award for her performance in ‘Take Her, She's Mine’ and received a Golden Palm Star on the Walk of Stars in Palm Springs, California along with her husband Roger Perry.
Continue Reading Below 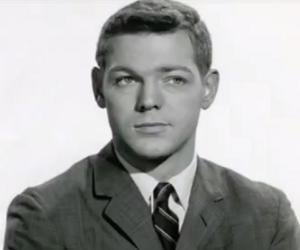 American People
Virginia Actresses
American Actresses
Sagittarius Actresses
Actresses Who Are In Their 80s
Career
Joyce Bulifant started her career on the Broadway in 1959 with an appearance in ‘Tall Story’, written by Howard Lindsay and Russel Crouse; she played the role of ‘Nancy’. Later in 1967, she appeared on the Broadway production of ‘The Paisley Convertible’, playing ‘Amy Rodgers’.
Between 1967 and 2005, Joyce Bulifant appeared in four films, making her debut in the film industry with the 1967 musical film ‘The Happiest Millionaire’ where she played the character of ‘Rosemary’. The other three films she appeared in are the 1980 American satirical parody film ‘Airplane!’, written and directed by David and Jerry Zucker and Jim Abrahams, the 1999 American comedy film ‘Diamonds’ directed by John Mallory Asher and written by Allan Aaron Katz, and the 2005 American romantic comedy film ‘Dirty Love’.
Her career was majorly television oriented and she has over fifty credits to her name. She made her television debut back in 1961, as a guest star in the show ‘The Play of the Week,’ following which she appeared in ‘Naked City’ as ‘Connie Hacker’ later that year. In her long acting career spanning over four decades, Joyce has appeared in several television programs but she is most famous for appearing as a panelist on television game shows like ‘Match Game’ between 1973 and 1982, ‘Password Plus’ between 1979 and 1981, and ‘Chain Reaction’ in 1980.
She also appeared in other popular shows like ‘The Bill Cosby Show’ between 1969 and 1971 as ‘Mrs. Patterson’, ‘The Mary Tyler Moore Show’ between 1971 and 1977, ‘The Michele Lee Show’ (1974), ‘$20,000 Pyramid’ (1977), ‘Sport Billy’ (1979–80), ‘Flo’, ‘Weird Science’ between 1994 and 1997 and ‘E! True Hollywood Story’ (1999).
You May Like

Women Film & Theater Personalities
American Film & Theater Personalities
American Female Film & Theater Personalities
Sagittarius Women
Continue Reading Below
Personal Life
Joyce Collins Bulifant was born on December 16, 1937, in Newport News, Virginia. As a teenager, she attended the Solebury School in New Hope, Pennsylvania and graduated in 1955.
She met her first husband James MacArthur during her school days and started dating him. They got married on November 2, 1958, and later in 1967, the marriage ended in a divorce. They had two children, Mary MacArthur and Charles MacArthur, during the course of their marriage.
She married four more times in her life. Her second marriage on September 19, 1969, was with American actor Edward Mallory and they welcomed their child John Mallory on January 13, 1971. Their son also went to become an actor in future. They ended their marriage in 1974.
She then married William Asher, who adopted her son John and gave him his last name, Asher. The marriage happened in August 1976 and ended in a divorce in 1993.
After a short-lived marriage to Glade Bruce Hansen, Joyce Bulifant married Roger Perry in 2002.