Joshua Pérez is an American professional soccer player and one of US Soccer’s top youth players. He is a skilled left footed winger and midfielder who excels in cutting in from the opposite flank utilizing his dribbling skills. He can also play in any attacking position. Despite his diminutive stature, he is known for fearlessly taking on any opponent with his neat touch and glitchy quickness. While he previously played for Chivas USA and the US under-15 and under-17 national teams, he always wanted to play overseas, especially in Europe. He pushed himself to greater limits and his dream became a reality after he started playing for ACF Fiorentina in 2013. For the first few years, the officials brought him to play regularly for the club and gave him the opportunity to adjust to life in Italy. After he turned 18 in 2016, the club was eventually able to recruit him officially. However, he got the opportunity to play professionally for Fiorentina in one match in the following months, and in September 2017, was granted a loan move to AS Livorno Calcio for one season. 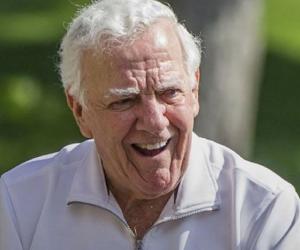 Turner Gill
Football Players #2647
Sportspersons #11490
Continue Reading Below
DID WE MISS SOMEONE?
CLICK HERE AND TELL US
WE'LL MAKE SURE
THEY'RE HERE A.S.A.P
Quick Facts

American People
Male Sportspersons
American Sportspersons
Aquarius Football Players
Aquarius Men
Career
Joshua Pérez started his youth career playing for the soccer team Chivas USA in the Development Academy between 2011 and 2013. He trained with the Italian Serie A club ACF Fiorentina on and off since 2013. During this time he went to other clubs as well, but finally decided to join Fiorentina as it treated him "like family".
He was the first player on the U.S. under-15 boys national team to move to Europe, and also became the second American-born player to appear for Fiorentina in modern times after Giuseppe Rossi. However, it is in the final year of his youth career at the club that he shined most, achieving 10 goals and 5 assists in his 20 appearances. As he did not have a European passport, due to FIFA regulations, he had to wait till his 18th birthday to be able to officially sign to the first-division side. He eventually announced via his Twitter account on February 4, 2016 that he had signed a four year deal with the club.
His debut match as a professional player for the club was as a 75-minute substitute against Inter Milan at the famous San Siro on November 28, 2016, a match his side lost 4-2. Following the match, 'Gazzetta dello Sport' gave him a respectable 6 out of 10 rating in its match grades. With this match, he became the youngest American to play in Italy's Serie A. This was his only appearance for the club, as he decided to move down to Italy's third level to get valuable playing time. His performance was impressive enough to earn a loan move for one year to Serie C side AS Livorno Calcio. The deal was finalized on September 1, 2017, the final day of the transfer deadline.
At Livorno, he is expected to immediately become one of the top bench options and may be able make his way into the starting eleven soon as well. The fact that the club does not have many options on the wing can turn out to be a marvelous opportunity for talented young winger.
You May Like

The Sexiest Men Of 2020, Ranked
Continue Reading Below
Personal Life
Joshua Giovanni Pérez was born on January 21, 1998, in Montebello, California, to Giovanni Pérez and Susana Figueroa Guandique. His father was a professional soccer player of Salvadoran descent, born in Los Angeles, California. His father played for California Emperors, as well as El Salvador's C.D. FAS, a club which Giovanni's father and Joshua's grandfather Hugo Antonio Pérez also played for. He is the nephew of former professional soccer player and US midfielder Hugo Pérez, who capped 73 matches for America between 1984 and 1994, playing in the World Cup, and also coached the U.S. under-14 national team. During his freshman year at high school, he had verbally committed to University of California, Los Angeles, but few expected him to wait to turn pro. He also reportedly signed a deal with Nike during this time.