Jonathan Gillibrand is a British-American venture capitalist and the husband of Democrat Senator Kirsten Gillibrand. Jonathan became a subject of public curiosity ever since his wife Kirsten announced her bid to be the Democratic nominee for the 2020 USA elections. If the senator from New York gets elected and becomes the first female president of the USA, then Jonathan will become the inaugural ‘First Gentleman’. He is often described by Kirsten as a person with an academic bent of mind, who has had an immensely successful career as a businessman. Besides working for his own firm Venture Capital Partners, he also once held the post of a finance manager at GBS Holdings LLC. Before that, he enjoyed an immensely successful stint at the real estate investment firm, Redbrick Partners. Jonathan is extremely supportive of his wife and her political ambitions, even though he prefers to stay away from the spotlight. 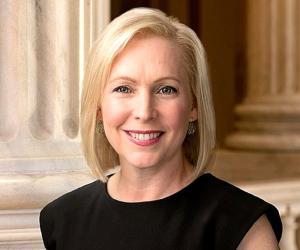 American People
British People
American Men
British Men
Columbia University
British Entrepreneurs
Career
The British-born Jonathan Gillibrand finished his school education in England, but later enrolled in the Columbia University to get a Masters of Business Administration degree. Although he was initially going to stay in the USA for just a year, his plans changed after he met his future wife Kirsten in that country. After completing his MBA, Jonathan Gillibrand set out to have a very successful career in finance. Before working for his own firm called Venture Capital Partners as a financial consultant, Jonathan had quite a remarkable run in the business world. His stint at the Washington-based real estate investment firm Redbrick Partners got him noticed as a financier. An article published in The Daily Gazette in 2009 stated that Gillibrand made at least 187 transactions in 2008 alone while he was working for Redbrick Partners. These dealings were worth millions of dollars; and according to an estimate, at least $10 million dollars were exchanged. Perhaps this goes to show not only his financial acumen, but also the incredible amount of hard work he was willing to put into achieving success. This was further proven by the fact that from January 2008 to April 2008, he continued to trade, stopping briefly for the birth of his second child. No wonder he is described by Kirsten as the yin to her yang as she herself worked until hours before her delivery. Jonathan made nonstop profitable transactions from August until November and was responsible for earning the company millions of dollars.
Following his departure from Redbrick Partners, Jonathan went on to join GBS Holdings LLC as a finance manager. It is estimated that he earned a salary of more than $89k during his stint there, according to a joint tax filing report in 2015. Jonathan prefers living a life away from the limelight and does not have any known social media accounts. Therefore, his current business ventures are not known to the public.
You May Like

American Entrepreneurs
American Venture Capitalists
Continue Reading Below
Controversies & Scandals
In 2015, Jonathan and Kirsten Gillibrand received a cash gift of $457,200 from his parents Sydney and Angela Gillibrand. Although the sum was not subjected to federal income, it was brought under scrutiny. This was largely due to Kirsten’s position as a US senator and also because the amount was more than the couple’s joint income in 2015. But they quickly defused any speculations by not only revealing the full information, but also openly reporting their tax returns.
Family & Personal Life
Jonathan Gillibrand was born to Sydney and Angela Gillibrand in England in 1969. Not much is known about his early life except he had a comfortable childhood and got a great education. His father served as a vice chairman for British Aerospace and also as a non-executive chairman for the UK engineering firm AMEC. Jonathan met young lawyer Kirsten Elizabeth Rutnik on a blind date when he was a student of business administration at the Columbia University. There was instant chemistry between the two of them, and they eventually got married on April 7, 2001. They have two sons together, Theodore (born in 2003) and Henry (born in 2008).
According to Kirsten Gillibrand, Jonathan has an academic and engineering bent of mind. She is grateful to him for being extremely supportive of her career in politics. In an interview, Kirsten quoted Jonathan as saying that as long as she keeps making a difference, he will continue being her pillar of support. Those who know Jonathan say that he is a kind and private man, who is very protective of his wife and hates it when she is politically attacked. He sometimes features in his wife’s Instagram feed as a doting husband and father. Ever since Kirsten Gillibrand expressed her wish to participate in the 2020 Democratic presidential nominee race, Jonathan has constantly been standing by her side.
You May Like