Advanced Search
Joel McHale is an American comedian, actor, producer, host, and writer. Born in Rome to American parents and raised in Seattle, Washington, he is a much popular comedian in the contemporary entertainment scene. McHale is best known for hosting E!’s ‘The Soup’ as well as for playing Jeff Winger in the comedy sitcom ‘Community’. He has acted in several popular movies including ‘Spy Kids: All the Time in the World’, 'Spider-Man 2' and 'The Big Year'. As a comedian, he has also worked in the improv comedy group at Unexpected Productions. In 2014, he served as a host at the annual White House Correspondents’ Association Dinner conducted in Washington D.C. In addition, he has also hosted numerous award functions and events till date. A keen football lover from his college years, McHale had played for the Washington Huskies football team for two years. Currently, the multi-talented artiste lives in Los Angeles with his wife and two sons. American People
Comedians
American Men
University Of Washington
Tall Celebrities
Career in Comedy
As a comedian, Joel McHale was a member of the local sketch-comedy TV titled ‘Almost Live!’ produced by Seattle's KING-TV. From 1993 to 1997, he was a part of the improv comedy group at Unexpected Productions.
Recommended Lists: 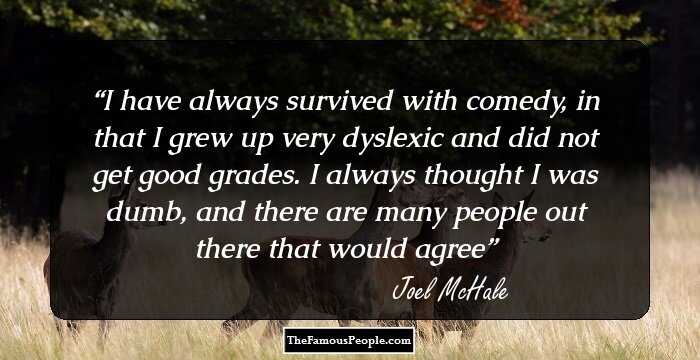 Continue Reading Below
As a Host
In 2014, Joel McHale served as the host at the White House Correspondents' Association annual dinner. In 2015, he hosted the ESPY Awards event. The following year, he got featured as an occasional co-host in ABC’s morning show ‘Live! with Kelly.’ In the year 2017, he hosted the 43rd People's Choice Awards as well as the 2017 Webby Awards.
In January 2018, it was announced that McHale would be starting his own talk show on Netflix. The show, titled ‘The Joel McHale Show with Joel McHale,’ premiered in February. It combines celebrity guests, pre-taped video clips, and sketches in half-hour episodes that focus on pop culture and news from across the globe.
Recommended Lists: 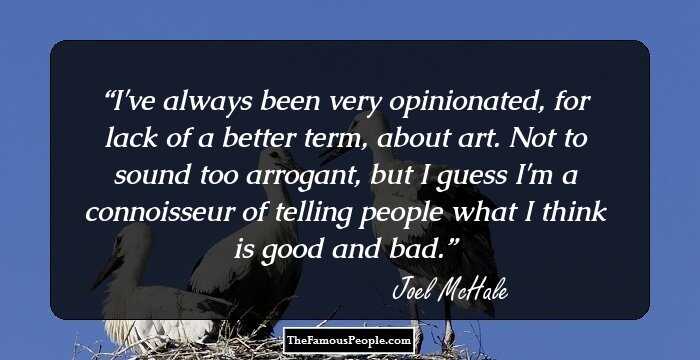 Quotes: Art
Acting Career
Joel McHale initially guest-starred in a number of TV programs, such as ‘Bill Nye the Science Guy’, ‘The Huntress’, ‘Diagnosis: Murder’ and ‘Will & Grace’. In 2004, he was given the opportunity to host E!’s ‘The Soup’. Soon after this, he did the movies ‘Spider-Man 2’ and ‘Mini's First Time’ in 2004 and 2006, respectively. Then from 2009 to 2015, the actor played Jeff Winger on the sitcom ‘Community’. During this time, he also got featured in the films ‘Spy Kids: All the Time in the World’, ‘The Big Year’, ‘Ted’, ‘Deliver Us from Evil’ and ‘A Merry Friggin' Christmas’.
McHale also voiced the character of First Ninja in ‘Randy Cunningham: 9th Grade Ninja’ from 2013 to 2015. Then in 2016, he was cast as Jack Gordon in ‘The Great Indoors’. The following year, he appeared in an episode of ‘Dimension 404’ and ‘Mystery Science Theater 3000’. In 2018, Joel McHale began hosting ‘The Joel McHale Show with Joel McHale’. He also did the movies ‘Assassination Nation’ and ‘A Futile and Stupid Gesture’ the same year. 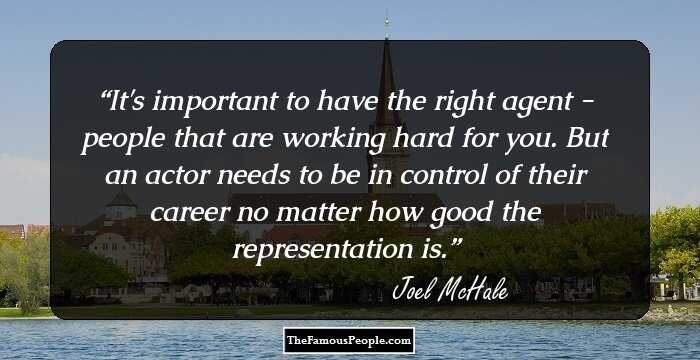 Personal Life
Joel McHale was born on November 20, 1971 in Rome, Italy to Laurie and Jack McHale. His father served as the Dean of Students at the Loyola University Rome Center. McHale studied at Mercer Island High School and later received his bachelor's degree from University of Washington. He then completed his Master of Fine Arts program from the UW’s Actor’s Training Program.
Coming to the actor’s love life, he married Sarah Williams in 1996. As of now, the couple has two sons. Currently, McHale resides with his family in Hollywood Hills, California.

Quotes By Joel McHale | Quote Of The Day | Top 100 Quotes