Advanced Search
Jill Gascoine is a British actor and novelist, best known for playing detective ‘Maggie Forbes’ in the police drama ‘The Gentle Touch.’ She was born and raised in London, England, and was interested in acting since a tender age. She started her career doing theater in Europe and made her TV debut with a small part in the 1958 ‘BBC’ series ‘Theatre Night.’ A year later, she made her film debut with a small role of a nurse in the film titled ‘The White Trap.’ Apart from appearing in the British sex-comedy film titled ‘Confessions of a Pop Performer,’ she also appeared in a recurring role in the series ‘The Onedin Line.’ However, she received widespread acclaim for her performance as the leading character in the drama series titled ‘The Gentle Touch.’ She also appeared in a leading role in the series ‘C.A.T.S. Eyes’ in 1985. Despite a fairly successful TV career, Jill’s film career was limited to a few films, such as ‘King of the Wind’ and ‘Red Hot.’ She has also written a few novels, such as ‘Addicted’ and ‘Just Like A Woman.’

Millie Bobby Brown
11th April In History
DID WE MISS SOMEONE?
CLICK HERE AND TELL US
WE'LL MAKE SURE
THEY'RE HERE A.S.A.P
Quick Facts 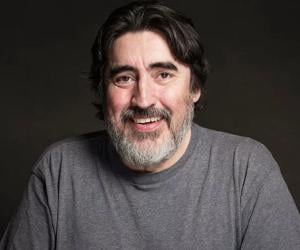 British Celebrities
British Women
Aries Writers
Women Writers
Aries Actresses
Childhood & Early Career
Jill Gascoine was born on April 11, 1937, in Lambeth, London, England. She spent most of her early childhood years in a boarding school, where she faced a lot of bullying. She has suffered from clinical depression almost all her life and once blamed her difficult years in the boarding school for her mental troubles.
Jill was always interested in acting. Following her graduation from high school, she began acting in plays. In the early 1960s, she joined ‘Dundee Repertory Theatre’ in Scotland and honed her acting skills by appearing in regular plays.
She spent a good chunk of her early adult years in Dundee, Scotland, and became part of the city’s thriving theater scene. Apart from joining the ‘Dundee Repertory Theatre,’ she had also joined the ‘Downfield Musical Society.’
She also worked extensively with director Ken Loach, who later became a prominent film and TV director.
Continue Reading Below
Career
She made the first TV appearance of her life in 1958, with the show titled ‘Theatre Night.’ At that time, ‘BBC’ aired several theatrical shows, and Jill was part of many such shows.
In 1959, she made her film debut with a small role of a nurse in the film titled ‘The White Trap.’ She then appeared in a small role in the comedy film ‘The Pure Hell of St Trinian’s.’ She worked as a narrator in the short film ‘Nudist Memories’ in 1961, which was her last film role before she took a long break from films, as she received many TV offers.
During the early few years of her TV career, spanning the early and the mid-1970s, she appeared in guest roles in many TV series. Some of her most notable TV series are ‘Six Days of Justice’ (as ‘Miss Owen’), ‘Oranges & Lemons’ (as ‘Charlotte’), ‘Dixon of Dock Green’ (as ‘Lorna McDermot’), ‘Justice’ (as ‘Elizabeth Lee’), ‘General Hospital’ (as ‘Michelle Hawkins’), and ‘Within These Walls’ (as ‘Irene’).
She also managed to enter the American entertainment industry. In 1976, she appeared as ‘Young Wendy’ in the made-for-TV film ‘Peter Pan.’ The same year, she appeared in another supporting role (‘Marion’), in the series titled ‘Plays for Britain.’
She returned to films with the 1975 sex comedy ‘Confessions of a Pop Performer.’ The film featured her in the supporting role of ‘Mrs Barnwell.’ This was her last film appearance before she took a 15-year-long break from films.
Jill had her major acting breakthrough in 1976, when she was cast as one of the leads in the British drama series titled ‘The Onedin Line.’ The series featured her in the role of ‘Letty Onedin,’ a governess. She earned lots of praises for her performance in the series. She appeared as part of the series until 1979. It was a commercial and critical success, which helped Jill establish her career in the industry.
She then appeared in two guest appearances, in the series ‘Holding On’ (as ‘Betty’) and ‘Raffles’ (as ‘Dolly’). In the 1978 TV film ‘The Three Kisses,’ Jill played the supporting role of ‘Mrs. Marigold.’
She had yet another career breakthrough in 1980, when she was signed on to portray the leading role of ‘Detective Inspector Maggie Forbes’ in the police-procedural series titled ‘The Gentle Touch.’ The series was a big critical and commercial success and ran for five seasons, spanning 56 episodes.
In the mid-1980s, after making a guest appearance on the comedy variety show ‘The Cannon and Ball Show,’ she was hired for the spin-off of the series ‘The Gentle Touch,’ titled ‘C.A.T.S. Eyes.’ She reprised her role of ‘Maggie Forbes’ in this series. The series ran for three seasons, spanning 30 episodes. It was also a critical and a commercial success.
In the late 1980s and the early 1990s, she appeared in a string of guest roles, in series such as ‘Home to Roost,’ ‘Boon,’ and ‘Virtual Murder.’
She also appeared in supporting roles in films such as ‘Red Hot,’ ‘BASEketball,’ ‘TV Virus,’ and ‘King of the Wind.’
Her acting career was ruined by her chronic depression. Before she vanished from the acting landscape completely, she appeared in series such as ‘Touched by an Angel’ (as ‘Ms. Piper’) and ‘Northern Exposure’ (as ‘Lady Ann’).
She also wrote novels from time to time, beginning in the 1990s. Her first novel, ‘Addicted,’ was released in 1994. She later released two more novels: ‘Lilian’ and ‘Just Like a Woman.’
Family & Personal Life
Jill Gascoine has married twice. Successful hotelier Bill Keith was her first husband. She married him in Dundee during the early years of her career and had two children with him. The couple divorced shortly after.
Jill married actor Alfred Molina in March 1986, and they are still together. The couple do not have any children. Alfred adopted Jill’s children from her first marriage.
Jill has been suffering from Alzheimer’s disease and is currently in the last stage of the illness. In the late 1990s, she was also diagnosed with kidney cancer, but as it was detected early, she recovered from the disease completely.
Recommended Lists:
Film & Theater Personalities #7378

See the events in life of Jill Gascoine in Chronological Order