(Singer-Songwriter Known for Her Songs ‘The Worst’ and ‘Sail Out’)

Jhene Aiko is an American R&B singer and songwriter. She is famous for her mix tape 'Sailing Soul(s),' which released on her website in 2011. She started her musical career in her early teens as a vocalist for the R&B group B2K. She was introduced as the ‘cousin’ of B2K rapper Lil' Fizz, which was a false promotional tactic to attract audience. Her musical hits include 'Sail Out,' 'The Worst,' 'Uh Huh,' and 'Why I Love You.' In 2002, she debuted as a playback singer for the soundtrack of the film 'The Master of Disguise' by contributing vocals to the song 'Cherry Pie.' She also appeared in her former boyfriend O'Ryan's debut video 'Take It Slow.' She predominantly works with genres, such as R&B, Hip-Hop, and Rap. Her single '3:16 AM,' which she released under the popular publishing house A&R, increased her popularity; the song was made available for digital download on iTunes. She achieved international recognition when she joined Canadian rapper Drake to contribute to his album 'Nothing Was the Same.' In May 2014, her single 'The Worst' reached the No.1 spot in ‘US Billboard R&B /Hip-Hop-Airplay’ category and peaked at the 11th position in ‘Hot R&B /Hip-Hop’ songs. In 2015, she was nominated for ‘Grammy Awards’ in three categories. Image Credit
https://commons.wikimedia.org/wiki/File:Jhene_Aiko_2013_2_(crop).jpg
(The Come Up Show / CC BY (https://creativecommons.org/licenses/by/2.0)) Megan Thee Stal...
16th March In History
DID WE MISS SOMEONE?
CLICK HERE AND TELL US
WE'LL MAKE SURE
THEY'RE HERE A.S.A.P
Quick Facts

Jhene Aiko was born Jhene Aiko Efuru Chilombo on March 16, 1988, in Los Angeles, California, USA. She was raised in a middle class family with four siblings. Her pediatrician father Dr. Karamo Chilombo is of Afro-American and German descent. Her mother Christina Yamamoto is of half-Japanese and Spanish descent.

Her childhood memories of the horrific 1992 LA Riots, which began in support of the police brutality victim Rodney King in California, are still fresh in her mind. The violence left more than 50 people dead and 2000 injured.

Her elder sisters Jamila and Miyoko were already established singers in the R&B musical group 'Gyrl.' This helped her to showcase her singing skills to producer Chris Stokes at the age of 5.

Jhene started writing rap lyrics at the age of 7. Apart from music, she also had a passion for writing in her school days.

When she was just 8 years old, Jhene Aiko kindled a minor controversy in school by explaining to her classmates the meaning behind the lyrics of Lil' Kim's raunchy album 'Hardcore.'

Her parents divorced when she was young. She then stayed with her mother and siblings. She also has three half-siblings from her father's side. Her half-siblings are Dio Chilombo, Kareena Chilombo, and Marcia Chilombo. Because of her mixed ethnicity, she was teased by her fellow classmates and preferred to be homeschooled. 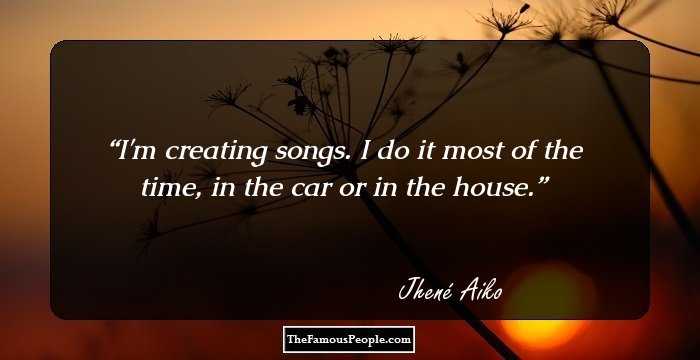 Jhene Aiko was raised in a musically-oriented family. Her elder sisters Jamila and Miyoko had started their respective musical career when Jhene was young. Jhene became a part of the band B2K and signed with ‘Epic Music’ at the age of twelve. She sang for B2K's debut video album ‘Uh Huh,’ which won the ‘BET Award’ for ‘Viewer's Choice.’

In 2003, she tried to release her debut music album 'My Name is Jhene' through ‘Sony,’ ‘The Ultimate Group,’ and ‘Epic.’ But due to some differences with ‘Epic Music,’ the album was not released. Thereafter, she severed her ties with ‘Epic’ and started focusing on her education.

After finishing her studies, she made a comeback in 2011 by releasing her first mixtape 'Sailing Soul(s),' which featured artists like Drake, Kayne West, and Miguel.

From then on, there was no looking back for Jhene. The next year, American Hip-Hop and R&B record producer Ernest Dion Wilson a.k.a. No I.D. signed Jhene with ‘ARTium Recordings’ through ‘Def Jam.’

In November 2013, she released her first EP 'Sail Out,' which reached the No.1 spot on the R&B chart. The following year in September, she released her debut studio album ‘Souled Out,’ which topped the ‘US Top R&B/Hip-Hop Albums.’

In 2016, she collaborated with American rapper Big Sean and formed a hip-hop duo called ‘Twenty88.’ They released their self-titled album in April 2016. The album topped the US R&B charts and also peaked at number five on the ‘US Billboard 200.’

She released her second studio album ‘Trip’ in September 2017. The album included guest appearances from Big Sean, Chris Brown, and her daughter Namiko Love. The album became a hit and received a gold certification from RIAA.

After touring and opening for singer Lana Del Rey in 2018, Aiko released ‘Triggered (freestyle)’ in May 2019. It served as her first official single from her forthcoming album. 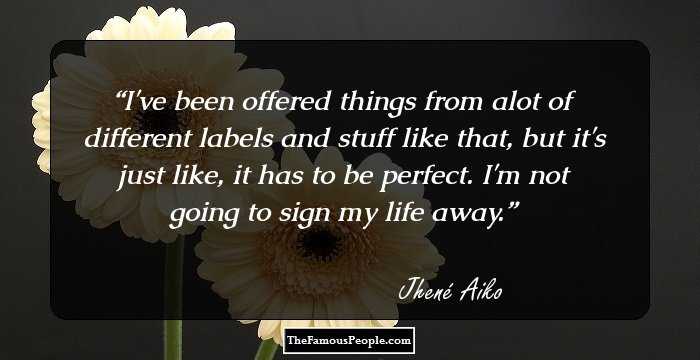 Jhene Aiko’s debut EP 'Sail Out,' which released through ‘Def Jam Recordings,’ reached the No.1 spot on R&B chart. Most of the songs were written by her. It was nominated for a ‘Grammy’ for ‘Best Urban Contemporary Album.’ It was also nominated for ‘World Music Award’ under the ‘World's Best Album’ category.

Her other major work is 'Souled Out,' which released in 2014 by ‘Def Jam.’ The album peaked at No. 3 on ‘Billboard’ and sold 70,000 copies in the first week of its release. The musical style of this album combines elements from different genres. Though the lyrics are not so closely woven, they create an everlasting impression of pain, sorrow, and aggression when combined with melodious tunes.

Aiko’s second studio album ‘Trip,’ which released on September 22, 2017, peaked at number five on the ‘US Billboard 200’ and topped the ‘US R&B/Hip Hop’ charts. With positive reviews from critics and great commercial sales, the album was certified gold by RIAA.

Jhene Aiko’s single 'The Worst' was accredited platinum by ‘Recording Industry Association of America’ (RIAA). The single also won the ‘Centric Award’ at the 2014 ‘BET Awards.’

In February 2015, she was nominated for the ‘Grammy Awards’ in three categories. 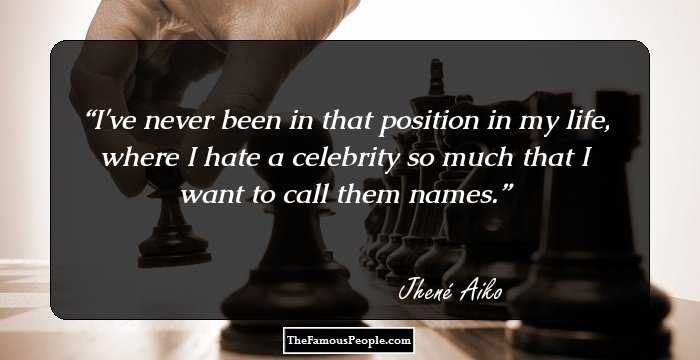 Jhene Aiko had an affair with B2K singer and Omarion's brother O'Ryan from 2005 to 2008. They had a daughter named Namiko Love in November 2008. Namiko was raised single-handedly by Jhene. She discontinued her musical career for a short while in order to take care of her daughter, and resumed her career in 2011.

As a young single parent, her life was not easy, but she worked very hard to make both ends meet. In addition to being a successful musician, she is also a competent mother who takes care of her daughter with considerable parenting skills.

Later on, she had an affair with producer Dot Da Genius and got married to him in secret in 2015. They confirmed their marriage in March 2016. In August 2016, she filed for a divorce. In October 2016, she started dating Big Sean. In June 2022, the couple announced that they were on cloud 9 as they are expecting their first child together.

She was awfully distressed when her brother Miyagi died from brain tumor at the age of twenty-six in July 2012. She dedicated to him the song 'For My Brother' before his death.

She is a vegetarian and an ardent animal lover. She supported PETA's (People for the Ethical Treatment of Animals) anti-fur campaign 'Drop the Fur' by posing nude in December 2016. She stated that she would go nude rather than wearing fur which comes by killing animals.

See the events in life of Jhené Aiko in Chronological Order