Jethro Tull was an English agricultural pioneer who developed new farming techniques and invented mechanical agricultural tools. His farming improvements and inventions such as the seed drill & horse-drawn hoe, laid the foundation of modern and much more efficient British agriculture. Born into a family of Berkshire gentry, he studied at Oxford University and Gray's Inn in preparation for a legal career, but his ill health suspended these plans and he started farming with his father. While touring Europe, Tull had noticed new and improved agricultural practices in France and Italy and upon becoming a farmer, he began to think of more competent ways to do it. He noticed that at the time, seeds were distributed manually for sowing without any well-organized technique which prompted him to invent the seed drill that economically sowed the seeds in arranged rows. Subsequently, he also came up with the idea of horse-drawn hoe and invented the four-culter plow in order to improve the conventional agricultural techniques. Later, he published two editions of The Horse-Hoeing Husbandry which spread his ideas to other farmers, detailing his system and its machinery. Although initially his ideas and methods faced much protest, eventually they were accepted on account of increased production and profits. His numerous implements and farming techniques had a notable influence on the Agricultural Revolution and its impact can still be seen in today’s farming methods 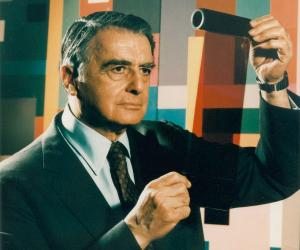 Aurel Stodola
Inventors & Discoverers #126
30th March In History
DID WE MISS SOMEONE?
CLICK HERE AND TELL US
WE'LL MAKE SURE
THEY'RE HERE A.S.A.P
Quick Facts

British People
British Inventors & Discoverers
Aries Men
Childhood & Early Life
Jethro Tull was born in Basildon, Berkshire, England to Jethro Tull Sr., a farmer, and his wife, Dorothy Tull. He was baptized there on March 30, 1674, and grew up on a country estate.
At the age of 17, he was enrolled at St. John's College, Oxford, to obtain a degree in law but left before completing his graduation. Then, he became a member of Staple Inn where he studied for two years and was subsequently called to the bar by the benchers of Gray's Inn in 1693. He qualified as a barrister in 1699 but never practiced law. 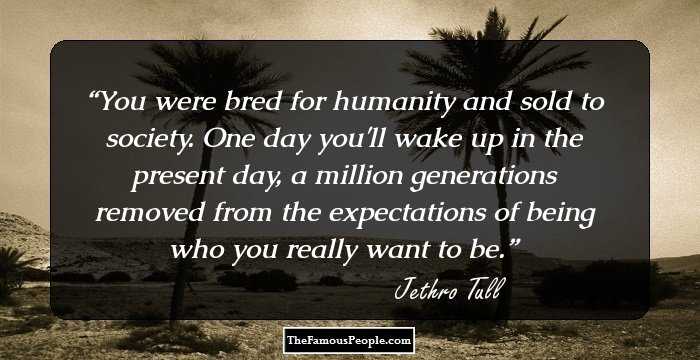 Famous Beautiful Women With Green Eyes
Career
Soon after his appointment to the bar, he fell ill with a pulmonary disorder which changed the course of his professional life. Subsequently, he travelled to Europe in pursuit of a treatment.
During his tour, Tull observed the farming methods of France and Italy which were much more superior to that of England. Thereafter, upon returning to his own country, Tull took into his own hands a farm called Prosperous, at Shalbourne, and started experimenting with new agricultural methods.
For the rest of his life, he worked on the farm and played a major role in revolutionizing the British agriculture. He suggested pulverizing the soil, planting with drills, and thorough tilling during the growing period to promote production.
At that time, the most common practice of sowing seeds was to simply scatter them, and watch them sprout and grow along with weeds. He thought of an idea to increase the production using less number of seeds if crops were sown in arranged rows that could be weeded. Thus, in 1701, he came up with a horse-drawn seed drill that carefully sowed the seeds in neat rows.
Later, impressed by the cultivation methods used in the vineyards of France and Italy wherein the rows of earth between the vines had been pulverized, he developed a horse-drawn hoe and successfully implemented the vineyard method to his farm. This technique helped in reduction of the manure and increased the access of water to and from plant roots.
He also invented a 4-coultered plow which made vertical cuts in the soil before the plowshare. Using his improved farming practices, Tull was able to yield good crops for several years successively and also reduced the need for fallowing.
In 1729, he started writing a book about his agricultural experiments and the scientific reasons for his actions. It resulted in the publication of his ‘The New Horse Hoeing Husbandry: or, an Essay on the Principles of Tillage and Vegetation’ in 1731.
Although, his innovative methods were not readily accepted by everyone and were also rubbished, they were eventually adopted by the large landowners and formed the basis of modern and efficient British farming. 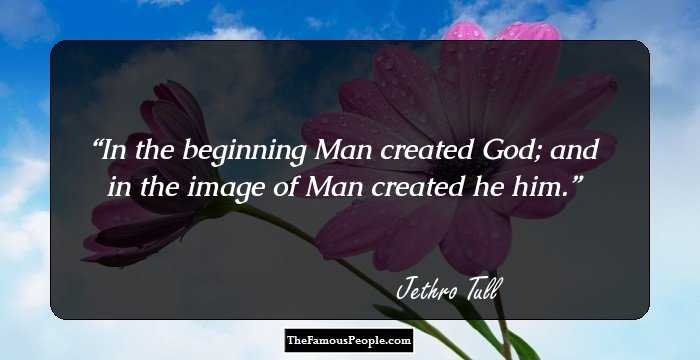 Major Works
In 1701, Tull made a major improvement in planting crops with his invention of seed drill, a mechanical seeder that sowed efficiently at the correct depth and spacing and then covered the seed so that it could grow. By 1866, the seed-drill developed into one of the most common implements on English farms.
With an experience of nearly 40 years of fieldwork, Tull wrote ‘The New Horse-Hoeing Husbandry; or, an Essay on the Principles of Tillage and Vegetation’, published in 1731. The book depicts his ideas on plant physiology and advice on plant culture, and was later translated into French, Dutch, German, and other European languages.
Personal Life & Legacy
Jethro Tull married Susanna Smith of Burton Dassett, Warwickshire. The couple had three children together; a son and two daughters, and the family settled on Tull’s paternal farm.
Jethro Tull died on February 21, 1741 at Prosperous Farm, Hungerford, Berkshire, England, at the age of 66. He is buried in the churchyard of St Bartholomew's Church, Lower Basildon, Berkshire, England. 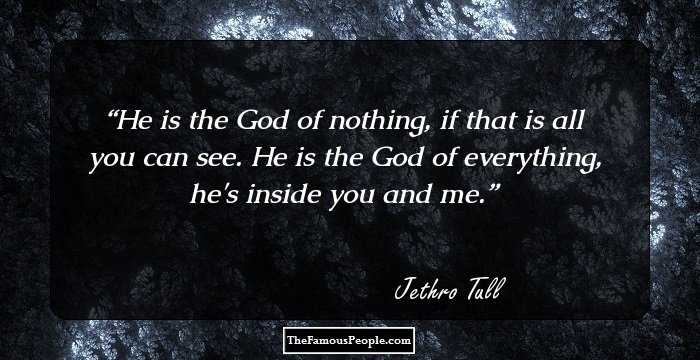 Quotes By Jethro Tull | Quote Of The Day | Top 100 Quotes

See the events in life of Jethro Tull in Chronological Order