Jessica Seinfeld is a popular American cookbook author and a noted philanthropist. She has four bestselling cookbooks to her credit that deal primarily with food preparation for families and making cooking easy for beginners. She is the founder and president of a New York City-based charitable organization, ‘Baby Buggy’, now named as ‘Good+ Foundation’ that tries to help families in need in New York with donations of essential goods and services by partnering a national network of charities. Her very first book landed her in controversy following litigation by another author accusing her of infringing intellectual property rights, however, she was absolved of any wrongdoing by the court. Normally a private person, her divorce just weeks after her first marriage, and getting engaged and then married to celebrity comedian Jerry Seinfeld, received a lot of media coverage. She lives in New York City in an East Hampton house formerly owned by Billy Joel, with her husband, three children, two cats, and two pet dogs. 137
12th September In History
DID WE MISS SOMEONE?
CLICK HERE AND TELL US
WE'LL MAKE SURE
THEY'RE HERE A.S.A.P
Quick Facts 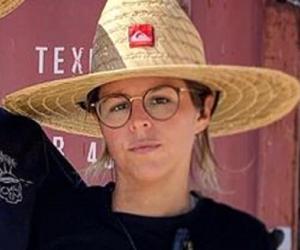 American People
Filipino People
American Women
Filipino Women
Virgo Writers
Women Writers
Childhood & Early Life
Born as Nina Danielle Sklar in Oyster Bay, New York on September 12, 1971, Jessica is the second of the three daughters of her parents.
Her father was a computer software engineer while her mother was employed at Hunt Middle School as an attendance officer and was a social worker well-known for her work for more than 50 years in Burlington, Vermont, where they lived in a peaceful middle-class household.
After graduating from the University of Vermont, Jessica worked at Golden Books Entertainment and thereafter at Tommy Hilfiger, in their public relations departments.
Continue Reading Below
You May Like

The Most Popular US Veterans
Career
After her first child, Sascha, grew up a little, Jessica Seinfeld woke up to the fact that there was a large number of baby supplies that she had no use for and that could be useful to people who could not afford to buy them.
As a social worker’s daughter her first instinct was to try and get them across to the needy so she organized a donation drive, and ‘Baby Buggy’, a charitable organization that aims to help needy families to access the essentials required for safeguarding their safety and wellbeing, was thus born in 2001.
‘Deceptively Delicious: Simple Secrets to Get Your Kids Eating Good Food’, Jessica’s first cookbook, was published in October 2007 by ‘HarperCollins’. The book that contained recipes and strategies for making healthy food likable to young children had a foreword written by Dr. Mehmet Oz and Dr. Roxana Mehran while nutritional advice was contributed by Joy Bauer, a repute nutritionist.
‘Deceptively Delicious’ proved to be a raging success, becoming the No.1 on the ‘New York Times’ bestseller list where it remained for as long as five months. It also became a top seller on ‘Amazon’ and climbed to the No.2 spot on USA Today’s list of bestsellers. ‘The Oprah Winfrey Show’ featured the book.
Much of the success that the book achieved was due to the publicity that arose from a lawsuit instituted against Jessica Seinfeld by Missy Chase Lapine, the author of the cookbook, ‘The Sneaky Chef’, published by ‘Running Press’ for copyright and trademark infringement.
Ms. Lapine who had submitted her manuscript to several publishers, including ‘HarperCollins’ earlier, accused Jessica of stealing her idea of hiding vegetable and fruit as purees in traditional recipes to make them healthier to children.
Ms. Lapine also accused Jerry Seinfeld in the same suit of defamation because Jerry appearing with David Letterman on ‘The Late Show’ on October 29, 2007 had called her “angry and hysterical," a “wacko,” a “stalker” and a “nut job,” and suggested that "people with three names... become assassins."
Jessica defended herself saying that the idea of adding pureed fruit and vegetables was not new and had been in practice for very long and nobody in particular could claim credit for it.
On September 10, 2009, all claims against Jessica were dismissed by Judge Laura Taylor Swain of the District Court for the Southern District of New York. The defamation suit against Jerry Seinfeld was also dismissed in February 2011 by the state court.
Continue Reading Below
In July 2010, partnering the ‘Target Corporation’, ‘Baby Buggy’ launched a layette collection designed by Maira Kalman, a noted children’s book author and illustrator. Ten percent of the sale goes to the support Baby Buggy’s programs.
In 2010, she wrote the script for ‘The Marriage Ref’, a Jerry Seinfeld production presented by comedian Tom Papa on ‘NBC’; the show premiered on February 28, 2010 and ran for two seasons.
Jessica’s second cookbook, ‘Double Delicious! Good, Simple Food for Busy, Complicated Lives’, was released in October 2010. ‘The Oprah Winfrey Show’ once again featured the follow-up book to her first book that contained recipes incorporating healthy twists to conventional dishes, this time for the entire family. Just like her first book, this book also was a bestseller. The same month, Jessica launched a website ‘Do it Delicious’ aimed at novice cooks.
In 2013, ‘Charity Navigator’, America’s largest independent charity evaluator, awarded it a Four-Star rating for the fourth time. Baby Buggy is also accredited to the ‘Better Business Bureau’.
Jessica’s third cookbook, ‘The Can't Cook Book’ was published in 2013; the cookbook contained “100 recipes for the absolutely terrified”, an effort to transform even the most inexpert of cooks into confident ones.
In 2016, Baby Buggy’s name was changed to ‘Good Plus Foundation’; the reason Jessica gave to George Stephanopoulos, the co-anchor of ‘Good Morning America’ was that it had outgrown its name and need to do justice to its wider horizons in charitable work.
‘Good Plus Foundation’ partners with over 100 carefully-selected community-based organizations engaged in diverse charitable activities like helping victims of domestic violence, immigrants, and refugees, prenatal babies requiring critical care, parenting programs, etc.
‘Food Swings: 125+ Recipes to Enjoy Your Life of Virtue & Vice’, Jessica’s fourth cookbook containing a mix of practical as well as indulgent recipes was published in 2017.
Major Works
‘Deceptively Delicious: Simple Secrets to Get Your Kids Eating Good Food’ created waves for presenting recipes of traditional dishes incorporating the goodness of vegetables and fruits in a palatable way for children.
Establishment of ‘Baby Buggy’, later renamed to ‘Good Plus Foundation’ to coordinate with charitable partners to provide access to the underprivileged essentials for ensuring their welfare.
Personal Life & Legacy
On September 25, 1996, she legally changed her first name to Jessica from Nina.
Jessica got married to a theatrical producer, Eric Nederlander in June 1998 whom she had been dating for around five years.
Just after returning from the honeymoon, she started going around with Jerry Seinfeld who she had met just a few months before at a Reebok Sports Club. In October 1998, just four months after the marriage, Eric filed for divorce.
In November 1999, Jessica became engaged to Seinfeld and the couple married on Christmas Day the same year
Facing strong criticism by Eric Nederlander for her fickleness, she gave an interview to the Vogue magazine regarding the divorce and marriage in 2004, saying that she had already made up her mind about the divorce and Jerry was not the cause of the breakup but a source of strength during a very trying time.
Jessica has three children with Jerry; daughter Sascha, her first child, was born on November 7, 2000, and was followed by son Julian Kal on March 1, 2003, and subsequently, on August 22, 2005, Shepherd Kellen, her second son, was born.

See the events in life of Jessica Seinfeld in Chronological Order 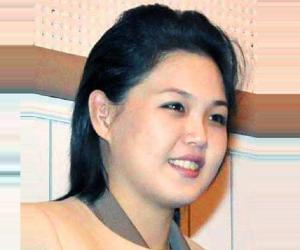