Jessica Beth Savitch was a popular American TV journalist. She was the first woman anchor to present evening news broadcast in Southern United States during late 1970s. She worked as a weekend anchor for NBC Nightly News and presented daily updates on NBC News. Jessica also hosted a documentary program called ‘PBS's Public Affairs’ on American TV series known as ‘Frontline’ that was aired from January 1983 and was associated with the program until her death in a road accident later that year. Savitch was renowned for her audience appeal and on-camera news reading skills. On the other hand, Savitch also drew criticism for her erratic news presentation on live broadcast of a short NBC News update and for her troubled personal life. She started her first job as a newsreader with a local radio station. Her father was the one who encouraged her to pursue a career in broadcast journalism. With that motivation, she decided to pursue a major in communications. After initial struggles, Jessica rose to fame as a popular news presenter in the early 1980s claiming a compensation equal to that of male anchors and correspondents of those times. Jessica met with a fatal road accident on October 23, 1983. American Celebrities
American Women
Ithaca College
Women Journalists
Female TV Presenters
Childhood & Early Life
Jessica Savitch was born on February 1, 1947 in Pennsylvania, US, to David Savitch, a clothing storeowner and Florence, a navy nurse. Jessica had a Jewish and Italian American lineage. She lost her father in 1959 when she was just 12.
She finished her schooling in Atlantic City and started working as a radio jockey at the local radio station WOND in New Jersey. She was the first woman disc jockey in her locality.
Savitch was an alumnus of Ithaca College, New York, and held a majors degree in communications. During the initial days in college, she was discouraged from pursuing a degree in communications because broadcast journalism was not considered an apt career choice for female candidates.
Continue Reading Below
You May Like

The Most Popular US Veterans
Career
In 1969, Jessica started-off as an administrative assistant at the WCBS, the flagship news station of CBS Radio in New York City. She kept pursuing her dream job of television anchoring by sending recorded audio tapes to various television stations across the country. She became the first female reporter hired by KHOU-TV in Houston on the grounds of her professional ambition, speaking and copywriting skills.
In 1972, she signed a five-year contract with KYW-TV as a general assignment reporter and weekend anchor. Initially, she was restricted to only on-camera news reading and reporting given the unionized work culture at KYW-TV. She eventually gained popularity by joining Mort Crim and Vince Leonard to host the 11 pm news.
Her feature stories on television gained wide popularity given their unique content for the times and her personal touch the stories. Jessica became a celebrity of sorts in her state with women trying to imitate her hairstyle and her dressing sense.
In 1976, she caught the attention of NBC executives during a presidential campaign debate held in Philadelphia between President Gerald Ford and Democratic nominee Jimmy Carter. Her extempore performance to fill-up around 27 minutes of airtime owing to an audio line failure earned her a three-year contract as news correspondent and anchor in Washington D.C. with NBC.
In 1977, she joined ‘NBC News’ as a weekend news anchor and correspondent eventually becoming a popular face in weekend and short news broadcasting segments. While she was extremely talented at anchoring, she failed miserably at a reporting assignment from the US Senate due to lack of relevant exposure to the particular segment. As an anchor, she also played an imported role in covering 1980 Republican and Democratic national conventions.
In January 1983, Savitch began hosting a segment on public affairs on ‘Frontline’, a Public Broadcasting Service documentary while continuing her stint at NBC. She was associated with the documentary program until her death later that year.
Major Works
Jessica spent her major years of work at NBC, where she became the second woman to host a weekend national news telecast eventually becoming the first woman anchor to host the weeknight ‘NBC Nightly News’.
By 1980s, she reached stardom, became popular public figure as a female news anchor in the category of weekend and short news update telecasting at NBC.
In 1982, Savitch published her autobiography titled ‘Anchorwoman’.
Continue Reading Below
Personal Life & Legacy
Jessica married Mel Korn, an advertising executive on January 6, 1980. The marriage was short-lived and ended in a divorce within a year.
In August 1981, she married Dr. Donald Rollie Payne, a gynecologist and obstetrician by profession. The marriage ended within a year following the suicide of Payne, who was suffering from problems related to substance abuse and depression.
Jessica had long-term romantic relationship with TV news reporter Ron Kershaw, who reportedly had physically abused her many times under the influence of drugs. She was also in a short-term relationship with CBS news journalist Ed Bradely.
Savitch had suffered many early ending pregnancies and was reportedly suffering from anorexia, but there were no confirmed reports on both the aspects.
On October 23 1983, Jessica Savitch met a fatal automobile accident, while returning home from shopping along with her then boyfriend Martin Fischbein. She was 36 at the time of her death.
After her death, her family filed an insurance suit against New York Post, who had insured the car Fischbein was driving at the time of their death. The claim was settled at US$ 8 million and a part of this amount was used to fund scholarships in her name to provide financial assistance to women students pursuing broadcast journalism.
Awards and Achievements
Jessica received Clarion Award from Women in Communications Inc. for her work on the series ‘Rape . . . the Ultimate Violation’, where she actually joined the police as an undercover agent for two weeks to come up with a detailed first hand report on the events covered in the program.
In 1979, Jessica was bestowed with honorary doctorate in humane letters from her college, and in 1980, she became an elected member to the college’s Board of Trustees.
During 1980s, Jessica, at the age of just 33, she became the first female news anchor ever to receive a highest salary of $500,000 a year.
Trivia
Ithaca College named a studio in Park School of Communications after Jessica and the college regularly hosts ‘The Jessica Savitch Distinguished Journalism Lecture Series’.
In 1995, Jessica’s biography was adapted into a made for TV movie ‘Almost Golden: The Jessica Savitch Story’. The film became the second ever highest-rated movie in the history of television movies at that time.
Jessica Savitch also inspired the story line of the 1996 film ‘Up Close & Personal’, where Michelle Pfeiffer’s character was loosely based on Jessica and ‘Anchorman: The Legend of Ron Burgundy’ based on struggles of a female anchor.
In 2006, the Broadcast Pioneers of Philadelphia listed Savitch into their Hall of Fame.
You May Like

See the events in life of Jessica Savitch in Chronological Order 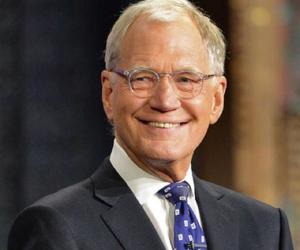