Jessica Alba is an American actress who gained fame for her outstanding role in the television series ‘Dark Angel’. A prolific actress today, Alba had wanted to become an actress from an early age,. She was only five when she decided to pursue her passion for acting! At 11, she won an acting competition which earned her a scholarship for acting classes. This marked the stepping stone of Alba’s career which led her to fulfil her dreams. Her breakthrough roles in both films and television came in early. In 1994, at just 13 years of age, she bagged a small role as Gail in the feature film ‘Camp Nowhere’. Around the same time, she picked up a recurring role as Jessica in the Nickelodeon comedy series ‘The Secret World of Alex Mack’. Over the years, Alba has polished her acting skills greatly which is visible in her work. Interestingly, she hasn’t limited her work to a single genre and repeatedly experiments with her roles and characters. She has acted in a diverse array of film genres including horror, supernatural, thriller, romance, drama and comedy. Furthermore, she has made her presence felt both in films and television with her versatile acting skills. American People
Business Women
American Women
California Actresses
Taurus Actresses
Childhood & Early Life
Jessica Alba was born on April 28, 1981 in Pomona, California to Catherine Louisa (née Jensen) and Mark David Alba. She has a younger brother Joshua. Her mother was a lifeguard by profession.
Early in her life, due to her father’s career in Air Force, the family lived in various cities including Biloxi, Mississippi, and Del Rio, Texas, before finally settling in Claremont, California.
Alba suffered from various physical ailments in her early life. Partially collapsed lungs, ruptured appendix, asthma and tonsillar cyst were some of the problems that she dealt with as a child. She also suffered from obsessive compulsive disorder.
She expressed her interest in acting when she was very young. When she was 11, she took part in an acting competition in Beverly Hills which she won. The grand prize which was free acting classes helped her get started with her passion. Just nine months later, she was signed by an agent.
She attended Claremont High School, graduating from the same in 1997. Subsequently, she attended the Atlantic Theatre Company. 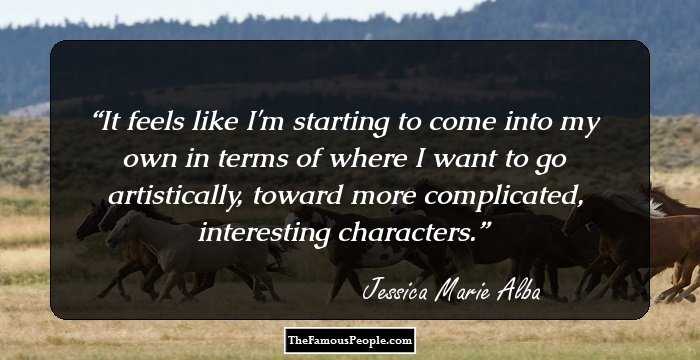 Continue Reading Below
Career
Jessica Alba’s debut on the big screen came in early. She bagged a small role as Gail in the 1994 feature film ‘Camp Nowhere’. Originally tapped in for a minor role, luck came her way when she replaced a prominent actress who dropped out of her role, giving Alba more screen time.
Simultaneously, she made her television debut the same year. She picked up a recurring role as Jessica for the Nickelodeon comedy series ‘The Secret World of Alex Mack’. She even featured in two national television commercials for Nintendo and JC Penny.
Born to a lifeguard mother, Alba had picked up swimming traits before even turning two. An avid swimmer and certified scuba diver, she put her swimming skills to use for the show ‘Flipper’, wherein she featured in the role of Maya. Started in 1995, its successful first season led way for a second season which she starred in. Alba’s alliance with the show lasted until 1997.
The year 1998 saw her pick up guest roles in several prominent and highly rated television series including first season of the crime drama ‘Brooklyn South’ as Melissa Hauer, two episodes of ‘Beverly Hills, 90210’ as Leanne and for an episode of ‘The Love Boat: The Next Wave’ as Layla.
The year 1999 was a busy one for her in terms of career. She appeared in the Randy Quaid comedy feature ‘P.U.N.K.S.’.Concurrently, her film career took off as she picked up important roles in the romantic comedy ‘Never Been Kissed’ and the comedy horror ‘Idle Hands’.
Though Jessica Alba did a lot of work, her breakthrough as an actress came in when she got selected from 1200 odd candidates who auditioned for the role of Max Guevara, a genetically engineered super soldier, for the Fox sci-fi television series ‘Dark Angel’ in 2000. Running for two seasons until 2002, Alba gained a lot of critical acclaim as an actress. In addition to several awards, she even won a Golden Globe nomination.
Following ‘Dark Angel’, television and film offers came in rolling for Alba. She starred as an exotic dancer Nancy Callahan in ‘Sin City’ for which she gained a MTV Movie Award for ‘Sexiest Performance’. She played an aspiring dancer choreographer in ‘Honey’ and as the Marvel Comics character Sue Storm, the Invisible Woman, in ‘Fantastic Four’ and its sequel. Meanwhile, she did guest roles in ‘MADtv’, ‘Entourage’ and ‘Trippin’.
In 2008, she starred in the horror film ‘The Eye’. Though the film failed to impress, her role received positive response from the critics. The same year, she starred in ‘Meet Bill’ and ‘The Love Guru’ as well.
The year 2010 was a busy one for the actress. She had five back-to-back releases, playing Joyce Lakeland, a prostitute in ‘The Killer Inside Me’. Next she starred in the hit romantic comedy ‘Valentine’s Day’as Morley Clarkson, followed by an action film ‘Machete’. Two other releases of the year were ‘An Invisible Sign’ and ‘Little Fockers’.
Continue Reading Below
In 2011, Jessica Alba appeared in the film ‘Spy Kids: All the Time in the World’. Her later releases include comedy ‘A.C.O.D’ and animated film ‘Escape from Planet Earth’. During this time, Alba also starred in two sequels ‘Sin City: A Dame to Kill For’ and ‘Machete Kills’ reprising her roles in both the films.
During the years 2015-16, she starred in four films, all of which were in different genres. She did the teen independent action comedy film ‘Barely Lethal’ followed by the comedy ‘Entourage’. In 2016 came in the supernatural horror ‘The Veil’ in which she played the lead role of Maggie Price. Her latest outing on the big screen was in the 2016 film ‘Mechanic: Resurrection’.
Apart from her acting career, Alba is also a businesswoman. Together with Chris Gavigan, she launched ‘The Honest Company’ in 2012. It provides consumers a collection of toxin-free household goods, diapers, and body care products. In 2013, she came up with a book ‘The Honest Life’. 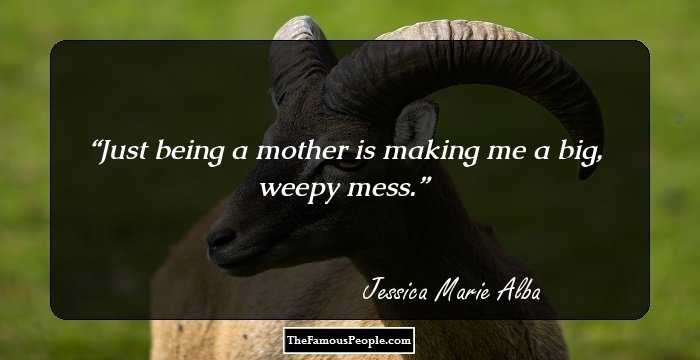 Quotes: Me
Major Works
Jessica Alba’s most prominent work came in when she starred as Max Guevara, a genetically engineered super soldier in the Fox sci-fi television series ‘Dark Angel’. Not only was the series a super hit but it also gained Alba lot of limelight and attention for her brilliant portrayal and character depiction. The show ran for two seasons and earned her numerous awards and recognition.
Awards & Achievements
Her lead character in the super hit television series ‘Dark Angel’ won Jessica Alba several awards including the Saturn Best Actress Award and Teen Choice Actress Award. She even earned a nomination at the Golden Globe for Best Actress. In 2001, Alba won the ALMA Breakthrough Actress of the Year Award for this role.
In 2005, she won the Young Hollywood Superstar of Tomorrow Award for her overwhelming talent and artistic capabilities.
She received an MTV Movie Award for Sexiest Performance in ‘Sin City’ in 2006.
In 2008, Alba won the Nickelodeon Kids' Choice Awards for Favorite Female Movie Star for ‘Fantastic 4: Rise of the Silver Surfer’. The same year, she received another Teen Choice Award for Choice Movie Actress for the horror film ‘The Eye’. 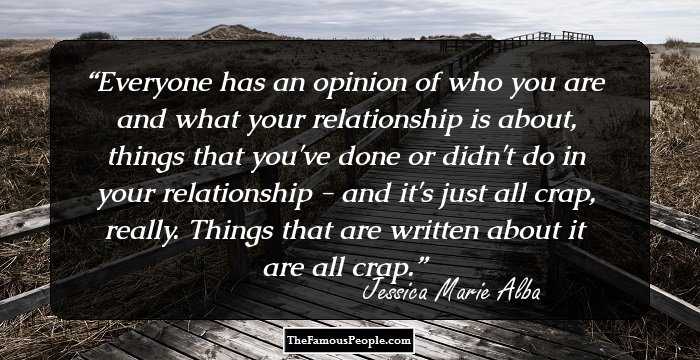 Quotes: Relationship
Personal Life & Legacy
In 2000, Jessica Alba entered into a committed relationship with Michael Weatherly, her co-star from ‘Dark Angel’. The relationship lasted for three years before the two broke up.
In 2004, Alba first met Cash Warren. The two got married eventually in May 2008. Together they have two daughters, Honor Marie Warren and Haven Garner Warren.
Humanitarian Works
Jessica Alba has been an active supporter of various charitable organizations including Clothes Off Our Back, Habitat for Humanity, National Center for Missing and Exploited children, Project HOME, RADD, Revlon Run/Walk for Women, SOS Children Villages, Soles4Souls and Step up. She is also a strong supporter of gay rights and serves as an ambassador of the 1Goal movement, providing free education to children in Africa.

Quotes By Jessica Alba | Quote Of The Day | Top 100 Quotes

See the events in life of Jessica Alba in Chronological Order