Jerry Yan is a well-known Taiwanese actor, model, and singer who came from a humble background and rose to become a sensation in Taiwan and China. He first gained recognition when he won the Men’s UNO modelling Competition that became a stepping stone for his career as a model. He is best known for his role as Dao Ming Si in the prime time Taiwanese television drama serial ‘Meteor Garden’. He is also a member of the boy band ‘F4’ that gained popularity and released three albums. Jerry has released three of his own solo studio albums under the label of Sony Music Taiwan in Mandarin language. He has played the lead role in a number of films including ‘Magic Kitchen’ and ‘Ripples of Desire’ that were hits at the box office. He has endorsed a number of leading brands and appeared in the popular television serials ‘The Hospital’, ‘Loving Never Forgetting’ and ‘My Best Ex-Boyfriend’. Among many awards that he has won, he was judged the Best Asian Star at the Asia Model Festival and won the Asia Annual Popularity Award at CTV’s Asia Top 10 Most Popular Stars Awards Ceremony. Ruby Lin
DID WE MISS SOMEONE?
CLICK HERE AND TELL US
WE'LL MAKE SURE
THEY'RE HERE A.S.A.P
Quick Facts

Taiwanese People
Singers
Male Models
Male Singers
Capricorn Actors
Childhood & Early Life
Jerry Yan was born Liao Yang Zhen on January 1, 1977 in Taiwan. He came from a middle class family of Mongolian ethnicity. He and his sister were brought up in Taoyuan, Taiwan, by a single mother, as his father died when he was 12 years old. When he was young he took up menial jobs to make ends meet of his family. However, he always dreamt of becoming a star and overcoming his family’s poverty.
As a young lad he decided to become an actor and model and took part in a number of talent competitions to try his luck. His talent finally got recognised in 1998 when he won the TVBS Modelling competition and the Men’s UNO Modelling Competition that launched his career into show business.
Continue Reading Below
Career
He started his career as a model by filming for advertisements of various brands in 2000. He also appeared in a few music videos and debuted with a minor role in the television serial ‘Love Scar’.
He first rose to fame with his role as Dao Ming Si in the prime time Taiwanese television drama serial ‘Meteor Garden’. The show was a great success as a result of which it was closely followed by its sequel ‘Meteor Garden II’ that was equally popular.
The cast of ‘Meteor Garden’ consisted of Jerry and his close friends Vic Chou, Vanness Wu and Ken Chu who continued their association on stage by forming the boy band called ‘F4’. The band released their first studio album in 2003 which became a hit in Asia. The band ‘F4’ steadily gained popularity and became a youth sensation.
Jerry released his first solo studio album ‘Jerry for You’ in 2004 that took the music world by storm. The album won multiple awards and was one of the Top 10 Selling Mandarin Albums of the year 2004. He made his film debut the same year by acting in the comedy movie ‘Magic Kitchen’ with movie stars Andy Lau and Sammi Cheng. By then Jerry was a youth icon in Taiwan and China.
Jerry gained popularity in the rest of Asia when he starred in the Taiwanese medical serial titled ‘The Hospital’ that was imported by the Japanese television company NHK in 2006. He played the lead role as Su Yihua, who is a professor and a surgeon in the hospital.
He displayed his versatility in acting when he appeared in the sports comedy ‘Hot Shot’ followed by a lead role in the serial ‘Starlit’ that was broadcast in 15 countries, winning the Best Overseas Drama’ award at the Sky Perfect TV Awards, 2009.
Around the same time he released his second solo studio album titled ‘Freedom’ that was ranked as the 9th bestselling album in Taiwan in 2009 and reached the number two spot on Japan’s Oricon Chart. He toured Japan and held a solo concert that had to be extended by two shows on popular request. He became the only Chinese singer to win the Best International Artist at the Best Jeanist Awards and was ranked as one of Asia’s most popular singers.
His third studio album ‘My Secret Lover’ was preceded by his appearance in the serial ‘Down with Love’. He became the highest ranking Chinese singer and was placed 6th on the Channel V Fresh Asia Charts.
His success in singing added to his overall ratings and popularity with his fans. They loved his performance in the serials ‘My Splendid Life’ and ‘Loving - Never Forgetting’ that were aired on prime time slots on Zhejiang television network.
Continue Reading Below
He starred in the Japanese film ‘Lupin III: Necklace of Cleopatra’ and the popular movie ‘Our Times’ that made him a celebrity in his own right. He also appeared in the popular Chinese television serial ‘My Best Ex-Boyfriend’.
Major Works
Jerry Yan has released three solo studio albums titled ‘Jerry for You’ (2004), ‘Freedom’ (2009) and ‘My Secret Lover’ (2010) under the label of Sony Music Taiwan in Mandarin language.
He has also been part of the music albums titled ‘Meteor Rain’ (2001), ‘Fantasy 4ever’ (2002) and ‘Waiting for You’ by the group F4.
He has played the lead roles in the movies ‘Magic Kitchen’ (2004), ‘Ripples of Desire’ (2012), ‘Lupin III: Necklace of Cleopatra’ (2014) and ‘Our Times’ (2015).
His major television serials include ‘Meteor Garden’ (2001), ‘The Hospital’ (2006), ‘Down With Love’ (2010), ‘Loving Never Forgetting’ (2014), ‘My Best Ex-Boyfriend’ (2015) and ‘Because Love’ (2016).
Awards & Achievements
In 2004, he was awarded the Best Asian Pop Artist award at the Mnet Asian Music Awards.
For his solo album ‘Jerry For You’ he won the Best Album and Best Newcomer awards at the China Top Music Awards and was listed in the Top 10 Selling Mandarin Albums of the Year at the IFPI Kong Album Sales Awards In 2005.
In 2009, he won the Best International Artist at the Best Jeanist Awards ceremony and Asia’s Most Popular Singer with the Top 10 Songs award at the South East Music Chart Awards.
In 2011, he was judged the Best Asian Star at the Asia Model Festival and won the Asia Annual Popularity Award at CTV’s Asia Top 10 Most Popular Stars Award Ceremony.
He was awarded the Best Actor award for his role in ‘Loving Never Forgetting’ at the Philippines Asian Drama Awards in 2015.
Personal Life
He dated top Taiwanese model Lin Chi-ling for awhile but later broke up. There were rumours that they are together again, but his official status remains single on social media. There are also rumours that he is dating model and actress, Seanna Chang and a few other co-stars.
Trivia
He also goes by the nicknames Bao Long and Xiao Bai Tu.
He is the only member of the boy band ‘F4’ who is yet to get married.
His boy band ‘F4’ became the official brand ambassadors of companies like Pepsi, Yamaha, Lupiao and S&K.

See the events in life of Jerry Yan in Chronological Order 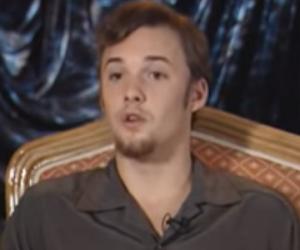 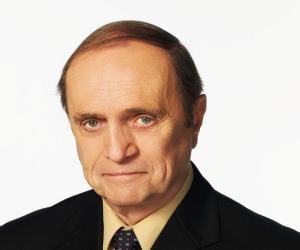