Jerry Jones is the man who single-handedly enabled ‘Dallas Cowboys’ to reclaim their former glory. Jerry’s association with football commenced when he started playing as a ‘running back’ for his college team. Along with some illustrious people as teammates and coaches, Jones won the ‘National Championship’ with his team. Following a master’s degree and a few failed business ventures, Jones struck gold with the ‘Jones Oil and Land Lease’, an energy exploration firm. He expanded the company extensively and made huge profits over time, and later went on to purchase the NFL team ‘Dallas Cowboys’. He didn’t shy away from taking bold decisions and immediately imposed his dynamic personality on the team, bringing about sweeping changes in the team’s management and administration. Not only did he lead the team to an incredibly successful run, but also improved its finances substantially. With a penchant for speaking his mind, he has often been involved in controversies. However, his team’s on-field successes did not endure in spite of Jones changing coaches regularly, but the financial resources of the team only got better with time. Jones might not be the most popular person in NFL, but he certainly is one of the most effective ones.
Continue Reading Below American People
Business People
American Football Players
American Men
Libra Entrepreneurs
Childhood & Early Life
Jerry Jones was born to Arminta and J.W. Jones in Los Angeles, California, and spent his childhood in North Little Rock, Arkansas. His father owned an insurance company. Jerry was schooled at ‘North Little Rock High School’, where he played football in the ‘running back’ position.
He accepted a football scholarship from the ‘University of Arkansas’ and was the co-captain and starting guard in the Arkansas football team. His teammates included Glen Ray Hines and Jimmy Johnson and the team won the ‘National Championship’ in 1964 under the Hall of Fame coach Frank Broyles. 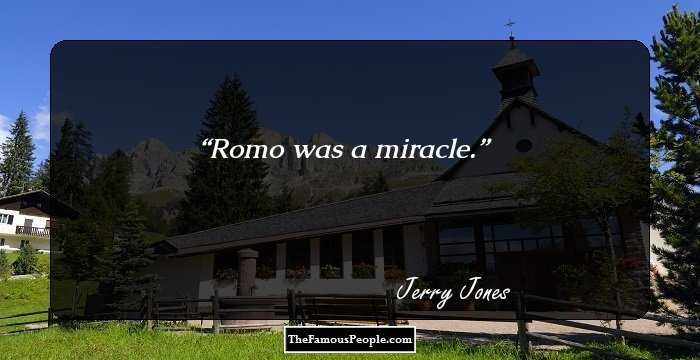 The Sexiest Men Of 2020, Ranked
Career
After his graduation in 1965, Jones worked as an ‘Executive Vice President’ at ‘Modern Security Life of Springfield’, an insurance company in Missouri owned by his father.
In 1967, he got a chance to purchase the AFL team ‘San Diego Chargers’ but chose not to so that he could complete his master’s degree at Arkansas.
In 1970, he earned a master’s degree in business and tried many business ventures, but success eluded him until he started an oil and gas exploration company in Oklahoma, which was hugely successful. Over the next two decades, his business expanded rapidly and he established offices all over western USA and even in Canada.
In 1989, Jones purchased the NFL team ‘Dallas Cowboys’ and their stadium in Texas for $140 million from the previous owner H.R. Bright. Prior to the purchase, the team was performing badly, with a 3-13 record until then.
Immediately after the acquisition, he sacked the existing coach Tom Landry, much to the chagrin of the fans and replaced him with his friend and teammate from the college team, Jimmy Johnson. Even general manager Tex Schramm lasted for only a few months and was replaced by Jones himself.
In the next few years, with Jones personally involved in the team’s every aspect, the team improved by leaps and bounds. In 1992, Jones was selected to the ‘NFL Competition Committee’, a position rarely offered to team owners.
In 1992, the ‘Dallas Cowboys’ had an outstanding season as they not only set records for most wins in a season, but also won the ‘Super Bowl’ in an emphatic fashion the next year by crushing ‘Buffalo Bills’ 52-17, ending a fifteen-year wait for the fans.
In the 1993 season, the team continued its success streak as Jones led them to another ‘Super Bowl’ final, where they again prevailed over ‘Buffalo Bills’, defeating them 30-13 this time.
Apart from their on-field successes, the team also did great business under Jones. They were the ‘Most Valuable Franchise’ from 1993 to 1995 and for 160 consecutive matches the stadiums hosting the team’s matches were sold-out.
Continue Reading Below
In 1994, Jones sacked Jimmy Johnson as the coach and replaced him with another former teammate from college, Barry Switzer.
The team won the ‘Super Bowl’ again in 1996, which was followed by a relatively unsuccessful period. Jones changed coaches five times since then, but the Cowboys haven’t been able to repeat their heroics.
In 2008, he rebuked referee Ed Hochuli in public related to a particular decision and was subsequently fined $25,000 by the NFL. The next year, he disobeyed a gag order on Labor issues, for which he was again fined heavily. 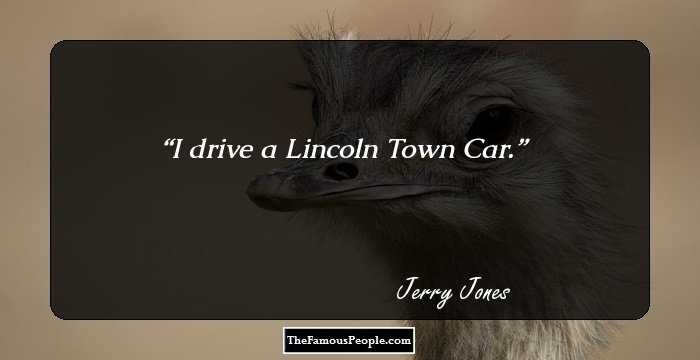 Major Works
Jerry Jones’s purchase of ‘Dallas Cowboys’ sparked a turnaround in the team’s fortunes. Jones made radical changes in the coaching staff, became personally involved in the administrative matters and substantially improved the team’s finances, which led to the team’s most successful run in its history as they won the ‘Super Bowl’ thrice in four years.
Awards & Achievements
Jones featured on the list of ten people chosen by ‘Ernst & Young’ magazine for the ‘Entrepreneur of the Year Award’ in 1994.
In 1995, the ‘Financial World’ magazine proclaimed him the owner of the most valuable sports organization in professional sports. 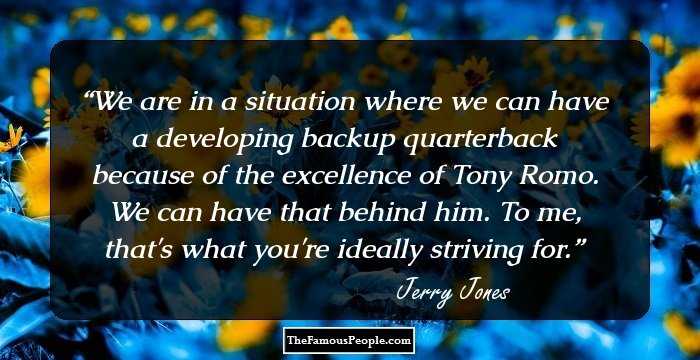 Quotes: Me
Personal Life & Legacy
While studying at the ‘University of Arkansas, Jones met Gene, who had formerly won a beauty pageant. They got married in 1963 and have three children and nine grandchildren. All their children hold high-profile positions in the ‘Dallas Cowboys’ team.
In the 1998 film ‘BASEketball’, the character of Baxter Cain, the owner of the team ‘Dallas Felons’ is based on him.
Jones has set up the ‘Gene and Jerry Jones Family Arlington Youth Foundation’ to help various charities that work for the youth in Arlington, Texas.
Trivia
This billionaire owner of NFL team ‘Dallas Cowboys’ once inadvertently revealed his plans of replacing the team’s coach to the press, but retracted his comments the next day, indicating that his comments were made under the influence of whisky. However, after a few months, he eventually did replace the coach.
You May Like

Quotes By Jerry Jones | Quote Of The Day | Top 100 Quotes

See the events in life of Jerry Jones in Chronological Order