Jerry Heller was an American businessman and rap music manager, best known for managing West Coast rap artists such as ‘N.W.A.’ and Eazy-E. Born and raised in Ohio, Jerry grew up in a Jewish middle-class family. His father worked as a scrap-metal dealer. His Jewish heritage made him go through a lot of trouble in his younger years, especially due to the anti-Semitic sentiments in his locality. Following his high-school graduation, he served in the ‘U.S. Army’ and attended the ‘University of Southern California.’ In the early 1960s, he launched his agency. The business flourished over the next decade, as he ended up representing renowned artists such as the duo ‘Ike & Tina Turner,’ ‘Humble Pie,’ and ‘The Grass Roots.’ In the 1980s, he understood the potential of the rap genre and began working with hip-hop artists such as the ‘LA Dream Team’ and the ‘World Class Wreckin’ Cru.’ In the late 1980s, he was introduced to Eazy-E, and they founded ‘Ruthless Records.’ The label stood strong for a while, even after ‘N.W.A.,’ one of their most profitable clients, disbanded. He has also been known as the man responsible for discovering/managing popular artists such as ‘The Black Eyed Peas’ and Dr. Dre. 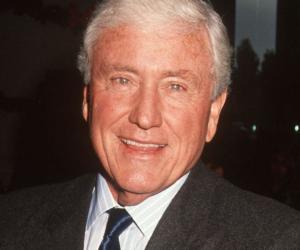 Jean Currivan T...
Business People #358
DID WE MISS SOMEONE?
CLICK HERE AND TELL US
WE'LL MAKE SURE
THEY'RE HERE A.S.A.P
Quick Facts

American Celebrities
American Entrepreneurs
Libra Men
Childhood & Early Life
Jerry Heller was born Gerald Elliot Heller, on October 6, 1940, into a middle-class Jewish family in Cleveland, Ohio, U.S. His father worked as a scrap-metal dealer and had connections with local Jewish gangsters such as Shondor Birns and Moe Dalitz. Due to this and the overall anti-Jew wave in the U.S. in the 1940s, Jerry grew up amidst strong anti-Semitic sentiments.
Without a solid professional aspiration, he joined the ‘United States Army’ after graduating high school. In the early 1960s, following a few years of service in the army, he began looking for other ways to earn a livelihood.
He then earned a degree in business administration from the ‘University of Southern California.’ While in California, he observed ample scope of success in the music industry. He thus began creating contacts in the industry and working toward setting up a successful artist-management business.
Continue Reading Below
You May Like

Who Is The Most Popular BTS Member?
Career
He began his career as a road manager and also worked as a booking agent. He quickly rose to prominence in the 1960s. Very soon, he was booking artists such as ‘Pink Floyd’ and Elton John, for their American tours. He had been successful in meeting the right people in the industry pretty early in his career, which helped him plan things better. He met Don Fischel, and this meeting led to the formation of the agency named the ‘Heller-Fischel Agency,’ based in the Beverly Hills.
Within a short period of time, the company was managing some of the biggest names in the music industry, such as ‘Black Sabbath,’ ‘The Who,’ and ‘Grand Funk Railroad.’ The company made great profits, and eventually, Fischel backed out, leading Heller to buy out his partner’s share in the company and, in the process, becoming its sole owner.
The company ran successfully for the next decade or so. By the mid-1970s, Jerry had become one of the best managers/agents of his time. Additionally, the music industry was booming. Heller enjoyed tremendous success, working with artists such as ‘REO Speedwagon,’ ‘Journey,’ ‘The Grass Roots,’ and ‘The Who.’
He mostly worked with artists who made funk or “new wave” music, which was the trend back then. Thus, he also played a role in pushing the music industry to explore new avenues.
However, by the early 1980s, his business had started going downhill. By the mid-1980s, he was on the brink of becoming bankrupt. He began living with his parents and understood that he needed to do something else. The growing rap scene in the West Coast area caught his attention. He began working with the label called ‘Macola’ in California.
He was suddenly working amidst black rappers, which was a completely different experience for him. He understood the black youth culture first and met a lot of rappers. Heller became famous in the rap circles, as he brought many budding musicians under the spotlight.
Working with ‘Macola,’ he represented rappers such as Dr. Dre, Ice Cube, and DJ Yella. Dre and Yella worked in the ‘World Class Wreckin’ Cru.’
Rapper Eazy-E heard about Heller and fixed a meeting with him. They worked out a plan of starting a record label together. Heller was hugely impressed by Eazy’s single ‘Boyz-n-the-Hood’ and offered to collaborate with him. ‘Ruthless Records’ was thus founded in 1987. It was a joint venture of Eazy and Heller.
The company became a huge success within its first few years. They released many platinum albums, such as ‘Straight Outta Compton,’ ‘Supersonic,’ and ‘No One Can Do It Better.’ In 1987, the company teamed up with ‘N.W.A.,’ which had members such as Dr. Dre, Eazy-E, and Ice Cube. It is remembered as one of the most influential groups to have ever ruled the American hip-hop music history.
Continue Reading Below
However, ‘N.W.A.’ could not survive for long, as internal conflicts caused the group to break up in 1991. Dre was instrumental behind the group falling apart, as he made “diss” tracks on Eazy and Heller. The other members of the group later claimed that the group had broken up due to the “divide and conquer game” that Heller had played.
However, despite the small hiccup, the label continued to attain success with many chartbuster albums. Between 1989 and 1995, the label registered 11 of the 40 top ‘Billboard’ hip-hop albums.
In 1995, however, things began falling apart, as Eazy-E died of AIDS. However, it was later revealed that he had fired Heller a few weeks before his demise. Eazy’s wife, Tomica, took over the label, but she could not run it successfully. It was thus sold off to ‘Epic Records.’ Almost all the artists under the label also drifted away after Eazy’s death.
In the late 1990s, Heller and Tomica got involved in a court battle on some financial issues related to the company. The issue was, however, settled outside the court.
Following this career debacle, Heller embarked on various other ventures in the music industry, but never quite found his footing. He eventually founded the label ‘Hit A Lick Records,’ which worked toward providing a platform to Latino rappers.
Heller’s autobiography, ‘Ruthless: A Memoir,’ was published in 2006. He had co-authored the book with Gil Reavill. His book described his perspective on incidents such as his scuffles with rappers Ice Cube and Dr. Dre. He also made some shocking revelations about Eazy having planned to murder Suge Knight. Heller claimed that he had talked Eazy out of it.
He once also revealed that he loved Eazy as his own son.
In 2015, the film ‘Straight Outta Compton’ was released. It was based on the early years of the rap group. Heller filed a lawsuit against the producers for showing him in a bad light. The case continued even after Heller’s demise.
Family, Personal Life & Death
Jerry Heller married Gayle Steiner in 1996. The couple lived in California. They divorced in 2014.
Jerry passed away due to a heart attack on September 2, 2016. It was said that he had been extremely upset over the whole ‘Straight Outta Compton’ fiasco and had developed a heart disease due to stress.
He is known as one of the richest rap executives in the history of American hip-hop.
You May Like

See the events in life of Jerry Heller in Chronological Order 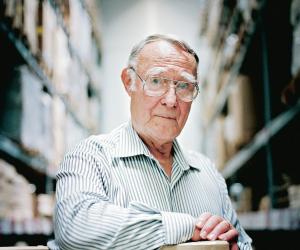 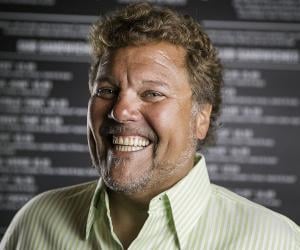 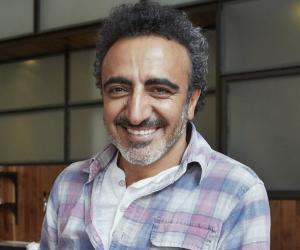