One of the world’s highest paid actresses since 2016, Jennifer Shrader Lawrence is an American actress. She has been nominated four times for the Academy Award, taking the Oscar home in the category of Actress in a Leading Role for the movie Silver Linings Playbook at the age of 22, becoming the second youngest actress to achieve this feat. Since her school days she has performed at plays and musicals. Her performances evolved with time and she was eventually spotted by the television industry in her teens. In a couple of years she advanced from television to the big screen with memorable roles such as Mystique’in X-Men and Katniss Everdeen in the Hunger Games. Jennifer Lawrence is one of Hollywood’s most versatile and talented actresses. She is not known to hold back; she is vocal and states her opinion outright. Lawrence is a firm feminist and philanthropist, propagating gender equality, and financially assisting various foundations for the marginalized. American People
American Women
Kentucky Actresses
Leo Actresses
American Actresses
Childhood & Early life
She was born in Indian Hills, Kentucky on 15th August 1990. Her father, Gary was a construction worker and her mother, Karen was the manager at a summer camp.

She grew up with her two brothers, Ben and Blaine. She hardly ever played with girls and was a tomboy. Not able to fit in with the rest of her classmates, she developed anxiety.

There was only one place where she felt she shone the best - on stage. She loved acting and would participate in numerous plays in church and school.
While holidaying in New York, she was spotted by a photographer who made arrangements with ad and television agencies for her. She was only fourteen, hence her mother was skeptical and objected a career in acting.
Finally with perseverance, she requested her mother to sign her on with the CESD Talent Agency. Her parents agreed but the condition placed before her was that she must first graduate from high school. She ended up graduating two years before the completion of high school to pursue her career. 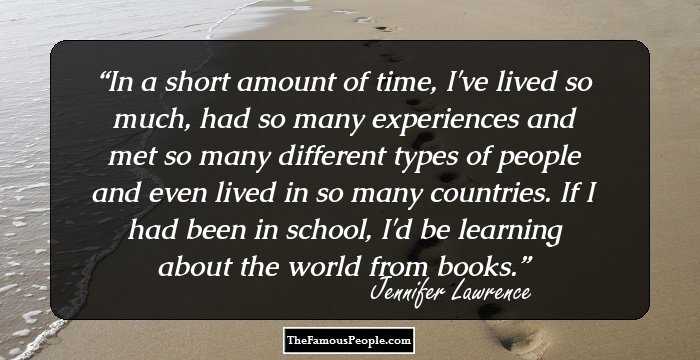 Continue Reading Below
A Teenage Artist

She got her breakthrough in 2006, when she appeared in the television show Company Town. Following her television debut she starred in many sitcoms in minor guest roles.

Her character Lauren in The Bill Engvall Show landed her a television series that ran for three seasons. She was critically acclaimed by prestigious magazines and received her first award for her performance in the show.

In 2008, Garden Party marked her debut in films. The same year Guillermo Arriaga signed her own for The Burning Pain. Her portrayal of the eldest daughter of a drug addict mother in The Poker House sealed her fate in the industry. 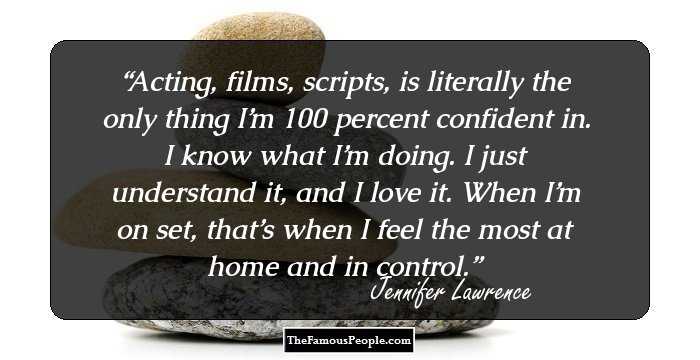 In 2010, she acted in Winter’s Bone, her performance as a helpless yet dauntless seventeen year old girl took her talent to the Oscars, where she was nominated as Best Actress, though she didn’t win the award, her nomination was enough to get her career in the spotlight.

After acting in Like Crazy and The Beaver, she was offered X-Men: First Class in 2011 by Matthew Vaughn. She perfectly portrayed the limitations and prowess that the character required.

Following the X-Men feat,she was offered a film series that placed her amongst the elite of the industry. The Hunger Games in which she plays Everdeen, a film set in a post-apocalyptic future, was quite challenging.

The role was demanding physically for which she trained in yoga, archery, tree climbing and combat. Initially she was hesitant but with the support of her mother she pushed her limits.
Winning Oscar

After receiving accolades for her fabulous projection of an action star in X-Men and Hunger Games, she took on a more sober role with a character named Tiffany Maxwell in the romantic drama Silver Linings Playbook.

David O. Russell signed her after she auditioned for him over ‘Skype’. He shared his inhibitions about her being too young for such a complex role, but she convinced him that she could do the part.

Sticking by her word, she delivered an outstanding performance in the movie and won an Oscar for the Best Performance as an Actress in a Leading Role.

She portrayed Katniss Everdeen in The Hunger Game film series,  which made her the top-grossing action heroine of all times.

In 2013, her performance in American Hustle as the neurotic wife, ‘Rosalyn Rosenfeld’, once again won her many awards in the category of a supporting actress, including a nomination at the Oscars. 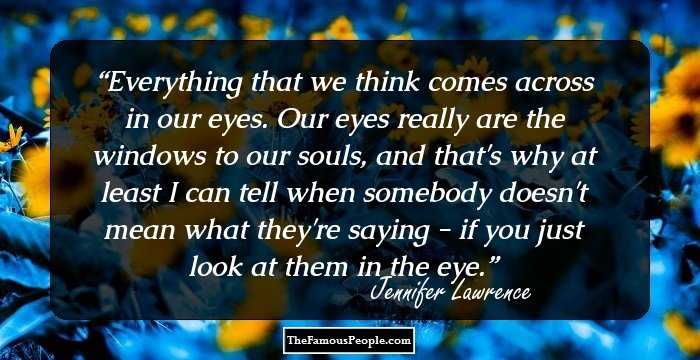 The year 2014 saw two releases of Jennifer Lawrence, Serena and X-men: Days of the Past. Both did fairly well, giving her credit for her remarkable acting in the films. Followed by her performance in Mockingjay – Part 1 & 2, the last series to the Hunger Games.

With her performance in Joy in 2015, Lawrence stood tall as an actress. An Oscar nomination for the same, titled her as the youngest artist to ever receive four nominations for the Academy Awards.

The next year she narrated A Beautiful Planet, played Mystique in X-Men: Apocalypse and acted as Aurora Lane in the Sci-Fi Passengers, the third movie’s storyline didn’t do well at the box office, but her performance was well-received.

She gave a stirring performance in the film Mother directed by Darren Aronofsky. She took a small break from acting after a series of negatively reviewed films, including Red Sparrow and Passenger. She made a comeback with Don't Look Up, a satirical black comedy.

Her roles in Silver Linings Playbook, Hunger Games and Joy have left a lasting impression on the world of cinema.

Lawrence has extended support to several charitable programs such as Feeding America, Thirst Project and Do Something. In 2015, she raised funds for Special Olympics World Summer Games by screening Serena.

Lawrence won the most distinguished award as an actress by earning herself an Oscar for her role in Silver Linings Playbook, critics all over the globe acclaimed her acting skills naming her the best performer of the current generation.

She received the Golden Globe Award in two categories. In 2012 and 2015 she won Best Actress for Silver Linings Playbook and Joy respectively. She earned a BAFTA Award for her role in black comedy American Hustle.

She has earned six People’s Choice Awards for X-Men and the Hunger Games, a Satellite Award and Saturn Award.

In 2010, she began dating Nicholas Hoult. However, rumors of them tying the knot were crushed when they broke up in 2014. In 2014, she briefly dated Chris Martin, frontman of Coldplay. She was in a relationship with director Darren Aronofsky from 2016 to 2017. In 2019, she married Cooke Maroney. In February 2022, the couple welcomed their first child together.

Jennifer Lawrence got into an embarrassing situation when a couple of her nude photographs were leaked online in 2014. She called the leakage a “sex crime,” as the pictures were personal and not meant for public circulation. However, she quickly recovered from the incident.

Jennifer founded Jennifer Lawrence Foundation in 2015. She donated a sum of 2 million dollars for the installment of a cardiac intensive care unit at Kosair Children’s Hospital.

Trivia
She survived two fatal accidents as a child, when she was only 18 months she was knocked over by a car. A few years later she fractured her tailbone after falling off a running horse.

Quotes By Jennifer Lawrence | Quote Of The Day | Top 100 Quotes

See the events in life of Jennifer Lawrence in Chronological Order