Jenna Jameson is an American entrepreneur, model, and former adult movie star. She has performed in almost two hundred adult movies and has appeared in more than a thousand magazine articles and four hundred magazine covers. Born and raised in Nevada, US, Jameson has a difficult childhood. She left home at 16 and worked as a strip dancer. She also worked as a model. By the age of 20, she had started performing in adult films. She moved to Los Angeles and continued working in the adult entertainment industry. Her first major adult film won awards, and she soon became a sought-after and successful adult star. Jameson, along with Jay Grdina, founded ‘ClubJenna,’ an adult website that earned popularity and quick revenues. She also appeared in a few mainstream films and on some TV shows. Her autobiography remained on ‘The New York Times Best Seller List’ for six weeks. She retired from adult film industry in 2008 and currently works as a webcam model. American People
American Women
Aries Models
Female Models
American Models
Childhood & Early Life
Jenna Jameson was born Jennifer Marie Massoli, on April 9, 1974, in Las Vegas, Nevada. Her father, Laurence Henry Massoli, was police officer at the ‘Las Vegas Sheriff's Department.’ Her mother, Judith Brooke Hunt, was a club dancer. Judith died of skin cancer in February 1976, when Jameson was barely 2 years old. The cancer treatment rendered them bankrupt, and they had to live in trailer houses. Jenna’s paternal grandmother helped raise Jenna and her elder brother, Tony.
As a child, she learnt ballet and participated in beauty pageants. She attended ‘Bonanza High School.’ She later revealed in her autobiography that she was raped twice in her teens, once by a gang of four boys in Montana and again by her boyfriend’s uncle. She left her home to live with her boyfriend, Jack, who was a tattoo artist.
Continue Reading Below
You May Like

See the events in life of Jenna Jameson in Chronological Order 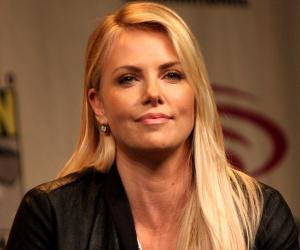