Jayden Haueter is an American social media personality. He is best known for posting lip-sync videos on TikTok where he has thousands of fans. His TikTok videos have managed to accumulate millions of hearts (likes), making him one of the youngest Tik Tokers to have achieved such a feat in the United States of America. Haueter is also popular on Instagram where he posts interesting pictures, depicting his achievements and personal life. Apart from being a star on social media, Jayden Haueter is also an athlete. He is part of Minnesota’s famous sports school ‘True Lacrosse Minnesota.’ While he has competed in tournaments like ‘World Series of Youth Lacrosse’ as part of his Lacrosse team, he has also won championships as part of his wrestling team. American People
Male Tiktok Stars
Male Social Media Stars
American Musical.ly Stars
American Social Media Stars
Early Life & Career
Jayden Haueter was born on January 20, 2006, in Edina, Minnesota, USA. He was raised in Minnesota along with his siblings – Ian, Conner, Max, and Kylee. Jayden Haueter was introduced to social media at a young age by his mother Kara Haueter. Kara, who has thousands of followers on TikTok, encouraged her children to create their own TikTok accounts. Jayden Haueter followed in his mother’s footsteps and started posting lip-sync videos on the popular video-sharing app. Subsequently, his videos started gathering thousands of views, making him a popular Tik Toker. Haueter’s success on TikTok encouraged him to create an Instagram account. His Instagram page, where he posts interesting pictures and video clips, currently has thousands of followers. Haueter is also part of his family YouTube channel ‘Haueter Family.’ Created by his mother Kara Haueter on August 6, 2014, the channel houses different kinds of videos, such as challenges, reaction videos, and Q&As among other interesting videos. Some of the most viewed videos on their channel include ‘Jayden Makes Brownies,’ ‘Haueterfam Q&A Sesh,’ ‘The Struggle Is Real,’ ‘Fortnite Dance Challenge,’ and ‘My Daughter Hit Me in the Face With An Ice Cream Cone.’ The family YouTube channel currently has thousands of views and subscribers. Jayden Haueter aspires to become a model in the future. He is currently managed by a Minnesota-based modeling agency called ‘Caryn Model & Talent Agency.’
Recommended Lists:

Aquarius Men
Continue Reading Below
Sports Career
Jayden Haueter is part of the prestigious sports school ‘True Lacrosse Minnesota.’ As part of the school’s Lacrosse team, Haueter has won many games and competitions. His achievements as a Lacrosse player are often depicted on his social media pages. Apart from being a Lacrosse player, Haueter is also a wrestler. He was part of his school’s freshman team which won the district championship. He has also won many other wrestling competitions and aspires to represent the national team in the future.
Family & Personal Life
Jayden Haueter is close to his mother Kara and often features her on his social media pages. All his siblings have a prominent presence on social media as they often appear on their family YouTube channel. His older brother Ian Haueter is popular on TikTok where he has thousands of fans. Even though they like maintaining a low profile, Jayden’s brothers Conner and Max often appear on their family YouTube channel. His sister Kylee is known for her singing skills. Jayden Haueter currently lives in Minnesota, USA along with his family members. He loves traveling with his friends and often hangs around with them in and around Minnesota. He also loves promoting Ian Haueter’s collection of clothes. Ian is currently in collaboration with ‘TC Social Club’ which sells Ian’s T-shirts and hoodies. 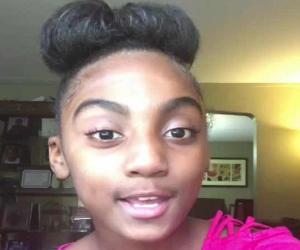