Advanced Search
Park Jae-beom, known professionally as Jay Park, is a Korean-American rapper. The multi-faceted personality is also a dancer, record producer, model, choreographer, entrepreneur, and actor. He is a member of the breakdancing crew ‘Art of Movement’ which has performed in South Korea and several other nations across the globe. He first became famous as the leader of the band ‘2PM,’ a group which released several albums in Korean and Japanese. He later embarked on a solo career. His most popular works include the mini-album ‘Take a Deeper Look’ and the song ‘Demon’. He has been influenced by singers such as Michael Jackson, Usher, and Chris Brown. As a well-known celebrity, he endorses several products such as the new brand ‘dENIZEN’ of the American clothing company ‘Levi Straus & Co’. He has also endorsed the casual clothing band ‘Googims’. He is a much decorated artiste and has won several awards such as the ‘Golden Disk Award’ and the ‘Korean Music Award’. He has also appeared in several TV programs such as ‘Immortal Songs’ and ‘Saturday Night Live Korea’. American People
South Korean People
South Korean Men
Male Singers
Male Rappers
Taurus Singers
Childhood & Early Life
Park-Jae-Beom was born in Edmonds, Washington, in the US on 25th April 1987. From an early age, he showed a keen interest in hip hop music as well as breakdancing.
He studied at Edmonds Woodway High School where he spent most his time practicing dance with his friends. He also listened to hip hop and rap music, and started writing raps himself.
He became one of the early members of the breakdancing crew ‘Art of Movement’ in 2003. Seeing his interest and skills in breakdancing, his mother suggested he audition for ‘JYP Entertainment’ which is based in Korea. This brought him to Korea, where he was trained in dancing, rapping, singing, and also the Korean language. He also studied at the Dankook University and completed his education in a few years.
Continue Reading Below
Career
Jay Park first started appearing in a documentary-style reality program named ‘Hot Blood Men’ which featured several young aspiring musicians. The members were split into two groups 2AM and 2PM. Park managed to get the most fan votes and emerged as the leader of 2PM. They debuted with their song ’10 Out of 10’ in September 2008. Their mini-album ‘Hottest Time of the Day’ was also released around this time.
In November 2009, 2PM released their first professional album ‘01:59 PM’. It included songs, such as ‘Heartbeat’, ‘Tired of Waiting’, ‘I was Crazy About You’ and ‘Gimme the Light’. It reached multiple charts such as the South Korea Gaon Weekly albums charts and the Japan Oricon Weekly albums chart.
Park left the band due to a controversy and went back to the US in 2010. He decided to start his solo career and soon created his YouTube channel ‘jayparkaom’. His first upload was his own version of ‘Nothin’ on You’. It went viral and reached over 200k views in less than 24 hours. On multiple occasions, he was also involved with the ‘Art of Movement’.
In 2011, he released his mini-album ‘Take a Deeper Look’. With songs, such as ‘Touch the Sky’, ‘Abandoned’ and ‘Tonight’, the album was a huge success commercially and peaked at number 3 on the United States Billboard World Albums chart. The same year, he also released the single ‘Girlfriend’ which peaked at number 28 on the Gaon chart in South Korea. It was the first single from his upcoming full album ‘New Breed’.
He made his acting debut with a role in the film ‘Mr. Idol’. He played the role of one of the four young men who come together to form an idol band. Directed by Ra Hee-chan, the film was released on 3rd November 2011.
In February 2012, he released his first full album ‘New Breed’. The album was a huge success. It reached the first position on the Gaon Weekly albums chart two times. It also charted in multiple countries like France and Canada. His first solo concert ‘New Breed Live in Seoul’ was held in March at the Olympic Hall of Seoul Olympic Park, and his second one ‘New Breed Asia Tour in Seoul’ was held in August the same year at the same place.
He began a web series in 2012 which showed his daily life with his friends and also featured behind-the-scene shots of his concerts.
In the ensuing years he released several albums including ‘Evolution’ (2014), ‘Worldwide’ (2015) and ‘Everything You Wanted’ (2016). He also appeared and participated in multiple TV shows, such as ‘Saturday Night Live Korea’, ‘Show Me the Money 4,’ ‘King of Mask Singer’ and ‘Asia’s Got Talent’.
Major Works
The album ‘New Breed’ can be considered one of the most significant and successful works of Jay Park’s career. With singles, such as ‘Girlfriend’, ‘Know Your Name’ ‘Up and You’ and ‘Turn Off Your Phone’, the album did quite well commercially. It topped multiple charts in South Korea as well as in the US.
He acted in a main role in the South Korean film ‘Mr. Idol’ which was directed by Ra Hee-chan. Other actors who starred in the film include Park Ye-jin, Ji Hyun-woo and Kim Su-ro and Im Won-hee. The story was about four young men who unite to form an idol band. Though the team works very hard to make their dreams come true, a powerful figure in the music industry tries to stop them from becoming superstars.
Personal Life
Jay Park hasn’t revealed much about his personal life to the media. Currently, he is believed to be single.
Aside from music, Park is also known for endorsing multiple brands such as the new brand ‘dENIZEN’ of the American clothing company ‘Levi Strauss & Co’.

See the events in life of Jay Park in Chronological Order 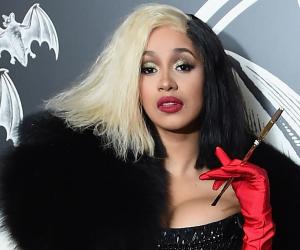