Javier Hernández is a Mexican footballer who plays as a striker for the ‘Premier League’ team ‘West Ham United.’ Javier was born and raised in Jalisco, Mexico, and has been playing football at the junior club level since he was 7 years old. After signing his first professional contract with a local club at the age of 15, he was selected for the national under-17 team. In July 2010, he was acquired by the ‘Premier League’ club ‘Manchester United’ and became the first-ever Mexican player to be selected for one of the leading ‘Premier League’ teams. During his time with ‘Manchester United,’ he had an impeccable minutes-to-goal ratio, which was one of the best in the history of the ‘Premier League.’ However, arguments with the head coach and his deteriorating performances caused him to move out of the team. He then joined A-grade European league teams ‘Real Madrid’ and ‘Bayer Leverkusen.’ Since 2017, he has been a striker for the English club ‘West Ham United.’ He also happens to be the Mexican national team’s leading goal-scorer in international games.
Continue Reading Below Mexican People
Male Sportspersons
Mexican Sportspersons
Gemini Football Players
Mexican Football Players
Childhood & Early Life
Javier Hernández was born on June 1, 1988, in Guadalajara, Jalisco, Mexico, to Silvia Balcázar and Javier Gutiérrez. He was born into a family of sportspersons. Both his father and grandfather were previously national-level players. His father had played in the 1986 ‘FIFA World Cup,’ while his grandfather had been part of the Mexican national team that participated in the 1954 ‘FIFA World Cup.’
Since he belonged to a football-addicted family, it was expected that Javier would fall in love with the sport at a young age. His father worked as a football coach at a few local clubs, and this intensified Javier’s love for the sport.
By the time he was 5 years old, his began training. He played the first professional match of his life when he was 7 years old. He played in the ‘Mexican Recreation League.’
Javier mostly grew up in Morelia, where his father was part of a local club named ‘Monarcas Morelia.’ Javier completed his elementary education from ‘Instituto Piaget,’ where he first started playing football for his school team.
By the time he was 9 years old, he was making waves in local tournaments. He joined the junior team of the club ‘CD Guadalajara,’ and at the age of 15, he signed his first professional contract with the team.
Meanwhile, he attended business administration classes at ‘Universidad del Valle de Atemajac.’ He was also selected to be on the Mexican national team in the 2005 ‘U-17 FIFA World Cup,’ but an unfortunate injury prevented him from playing. However, that did not stop him from honing his skills. By the end of his university years, he was already a popular player.
Continue Reading Below
You May Like

The Sexiest Men Of 2020, Ranked
Career
In 2005, he began playing for a small-time Mexican club named ‘Chivas’ as part of their lower-division team. However, his performances in the early games were not too good. At one point in time, he remained goalless in many matches.
He made a solid comeback in 2009, when he played in the ‘Apertura’ tournament and ended up being the third-highest scorer by the end of the tournament. He continued this energetic performance in 2010. He became the joint top-scorer in the 2010 ‘Torneo Bicentenario’ tournament. He scored 10 goals in the 11 games that he played there. He had not played in the first five games.
In late 2009, the management team from ‘Manchester United’ embarked on a tour of Mexico to scout some good players. They were made aware about Javier and were largely impressed with his skills. However, he was too young at that time and that compelled Manchester to wait before making a bid, as they could not approach an underage player. He was offered a contract by ‘Manchester United’ soon after his senior ‘World Cup’ debut.
In the 2010–2011 season, Javier made his debut for ‘Manchester United.’ After making his debut for the English club, he scored his first league goal within the first 18 minutes. In August 2010, he made his competitive debut and ended up scoring a goal to ensure a victory over ‘Chelsea.’ He continued to perform beyond expectations and soon became a contender for the ‘Professional Footballers' Association (PFA) Young Player of the Year.’
He led his team to the finals of the ‘Champions League,’ but his team fell short of winning the trophy. Nevertheless, he made a record of scoring 20 goals in his first season. In July 2011, he was named ‘World Goalgetter 2011.’
On 26 July, 2011, he faced a minor setback when he suffered a concussion during a training match in New York. Although he was cleared the next day, he was told to be careful. In October 2011, he signed another contract with ‘Manchester United’ that had him playing for the club for the next five years. He scored consistently. In his 36 matches for his team, he scored 12 goals.
His performance in the third season surpassed the earlier two seasons, as far as scoring goals was concerned. In his 36 appearances that season, Javier scored 18 goals. He was turning out to be a revelation for ‘Manchester United’ and was already being hailed as a star player.
However, his performance saw a major setback in the fourth season. In the 35 games he played for ‘Manchester,’ he only scored 9 goals. Following his poor performance, he was loaned to ‘Real Madrid,’ with an option to give him away permanently. After the end of the loan period, he returned to ‘Manchester,’ as ‘Madrid’ refused to offer him a contract.
In August 2015, after his contract with ‘Manchester’ ended, he signed with ‘Bayer Leverkusen,’ a ‘Bundesliga’ team. In the ‘Champions League’ group-stage match, he scored 5 goals in six matches. Despite that, he could not make his team move ahead in the knockout stage. His first season in ‘Bundesliga’ ended on a happy note, as he was named the ‘Bundesliga Player of the Month’ thrice.
In the 2016–2017 season, his performance became average yet again. He only scored 13 goals in his 36 appearances that season. Following this below-average performance, ‘Bayer’ had to let him go. Following this, he signed a deal with the ‘Premier League’ team ‘West Ham United.’
His performance was not too special in the 2017 season with ‘West Ham,’ as he only scored 8 goals in his 33 appearances.
He made his ‘World Cup’ debut as part of the national team in the 2010 ‘FIFA World Cup.’ He has played in all subsequent ‘FIFA World Cup’ tournaments since then. He is currently known as the highest international-goal-scoring Mexican player of all time.
Personal Life
Javier Hernández is a religious man. He belongs to a conservative Catholic family. He falls on his knees and prays before every game.
He has been dating famous ‘Instagram’ celebrity Sarah Kohan for a while. The couple is frank about their relationship. They often upload their vacation photos online.

See the events in life of Javier Hernández in Chronological Order 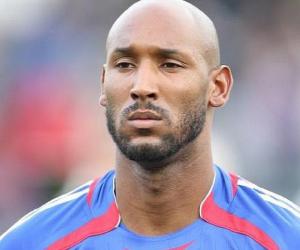