Jason Ralph is an American film and theater actor who rose to prominence with the ‘Broadway’ show ‘Peter and the Starcatcher.’ Jason played the role of ‘Boy/Peter Pan’ in the play. Although the play was a major ‘Broadway’ hit, Jason is better known to his fans for his portrayal of ‘Quentin Coldwater’ in the ‘Syfy’ TV series ‘The Magicians’ (2015 to present). Since 2010, the 32-year-old actor from McKinney, Texas, has starred in a number of popular TV shows, such as ‘Gossip Girl,’ ‘Grace and Frankie,’ ‘Younger,’ and ‘Manhattan.’ Between 2013 and 2015, he also worked in a number of movies. One of them, ‘A Most Violent Year’ (2014), was critically acclaimed. Jason is married to Rachel Brosnahan of ‘The Marvelous Mrs. Maisel’ fame since 2016. Presently, he is also the artistic director of his own theater company, ‘Strangemen Theater Company.’
Continue Reading Below 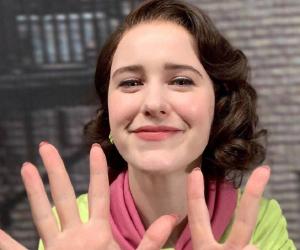 American People
American Men
Texas Actors
Aries Actors
American Actors
Childhood & Early Life
Jason Ralph was born on April 7, 1986, in McKinney, Texas. Shy and docile as a child, he discovered his interest in theater during his early years. In elementary school, Jason performed in a skit based on the fable of ‘The Boy Who Cried Wolf.’ This was the beginning of his tryst with acting.
According to the actor, being on stage gave him a sense of freedom. The scope to express himself on stage piqued his curiosity. He did not choose this profession exclusively for the limelight.
Jason studied at ‘Collin College.’ While he was a student there, he performed in college plays, stepping into the shoes of Shakespearean characters such as ‘Sebastian’ from ‘Twelfth Night’ and ‘Bertram’ from ‘All’s Well that Ends Well.’
Later, he enrolled into an acting course at ‘Purchase College, State University of New York.’ While pursuing the course, he experimented with the characters of ‘Valentine’ from ‘Two Gentlemen of Verona,’ ‘Lord Darlington’ from ‘Lady Windermere’s Fan,’ and ‘James’ from ‘Book of Days.’
Continue Reading Below
You May Like

Who Is The Most Popular BTS Member?
Career
Jason made his stage debut with the ‘Broadway’ production ‘Peter and the Starcatcher.’ The play, based on Dave Berry and Ridley Pearson’s 2004 novel of the same name, was adapted for the stage by Rick Elice. Jason brought the eponymous character to life.
Between 2010 and 2013, Jason made guest appearances in multiple TV shows, such as ‘The Good Wife,’ ‘The Gossip Girl,’ ‘Unforgettable,’ ‘Smash,’ and ‘Bluebloods.’
2013 marked the inception of Jason’s career as a film actor. He started with ‘Brightest Star’ and then appeared in numerous other films between 2013 and 2015. His other notable films are ‘I’m Obsessed with You,’ ‘A Most Violent Year,’ ‘Those People,’ and ‘Stereotypically You.’
Jason started with minor roles in films. In the romantic comedy ‘I’m Obsessed with You,’ he played ‘Jake Birnbaum,’ co-starring with his celebrity wife, Rachel Brosnahan. ‘A Most Violent Year’ featured him in the role of ‘Ian Thompson.’ Although it was a minor character, the movie has been one of the most successful projects he has been part of.
Between 2015 and 2016, Jason played recurring roles in three TV shows. His character named ‘Mike Vickery’ in ‘Aquarius’ received a lot of attention. Jason also left an impression as ‘Stan’ in ‘Manhattan’ and as ‘Harrison Dalton’ in ‘Madam Secretary.’
The series ‘The Magicians’ first aired on December 16, 2015, with Jason playing the leading role of ‘Quentin Coldwater.’ In this American fantasy series, Quentin enrolls at the ‘Brakebills University for Magical Pedagogy’ only to learn that the magical world from his favorite childhood books is, in fact, real and that it poses a threat to humanity.
Jason Ralph was part of the main cast of the 2016 show ‘Dark Day.’ He has also been featured in the recurring role of ‘Jake Devereux’ in ‘Younger’ (2018–present).
Jason co-founded a theater company named ‘Strangemen Theater Company’ with his peers from ‘Purchase College.’ He himself serves as the artistic director for this company. The ‘Strangemen’ has produced several plays, such as ‘On The Head of a Pin,’ ‘What People Thought,’ ‘The Little Mermaid,’ and ‘Free Delivery.’
One of Strangemen’s ‘Off-Broadway’ stage productions, ‘The Woodsman,’ won the ‘Obie Award.’ Their latest play, ‘Berney and Mikey’s Trip to the Moon,’ premiered in December 2018.
Continue Reading Below
Major Works
Jason’s first play, ‘Peter and the Starcatcher,’ was a huge success. After premiering at the ‘La Jolla Playhouse’ in California, it went ‘Off-Broadway’ in 2011. On April 15, 2012, it opened on ‘Broadway.’ The ‘Broadway’ run lasted until January 20, 2013. In March 2013, the play went ‘Off-Broadway’ again, at the ‘New World Stages.’ This run lasted until January 2014.
JC Chandor’s critically acclaimed movie ‘A Most Violent Year’ (2014) featured Jason with Oscar Isaac and Jessica Chastain.
Jason became a popular TV personality with ‘The Magicians.’ Although the first season of the show invited some negative responses from critics, the consecutive seasons received mostly positive reviews.
Family & Personal Life
Jason, originally from Texas, moved to New York City to pursue his acting career. He now lives in New York with his wife, Rachel Brosnahan of ‘The Marvelous Mrs. Maisel’ fame.
Jason and Rachel reportedly met for the first time on the sets of ‘Manhattan,’ where they worked together.
Jason’s relationship with Rachel has drawn a lot of attention from the paparazzi. When the couple attended the 2018 ‘Emmy Awards’ together, the wedding bands on their fingers generated speculations about their marital status.
While the media initially thought they were newly married, the couple disclosed that they had tied the knot in 2016 and that their relationship was much older than that. Rachel and Jason also mentioned in an interview that the world had failed to even catch a whiff of their relationship earlier because they had made sure to keep their personal lives private.
However, when Rachel won the award for the ‘Best Television Actor in Comedy/Musical’ at the 2019 ‘Golden Globes,’ she quite candidly thanked beau Jason in her acceptance speech, saying, “Jason, I love you. I wouldn’t be here at all without you. Thank you.”
The media has labeled Jason Ralph as a feminist/activist, and Jason indeed seems to be politically “woke.” He showed his solidarity with the ‘Time’s Up’ movement during the 2018 Hollywood award season. Likewise, he is known for attending women’s marches and political events. Jason and the whole cast of ‘The Magicians’ also posted a video on ‘Instagram,’ motivating people to vote.
Trivia
In 2010, Jason lent his voice to the character of ‘Harry Dobbing’ in the video game ‘Red Dead Redemption.’
In 2015, he participated in the ‘Hunger Project’s ‘Live Below the Line’ challenge, which was meant to raise funds to fight poverty.
Jason Ralph divulged in an interview that he had always been quite shy but also claimed that theater had helped him become extroverted. Although he is still considerably apprehensive about his career as an actor, he believes he will be a veteran by the time he is 80. He was once quoted saying, “I can’t wait to be an 80-year-old actor,” and then adding, “…I think I’ll be really good at that point!”
Jason is quite fond of dogs. Jason and Rachel own two beautiful dogs. In an interview, Jason confessed his obsession with a rescued pit bull mix named Nikki, describing her as “the love of my life.”

See the events in life of Jason Ralph in Chronological Order