Jane Marie Lynch is a renowned American actress who has impressed her viewers with her portrayal of casual and indifferent characters with a rare tinge of wit and humor. Apart from being an actress and singer, she has also donned the role of a host on various occasions. She has appeared in multiple acting ventures, many of which have been highly appreciated and applauded by the audiences. However, one truly notable role that made her all the more popular is that of Sue Sylvester in ‘Glee’. She has won various awards for all her good work and this endless list asserts her immense talent and potential. In the span of 56 years, she has been associated with numerous projects and even now she is working tirelessly. She has also worked as a voice actor and given her voice to multiple animated films, including Space Chimps, Shrek Forever After Ice Age: Dawn of the Dinosaurs, and Wreck-It Ralph. She has also been honored with the 'Hollywood Walk of Fame' in television category.
Continue Reading Below American People
American Women
Illinois Actresses
Cornell University
Illinois State University
Childhood & Early Life
Jane Lynch was born on 14th of July in 1960 in Evergreen Park in Illinois to Frank and Eileen Lynch. Her father was a banker while mother a secretary cum home maker.
Her grandparents and father were of Irish origin but her mother was Swedish and Irish in origin. She was brought up in a Catholic family in Illinois in a place called Dolton.
She studied in ‘Thornridge High School’. During her third grade, she found her love for acting and later pursued this love in her academic life.
She did her bachelor in Theatre from ‘Illinois State University’. She also pursued her MFA degree in theatre from the ‘Cornell University’. 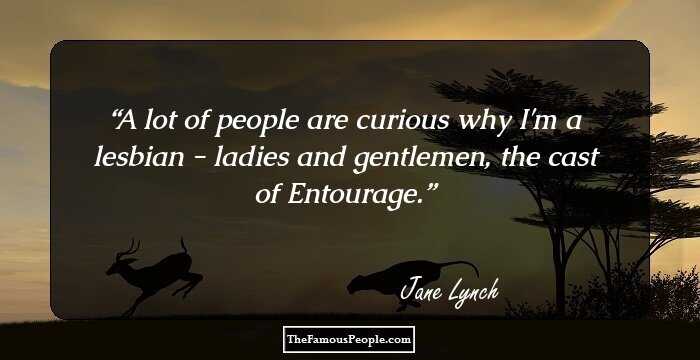 The Most Popular US Veterans
Career
Jane Lynch began her career with ‘Steppenwolf Theatre Company’ and kept on working there, till she was selected by ‘The Second City’, which was a troupe specialized in comedy. She also joined ‘Annoyance theater’, where she got her first famous breakthrough as Carol Brady in ‘The Real Life Brady Brunch’.
She then shifted her focus to films and began by playing small roles. ‘Vice Versa’ in 1988 was her first movie with Fred Savage and Judge Reinhold, which was followed with the likes of ‘Straight Talk’, ‘The Fugitive’ (with Harrison Ford) etc.
Her collaboration with Christopher Guest is an important milestone in her career. She first met him in the 1990s for a cereal commercial and again worked with him in his spoof about dog show aka a mockumentary i.e. a mocking documentary called ‘Best in Show’. She played a tough dog trainer, Christy Cummings who was romantically linked with a prized and posh dog owner. In ‘A Mighty Wind’ (2003) and ‘For Your Consideration’ (2006), Jane got to portray two different kind of roles- actress in adult industry taking up folk music and a page three journalist.
Jane gained popularity in ‘MDs’ a medical drama in 2002, where she had the leading role of a nurse and ‘The Family Guy’, an animated comedy where she lent her voice.
Lynch‘s career was running successfully in two parallel tracks. She was taking up projects one after another in both small and big screens and was being appreciated for all her works. Her acting in ‘The 40-year-old Virgin’ in 2005 with Steve Carell was highly acclaimed.
Some of her important television projects are: ‘Two and a Half Men’, ‘The X files’, ‘Criminal Minds’, ‘Gilmore Girls’, ‘Weeds’, ‘Desperate Housewives’, ‘L Word’ etc. Out of all her works ‘Glee’ in 2009 is the most famous. She has also appeared in Nickelodeon’s ‘iCarly’ which was a comedy.
Her movie marathon includes: ‘Talladega Nights: The Ballads of Ricky Bobby’, ‘Alvin & the Chipmunks’, ‘Another Cinderella Story’, ‘Ice Age: Dawn of the Dinosaurs’, ‘Julie and Julia’ etc.
She has also hosted several shows and events; ‘Saturday Night Live’ (9th of October 2010), ‘Hollywood Game Night’ (2013), ‘New Year’s Eve with Carson Daly’ (2013).
Her most recent appearance was in ‘The Price is Right’ on 21st February, 2017.
Continue Reading Below 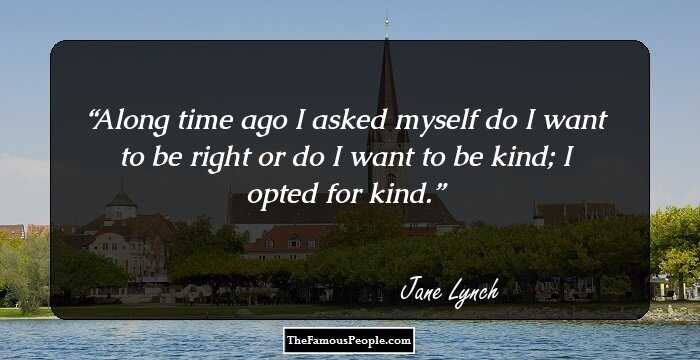 Major Works
While talking of her major works, the first name that comes to the mind is ‘Glee’. This was a musical comedy set around a glee club in high school where Jane aka Sue Sylvester was the cheer-leading coach. The character was intense yet cold and this portrayal fetched Jane many awards.
Guest’s ‘Best in Show’ should definitely be cited as Jane's major work as this kick-started her journey in the film line. Her strong willed lesbian character and her chemistry with her on-screen wife, Jennifer Coolidge was something new to witness.
‘The L Word’ was another unique work of Jane which focused on the lives of many homosexual women and there she was a lawyer, Joyce Wischina who was in love with her client.
Awards & Achievements
Jane is quite well-known as an actor, anchor and singer. However, not many know that she has also written a play and even acted in this play named ‘Oh, Sister, My Sister!’, which was produced in 1998.
She was nominated in 2010 for ‘Primetime Emmy Award’ for ‘Two and a Half Men.’
For ‘Glee’, Jane bagged several awards including Prime-time Emmy Award’, ‘People’s Choice Award’, ‘Golden Globe Awards’, ‘Satellite Award for Best Supporting Actress’ etc.
Jane also received the 2505th star in ‘Hollywood Walk of Fame’ on 4th September 2013.
For hosting ‘Hollywood Game Night’ she received two ‘Emmy Awards’.
Continue Reading Below
In 2005, she made to the list of ’10 Amazing Gay Woman in Showbiz.’ 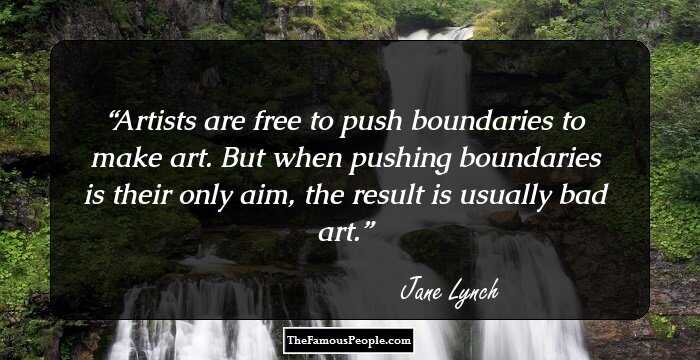 Quotes: Art
Personal Life & Legacy
The person who has donned so many homosexual characters in her career is in real life of the same sexual orientation. Lara Embry, a clinical psychologist was her love interest whom she dated in 2009 and also got engaged to in that very year. They got married in Massachusetts on 31st May 2010. They were together for three years till they divorced in 2014.
Haden is the adopted daughter of Lara Embry. Jane is her step-mom and pays Lara alimony. Apart from this, no other link ups have been found about Lynch.
Trivia
Being a singer, she sang all her songs and also played guitar in ‘A Mighty Wind’ (2003).
Her favorite movies are ‘Zoolander’,’ Ninotchka’, and ‘The Crossing Guard’.
Before coming into limelight she struggled with alcoholism. She also wanted to live up to her father’s expectation of an athletic son by wearing her brother’s clothes. She is also afraid of elevators.
Vicki Lawrence and Ron Howard are her idols and she is a huge fan of Carol Burnett, Olivia-Newton John and John Travolta.
She is a little deaf in her right ear because of a fever which she suffered in infancy.
She has acted in a number of commercials and has generally got the role of an office professional.

See the events in life of Jane Lynch in Chronological Order