Sir James Paget was a famous British surgeon and physiologist considered as one of the founders of modern pathology. He is best remembered for describing two conditions named for him: Paget's disease of the nipple, a precancerous disorder, and Paget's disease of the bone, osteodystrophia deformans. Paget’s Abscess is also named after him, a type of pus formation in the tissue of the body. He was one of the many children born to his parents. In his teenage years, he was desperate to join the Navy but later on decided to become a surgeon. He had to wait for several years before being suitably rewarded for his hard work and significant breakthroughs in the field of medical science. He was a gifted orator with a sympathetic personality and was regarded as the finest lecturer in his field. In spite of his busy career, he was someone who knew how to enjoy life. Blessed with a great sense of humor, he loved to laugh and have fun too. Along with medical research he was also interested in criminal matters. A brilliant surgeon, he was also an awesome human being whose life and works continue to inspire the future generations. Elizabeth Garre...
Surgeons #107
Physicians #668
DID WE MISS SOMEONE?
CLICK HERE AND TELL US
WE'LL MAKE SURE
THEY'RE HERE A.S.A.P
Quick Facts

British People
Male Physicians
British Surgeons
British Physicians
Capricorn Men
Childhood & Early Life
James Paget was born on 11 January, 1814 in Great Yarmouth, England to Sarah Paget, a talented artist and Samuel Paget, a brewer and ship-owner. He had 16 siblings, of whom only eight made it to adulthood.
He went to a local school where he studied mathematics and the classics such as Latin and Greek. His mother was well educated and a skilled writer, which proved quite helpful in his growth.
At the age of 15, he became envious of the attention paid to naval officers and decided to pursue it as a career, which he later described as a “silly wish”.
In 1830, he decided to become a surgeon and became an apprentice of Dr. Charles Costerton, a local surgeon and apothecary in Great Yarmouth. He practiced for four and a half years with him, acquiring knowledge about anatomy and botany.
After his apprenticeship he entered St. Bartholomew’s Hospital, London for a two year study. He earned his reputation as a keen observer with accurate descriptions and also discovered the pathogen of Trichinosis, a parasitic disease.
In 1836, with very little guidance from the medical professors, he passed his examination at the Royal College of Surgeons, and became qualified to practice.. 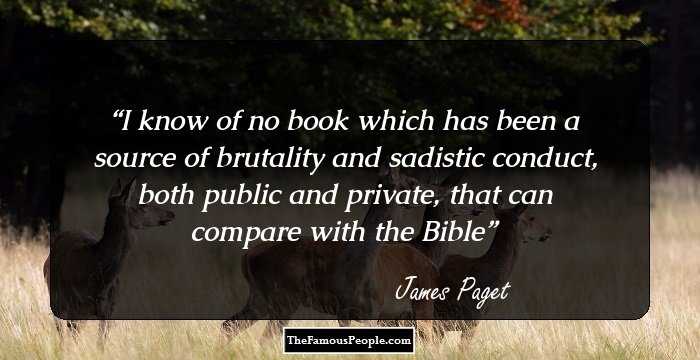 The Hottest Male Celebrities With The Best Abs
Career
The period from 1836 to 1843 was a difficult one for him. Even though he topped his examinations, he had to struggle for seven years, working as a curator at the College of Surgeons Anatomy Museums.
In 1843, he was appointed as a lecturer of anatomy and physiology at the Finsbury Dispensary, where he also worked as a surgeon for some years. During this period, he was also appointed as a professor at Royal College of Surgeons, where he gave six lectures in surgical pathology.
In 1851, he was elected a fellow of Royal Society. He had become a famous pathologist and physiologist. But, the real turning point in his life came in 1858, when he was appointed as surgeon extraordinary to Queen Victoria and a few years later, surgeon ordinary to Prince of Wales.
In 1871, he resigned as a surgeon due to illness, but continued his private practice. In 1875, he was elected as the President of Royal Society.
In 1877, he published a paper on a bone disease, osteitis deformans. It is regarded as a significant achievement in medical history.
Major Works
In 1834, as a student at St. Bartholomew's, he noted some white specks in the muscle of a cadaver he was dissecting. Upon observing them under microscope, he identified them as worms, Trichina spiralis, ingested through the eating of unhealthy pork. He played a major role in improving the nation’s health through this discovery.
In 1877, he described osteitis deformans, a chronic bone disease which causes progressive bone deformity over the years. It was a remarkable feat of observation at the time, considering the fact it was diagnosed before the invention of X-rays.
He also discovered Paget’s disease of the nipple and Paget’s abscess. He was the first to urge removal of the tumor instead of amputation of the limb in cases of myeloid sarcoma.
His famous works include ‘Lectures on Tumors’ (1851) and ‘Lectures on Surgical Pathology’ (1853). In 1888, he opened a hospital in London.
Continue Reading Below
Awards & Achievements
In 1858, he was appointed as the surgeon extraordinary to Queen Victoria.
In 1863, he was appointed as the surgeon ordinary to Prince of Wales.
In 1875, he was elected as the President of Royal College of Surgeons of England.
In 1877, Queen Victoria conferred on him a baronetcy, which he accepted with pride.
In 1887, he was elected as the President of the Pathological Society of London.
Personal Life & Legacy
He became engaged to Lydia North, daughter of Rev. Henry North, despite the opposition of his family who described him as irresponsible and disloyal. After seven long years he married her in 1844.
They had a happy family blessed with six children, most of whom made their own mark in history with their significant achievements.
After he stopped operating at the age of 64, he saw very few patients and devoted most of his time to writing. Much of his time was spent improving medical teaching and examination, and encouraging public speaking.
He died on 30 December, 1899 in London, just before the beginning of the 20th century.
You May Like

See the events in life of James Paget in Chronological Order