James Comey is an American lawyer who served as the 7th director of the 'Federal Bureau of Investigation’ (FBI). His unceremonious removal from the post by President Donald Trump made it to the headlines in 2017. During his tenure as the director of the ‘FBI,’ a number of highly controversial incidents took place, including data leak from the 'United States Office of Personnel Management,' a botched investigation into Hillary Clinton's emails, and the Russian interference in the 2016 presidential election. However, before he was voted as the ‘FBI’ director, he had a successful career in the private sector. He had also worked with the 'United States Department of Justice.' He was actively involved in high-profile cases, involving people such as Marc Rich, Martha Stewart, John Rigas, and Frank Quattrone. He has worked with 'Lockheed Martin' and 'HSBC Holdings.' He also teaches law (ethical leadership) at reputed universities.
Continue Reading Below 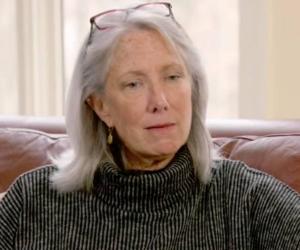 American People
Tall Celebrities
Tall Male Celebrities
Male Lawyers
American Lawyers
Childhood & Early Life
James Brien Comey Jr. was born on December 14, 1960, in Yonkers, New York, U.S., to Joan Marie Comey (nee, Herald) and James Brian Comey.
He grew up with a sister named Patricia and two brothers named Peter and Christopher. He is of Irish descent, and he was raised a Roman Catholic.
In 1971, he and his family moved to Allendale, New Jersey, U.S.
Joan doubled as a computer consultant and homemaker, and James Sr. worked in the commercial real-estate business.
In 1977, he and his brother, Peter, were held at gunpoint by “The Ramsey Rapist.”
In 1982, he graduated from the 'College of William and Mary,' Williamsburg, Virginia, U.S., majoring in chemistry and religion.
He earned his “Juris Doctor” from the 'University of Chicago Law School' in 1985.
Continue Reading Below
You May Like

Who Is The Most Popular BTS Member?
Career
After finishing law school, he began working as a law clerk for U.S. district judge John M. Walker Jr. in Manhattan. Later, he joined 'Gibson, Dunn & Crutcher LLP' as an associate in their New York office.
From 1987 to 1993, he worked in the 'U.S. Attorney's Office’ for the Southern District of New York. During his tenure as the deputy chief of the ‘Criminal Division’ there, he was instrumental in prosecuting the Gambino crime family.
Between 1996 and 2001, he was the assistant U.S. attorney, in charge of the ‘Richmond Division’ of the 'United States District Court for the Eastern District of Virginia.' During his tenure there, he played important roles in the “Whitewater Scandal” and the 1996 ‘Khobar Towers’ bombing case.
During his stay in Richmond, he also worked as an adjunct professor of law at the 'T.C. Williams School of Law’ of the ‘University of Richmond.'
From January 2002 to December 2003, he served as the U.S. attorney for the Southern District of New York.
Some of the most significant cases he handled during this time included an inquiry into the controversial pardon of Marc Rich by former president Bill Clinton; the indictments of John Rigas, founder of 'Adelphia Communications,' and his allies, for securities fraud, bank fraud, and wire fraud; the indictment of Martha Stewart for securities fraud, insider trading, obstruction of justice, and lying to law enforcement authorities; the indictment of Frank Quattrone for destruction of evidence of a probable case of investment fraud; and the prosecutions in “Operation Wooden Nickel.”
In December 2003, he was chosen as the 31st U.S. deputy attorney general. During his tenure, he initially endorsed the first memorandum that approved the use of 13 enhanced interrogation techniques to be used by the ‘Central Intelligence Agency’ (CIA). However, he opposed the second memorandum.
Reportedly, he came close to resigning in the wake of the controversial warrantless domestic surveillance conducted by the ‘National Security Agency’ (NSA) during President George W. Bush's regime.
In August 2005, he left the ‘Department of Justice’ to become the general counsel and senior vice president of 'Lockheed Martin.' He served in this position until mid-2010.
Continue Reading Below
He joined the senior management committee of the Connecticut-based investment firm 'Bridgewater Associates.'
On February 1, 2013, he left 'Bridgewater' to join 'Columbia Law School' as a senior research scholar and a “Hertog fellow” on national security law.
‘HSBC Holdings' had appointed him to their board of directors.
In May 2013, reports stated that President Barack Obama was going to nominate Comey as the successor to the outgoing director of the ‘FBI.’ On July 29, 2013, he was confirmed for a full 10-year term by a vote of 93–1, and on September 4, 2013, he was sworn in.
A lot of significant events had taken place during his tenure, and a few were highly controversial.
In early 2015, his comments on the ‘Holocaust’ and Poland led to a misunderstanding between him and the U.S. ambassador to Poland.
In June 2015, it was revealed that there had been a data breach at the 'United States Office of Personnel Management.' Comey later said that records of around 18 million people might have been leaked.
On July 10, 2015, the ‘FBI’ began an investigation into the use of a private email server by Hillary Clinton when she was serving as the secretary of state. Many believe that this incident was one of the significant causes of Clinton's loss in the 2016 presidential elections. Law experts highly criticized Comey's actions and role.
In July 2016, the ‘FBI’ started investigating into Trump's election campaign. Earlier that month, the ‘FBI’ had received the Trump–Russia dossier that hinted at a prominent Russian involvement in Trump's election campaign.
Continue Reading Below
As Trump came to power, Comey started documenting his conversations with him.
On May 9, 2017, President Trump formally dismissed him from the post of ‘FBI’ director. Although the reasons cited were Comey's mishandling of Clinton's email investigation, Trump revealed that Coney had not been doing justice to the job. This event became a huge controversy.
In mid-2017, he delivered a series of lectures and spoke at the convocation at 'Howard University,' Washington, D.C., U.S.A.
In the latter part of 2018, he started teaching a course on ethical leadership at his alma mater, the 'College of William and Mary.' He was given a non-tenured position of an executive professor of education and taught during the 2018–2019 academic year.
Writing
He wrote the book 'A Higher Loyalty: Truth, Lies, and Leadership.' It was based on his life experiences, especially his stint with the government. It was published by ‘Flatiron Books’ of 'Macmillan Publishers,' on April 17, 2018. The book was well-received by critics and readers alike.
He wrote the foreword for the yet-to-be-released book 'A Christian and a Democrat: A Religious Biography of Franklin D. Roosevelt.’
Family & Personal Life
Comey married Patrice Failor, his college sweetheart, on July 25, 1987.
They have four daughters, Maurene, Claire, Kate, and Abby, and a son, Brien. In 1995, their son, Collin, died in infancy. They have also been foster parents.
Comey belongs to the 'United Methodist Church' and has taught “Sunday School.” His hobbies include cycling and playing squash.

See the events in life of James Comey in Chronological Order