Brittany Johnson
Jake Angeles is an American scooter rider and YouTuber. He is known for uploading a combination of scooter-related content and vlogs to his self-titled channel. Popular for his brilliant pro scooter tricks and amazing trampoline stunts, Angeles is an extremely talented young man when it comes to performing exciting feats! He is also a remarkable vlogger whose personal vlogs are truly entertaining and fun to watch. His videos featuring him and his pals riding skateboards and hoverboards are also totally awesome! The professional scooter rider is a multitalented guy who has amazing vocal skills as well. Till date, he has released cover versions of many popular songs. He is very ambitious and determined to make it big as a social media influencer and strives to post a variety of interesting content for his audience to enjoy. On a personal note, Angeles is a dashing, confident, and charming guy. He has a crazy sense of humor and loves to crack jokes every now and then. He likes to interact with his fans and followers as he loves them genuinely and feels grateful for their support. California YouTubers
Male Youtubers
Cancer Youtubers
American Vloggers
Rise to Stardom
Jake Angeles was already competing in scooter riding competitions before launching his YouTube channel in 2015. His very first video on his self-titled channel was 'UnderGround Sessions | Call The Shots Ft. Cody Flom and Chris Farris' that featured him and his friends skating in Ronka Underground Skatepark. His second video was titled 'Trick Dice! PT. 2 With Tanner Fox'. After this, he shared more videos related to scootering.
Recommended Lists:

American YouTubers
Cancer Men
On February 8, 2016, Angeles published the video 'Hoverboard VS. Skateboard’ that eventually became a massive hit. Following the video’s success, Angeles was motivated to take his channel more seriously. In the ensuing months, he posted a variety of videos related to scooters, hoverboards, skateboards, and trampolines. From pro scooter tricks to trampoline stunts, Angeles’ channel has a lot of interesting content to offer to lovers of extreme sports. Apart from these, his channel has got a number of personal vlogs as well.
The most popular videos on his channel are 'Hoverboard Got Us Kicked Out’ and 'Knocking On Justin Bieber’s Door. As for now, each of these videos has earned over 2 million views. His channel is also extremely popular with almost 800k subscribers and millions of views.

The Best WWE Wrestlers Of The 1990s
Continue Reading Below
Personal Life
Jake Angeles was born on July 22, 1999 in San Diego, California, USA. He was in a relationship with Elissa Deheart from 2016 to 2018. Deheart is an Instagram star and YouTuber who first met Angeles at the Mission Beach when she was asked to participate in a Water Bottle Challenge video. Angeles is a friend of fellow scooter rider and YouTuber, Tanner Fox. Both have collaborated many times for their videos. 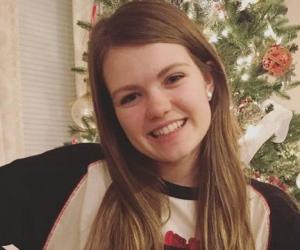