Advanced Search
Jahking Guillory is an American actor, best recognized for his starring role in the 2016 adventure flick ‘Kicks.’ He is also known for his roles in the dramas ‘On My Block’ and ‘The Chi.’ He is also an accomplished rapper, known for sharing his music on the popular app ‘SoundCloud.’ The multitalented personality is a track champion, too, and has won the gold medal in the 800-meter and 1500-meter dash back at the ‘Junior Olympics.’ Born in Moreno Valley, Riverside County, Guillory started acting when he was just 6 years old, appearing in national commercials, print campaigns, and music videos. His parents separated when he was 12. He was a talented running back for a football team. Guillory is now compared to peers Alex Hibbert, Quvenxhané Wallis, and Storm Reid and is definitely one of the most talented new artists in his domain. Michael Campion
DID WE MISS SOMEONE?
CLICK HERE AND TELL US
WE'LL MAKE SURE
THEY'RE HERE A.S.A.P
Quick Facts

Haitian People
Athletes
Taurus Actors
Male Singers
Male Rappers
Career
Jahking Guillory began acting career at the young age of 6, starting his career with commercials, print campaigns, and music videos. After a number of minor projects, he bagged the role of ‘Brandon’ in the 2016 adventure film ‘Kicks.’ Directed by Justin Tipping, the film also stars Christopher Jordan Wallace, Kofi Siriboe, Christopher Meyer, Molly Shaiken, and Mahershala Ali. ‘Kicks’ was featured at the ‘Tribeca Film Festival’ and the ‘LA Film Festival,’ followed by a theatrical release that fall.
In 2017, Guillory appeared as ‘Kid K’ in ‘Smartass.’ Starring Joey King, the movie was about a teen girl using her charm and wit to survive in California. That year, the actor also played ‘Charles Johnson’ in the American drama ‘The Chi.’ It premiered on ‘Showtime’ and was about life on the South Side of Chicago.
In 2018, Guillory starred as ‘Latrelle’ in the coming-of-age series ‘On My Block.’ Also featuring actors Jason Genao, Sierra Capri, Jessica Marie Garcia, Diego Tinoco, and Brett Gray, the plot followed a group of teens getting their friendship tested in high school. The series was appreciated for its story, its diverse cast, and its performances.
Besides being an actor, Guillory is a talented rapper who frequently shares his songs on ‘SoundCloud.’ He is also a track champion who has competed in the ‘Junior Olympics.’ He has even served as a champion running back for rapper Snoop Dogg's junior football team.
Recommended Lists:

Taurus Singers
Taurus Rappers
Male Athletes
Taurus Athletes
Continue Reading Below
Family & Personal Life
Jahking Guillory was born on May 14, 2001, in Moreno Valley, Riverside County, California, USA. His mother is from Guam, Micronesia, while his father belongs to Louisiana. His parents separated when he was 12, and he moved with his mother and his extended family to Long Beach. During this time, Guillory became a father figure to his sister, niece, and two nephews.
Guillory is a private person who has always tried to keep his personal life away from the limelight. He is reportedly single.
Recommended Lists: 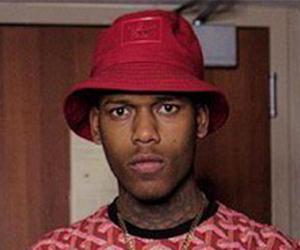 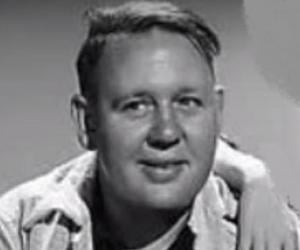 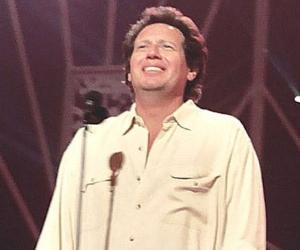