Jackson Mecham is the son of the American "YouTuber" couple Ellie and Jared Mecham. Jackson’s parents are known for their 'YouTube' channel, 'Ellie and Jared,' which is exclusively dedicated to the issue of infertility and its treatment. The channel, which now has over a million subscribers, has influenced the lives of many couples with infertility issues. Ellie was diagnosed with polycystic ovary syndrome, and the ailment caused her immense difficulty in conceiving. Subsequently, she underwent treatment. Jackson’s birth was nothing short of a miracle to Ellie and Jared, as he was conceived after a lot of struggle. Their fans were extremely excited to see their favorite "YouTuber" couple turn into parents. Jackson now regularly appears on the channel's vlogs. He also has an 'Instagram' profile. 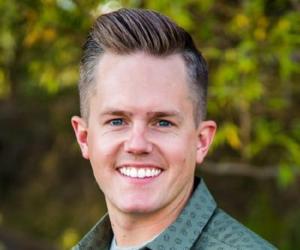 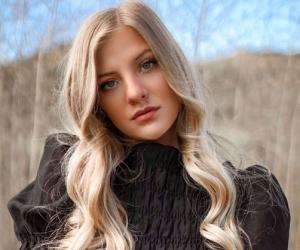 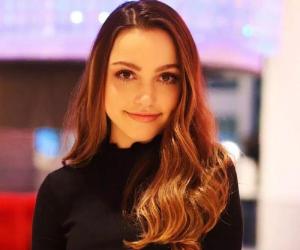 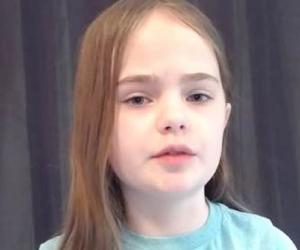 LtCorbis
YouTubers #1627
DID WE MISS SOMEONE?
CLICK HERE AND TELL US
WE'LL MAKE SURE
THEY'RE HERE A.S.A.P
Quick Facts

American People
Male Youtubers
American YouTubers
Capricorn Youtubers
Capricorn Male
Before Birth
Jackson is the first-born child of Ellie and Jared Mecham. The couple is known for their ‘YouTube’ vlogs that are related to infertility and ways to cope with the issue. These vlogs are highly inspired by Ellie and Jared’s real-life experiences. Before Jackson was born, Ellie and Jared had struggled to overcome infertility.
Ellie and Jared got married on November 13, 2009. When they began planning to have their first child, Ellie was diagnosed with polycystic ovary syndrome (PCOS). Ellie failed to conceive a number of times. They underwent infertility treatment, and that resulted in Ellie’s first pregnancy.
You May Like

Who Is The Most Popular BTS Member?
Continue Reading Below
Birth
Ellie and Jared have been vlogging since they got married. They regularly updated their fans about their infertility treatment through their informative vlogs. When Ellie’s pregnancy was announced, their fans were elated and thoroughly displayed their excitement to welcome the baby.
Jackson was a star even before he was born. Following the announcement of Ellie’s pregnancy, Jared continued to vlog about her progress. On September 26, 2013, the couple shared Jackson's sonogram image through a vlog. The vlog also revealed the name of the baby.
Jackson was born on January 9, 2014, in Utah, US. Ellie’s delivery vlog, 'OUR BABY IS HERE!!,' was uploaded three days later. The vlog has acquired over four million “views” to date. The “comments” section of their vlog was deluged with their fans’ congratulatory messages. In a separate vlog, Ellie and Jared revealed that Jackson’s full name would be “Jackson Clark Mecham.” Jackson now regularly appears in the vlogs of his parents’ 'YouTube' channel. He also appeared in the popular video ‘BABY'S FIRST CHRISTMAS ADVENTURE!! (Ellie and Jared Christmas Special),' which was a vlog on Jackson’s first Christmas. Jackson and Oliver Lanning, son of the ”YouTuber” couple Missy and Bryan Lanning, are both known as the children of "mommy vloggers."
When Jackson was nine months old, Ellie unexpectedly got pregnant again. It was no less than a miracle, as she had conceived without any fertility treatment. On May 23, 2015, Ellie gave birth to Jackson’s brother, Calvin Scott. In 2017, Ellie got pregnant thrice, but all of them resulted in miscarriages. Ellie and Jared announced Ellie’s next pregnancy in November 2017. Ellie gave birth to another son, Tommy Joel, on June 20, 2018.
Apart from spending time with Calvin and Tommy, Jackson loves playing with their yellow Labrador named Penny. He also owns an 'Instagram' page that is managed by his parents. 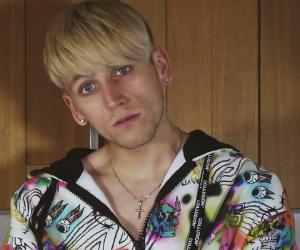 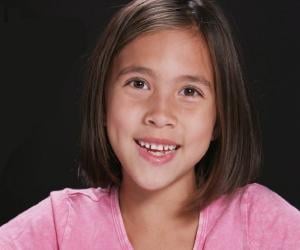 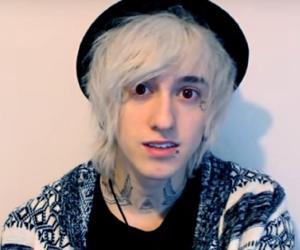 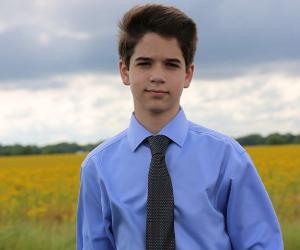