Jack Wright is a dancer and entertainer who has found fame on TikTok, a popular lip-sync app. He is also known for being a member of The Hype House alongside Chase Hudson, Nick Austin, Tony Lopez, Avani Gregg and many others. The twin brother of fellow TikTok star James Wright, he joined the social platform Instagram in the summer of 2016. Jack Wright then began making mini visual clips on TikTok. Some of his videos went viral and earned him popularity. His TikTok career reached new heights when he joined The Hype House. Today, he has over 1 million fans and more than 15 million likes on the app. His Instagram handle also has a decent number of followers. A graduate of Great Oak High School, Wright is also a talented pole vaulter and has competed in many track and field events. He is a fantastic dancer known for his unique choreography skills and facial expressions. American People
Male Tiktok Stars
Male Social Media Stars
American Musical.ly Stars
American Social Media Stars
Rise to Fame
Jack Wright began posting to his Instagram account in the summer of 2016. He initially shared pictures from his pole vault competitions. He also started posting his traveling photos and other content from his day-to-day life. He then joined TikTok and began sharing clips of his dance moves and other entertaining videos on the app. Jack Wright was just another normal American boy until one of his videos tilted "THiS wAs nOT PlaNneD" went viral and made him a star.
Recommended Lists:

Aries Men
His first dancing video that became popular on TikTok was "walmart versions of the Lopez Brothers". The video, which showcased his sassy dance moves, garnered much popularity and established Wright as a dancing star. Today, this dancing clip has over 1.2 million likes and hundreds of thousands of comments. This clip was instantly followed by another dance video "we really vibin’" wherein he and his brother thrill his fans with their brilliant dance. Many more dancing clips followed after this, a few of them featuring Wright and The Hype House members, including Avani Gregg and Charli D'Amelio.
While there is no doubt Jack Wright has achieved stardom on his own on TikTok, his collaborative group, The Hype House, has greatly contributed to his success. Every member of this group has featured in all the others’ videos, showcasing their dancing skills. They have also promoted each other’s videos on their individual social media accounts, and this has benefited every member of the group.
Currently, Jack Wright has more than 1 million fans on TikTok. His videos have amassed over 15 million likes.
You May Like

Who Is The Most Popular BTS Member?
Continue Reading Below
Family & Personal Life
Jack Wright was born on March 29, 2003, in California, USA. He has a twin brother named James who is also a TikTok sensation and a member of The Hype House. Although James is not as popular as his brother, he still has a decent following on the app.
Jack Wright is a graduate of Great Oak High School. During school, he was a pole vaulter and participated in several track and field events. He and his brother are good friends with a lot of TikTok users such as Chase Hudson, Nick Austin, Tony Lopez, and Avani Gregg, to name a few. 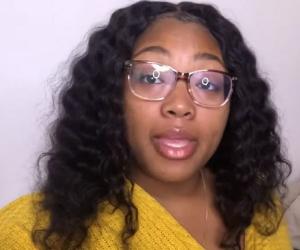