Advanced Search
J Edgar Hoover was a US government official who served as the first Director of the Federal Bureau of Investigation; he was in the office from 1935 until his death in 1972. Coming from a modest background, Hoover commenced his career as a clerk and soon became a government official at the Department of Justice. His hard work and perseverance helped his career take an upward route, as he earned himself the chair of the Director of Bureau of Investigation (BOI), a predecessor of FBI, in 1924. Under Hoover’s supervision, the tainted status of the organization resolved dramatically, as it gained prominence and grew in terms of responsibility, importance and administration. Hoover’s meticulous ways and strict control helped Bureau of Investigation become an integral part of the national government and an icon in American popular culture. His expansion of power of BOI led to the founding of the Federal Bureau of Investigation in 1935. It was Hoover’s administrative techniques that helped FBI become a major crime-fighting agency. He not just founded the organization but also infused it with modern technology. Though for much of his life Hoover was credited for building a highly effective agency, towards the end, he was criticized for his anti-communist and anti-subversive views. Furthermore, his unconventional tactics to gain information was also condemned. Betsy DeVos
DID WE MISS SOMEONE?
CLICK HERE AND TELL US
WE'LL MAKE SURE
THEY'RE HERE A.S.A.P
Quick Facts

American Celebrities
American Men
George Washington University
Capricorn Men
Childhood & Early Life
John Edgar Hoover was born on January 1, 1895, to Dickerson Naylor Hoover, Sr. and Anna Marie, in Washington DC. While his father came from German and English lineage, his mother had German and Swiss ancestry.
Raised in the Washington Capitol Hill neighbourhood, Hoover attended the Central High School. As a child, he participated in the Reserve Officers' Training Corps program.
Since an early age, Hoover displayed a defiant attitude. He defied the social norms and voiced his opinion for the rights of women and even made his argument against the abolition of death penalty.
He attended the night classes at George Washington University Law School. In 1916, he gained his Bachelor degree in Law and became a member of the Alpha Nu Chapter of the Kappa Alpha Order. Following year, he attained Master degree in Law from the university. 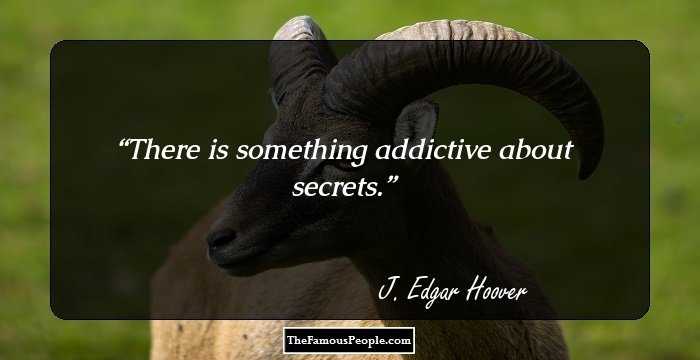 Continue Reading Below
Career
Hoover kick started his career in 1913 as a clerk in the orders department at the Library of Congress. His profile included collating information, a trait that stayed with him throughout his career and helped him establish the foundation for future FBI.
Completing his studies, he took up government service for the Department of Justice working in the War Emergency Division. Hoover soon progressed up the ladder and served as the head of the War Emergency Division's Alien Enemy Bureau. His profile included arresting and imprisoning disloyal foreigners without trial during World War I.
Hoover’s proficiency at his work helped him rise in government service as he was named assistant to attorney general, A Mitchell Palmer. In this profile, he headed the Bureau of Investigation’s, General Intelligence Division (GID). GID basically aimed at gathering intelligence on radical groups, and organizing the arrest and deportation of the alleged subversives. In this profile, Hoover conducted the controversial ‘Palmer Raids’, arresting left-wing radicals.
In 1921, Hoover was appointed as the Deputy Head of the Bureau of Investigation and three years later, in 1924, he was made acting director by the Attorney General. Within a short span of time, he was appointed as the sixth Director of the Bureau of Investigation by President Calvin Coolidge.
At the time when Hoover took over as the Head of Bureau of Investigation, the organization was at its lowest point and essentially criticized for inefficiency. As a Director, Hoover’s first task was to bring about institutional changes that marked an end to the disrepute earned during his predecessor’s administration.
Hoover’s foremost task as a director of BOI was to reorganize the organization. For the same, he fired a number of ‘special agents’, who he thought were merely political appointees, unfit or unqualified for the job. Next, he revised the recruiting system by introducing a rigorous method of selection and training. Only appointees who passed the thorough check-up, interview and physical test were selected.
Under Hoover, BOI flourished substantially. It not just grew in terms of responsibility but became an integral part of the national government, thus gaining lot of importance. It soon became well-known in the field of domestic intelligence.
During the early 1930s, United States faced problem with the exploitation of the gangsters, who constantly carried out bank robberies. Hoover saw this as the ideal opportunity to raise the achievements of FBI. He successfully tracked down and captured several gangsters, most notably John Dillinger. Furthermore, he implemented programs to professionalize U.S. law enforcement.
It was during Hoover’s administration that the fingerprint file was established in the late 1930s. Soon it became the world’s largest scientific crime-detection laboratory. Hoover was also responsible for setting up the FBI National Academy that trained special law enforcement officers from all around the country. He is also credited with the creation of the FBI Laboratory, a division that provided forensic analysis on Bureau investigations.
Continue Reading Below
Constant successes, introduction of modern technological investigative techniques, and improved services by the special agents led Bureau of Investigation to rise exponentially. The expansion of power finally resulted in the formation of Federal Bureau of Investigation (FBI) in 1935.
The 1940s and 1950s was largely dominated by the FBI’s staunch efforts and intensive surveillance against the Nazis’ and communists. During World War II, FBI indulged in domestic counterintelligence, counterespionage, and counter sabotage investigations. Furthermore, it investigated the backgrounds of government employees, ensuring no infiltration of any kind in the government offices.
In 1956, Hoover became largely annoyed by the inability of the Justice Department to prosecute people, more specifically communists, for their political opinions. As such, to come to a solution, he created a Counter Intelligence Program, or COINTELPRO. Through infiltration, burglaries, illegal wiretaps, planting forged documents and spreading false rumours about key members of target organizations, it aimed at disrupting the Communist Party by suspecting Communist spies and celebrities.
Under COINTELPRO, Hoover attempted to disband y organizations that were considered subversive, including the Black Panthers, the Socialist Workers Party and the Ku Klux Klan.
Through COINTELPRO operations, Hoover collected the most damaging and potentially embarrassing information on politicians throughout the country. What’s more, he used the same to intimidate his targets by threatening to leak damaging revelations about them. This helped him retain his seat as the Director of FBI.
During the late 1950s, FBI went under the knife and earned harsh criticism for ignoring existence of organized crime in the form of drugs, prostitution and exhortation that steadily engulfed the nation. Embarrassed by the gaffe, he changed the course of FBI for the next five years, directing its focus on organized crime primarily.
For the greater part of the 1960s and 1970s, Hoover was criticized for his authoritarian administration of the FBI. Furthermore, he was condemned for his actions against the seditionists, radicals and subversives. Though rumours of his dismissal constantly prevailed during this tenure, none was strong enough to break his power and support from friends in Congress.
Hoover served as the Director of FBI till his deathbed. Despite the growing sentiments for his departure, he remained too strong to be forced into retirement. 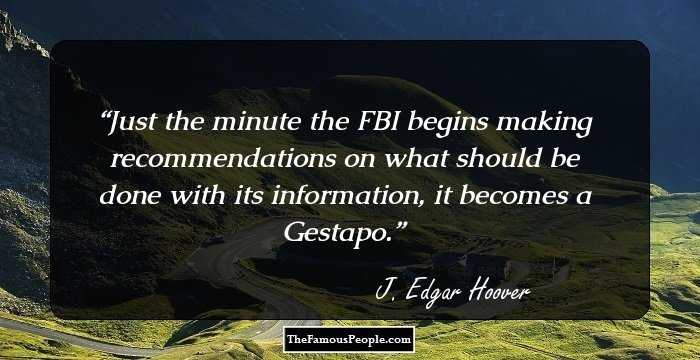 Major Works
Hoover’s most prominent work in his career has been as the founder and first director of FBI. He is credited for shaping the agency and making it one of the largest crime-detecting organizations. His emphasis for modern technological investigative techniques, improved training and appointment methods and institutional changes helped turn FBI into a highly effective arm of federal law enforcement. He is also responsible for establishing the world’s largest fingerprint file, a scientific crime-detection laboratory; and the FBI National Academy.
Personal Life & Legacy
Hoover breathed his last in his sleep on May 2, 1972. He is reported to have suffered heart attack. Till his deathbed, he served as the Director of FBI, leading the organization for 48 years.
His body lay in state in the Rotunda of the U.S. Capitol. After the funeral service, he was buried in the Congressional Cemetery in Washington, D.C., next to the graves of his parents and a sister. 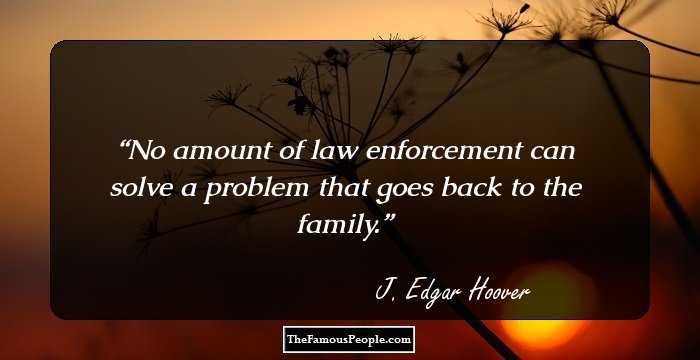 Quotes: Family
Trivia
This US government service officer and first director of FBI suffered from the problem of stammering as a child. To curb the same, he spoke speedily so much so that stenographers had a hard time following him.

See the events in life of J. Edgar Hoover in Chronological Order 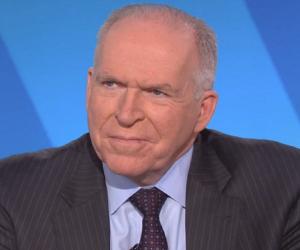