IzabellaScorupco, most well-known for her famous role in the ultra-successful ‘GoldenEye’, has proved herself as an actor, model, and singer. Even as a child she showed interest in drama and the arts. She took musical lessons at a young age and even wrote her own plays throughout school. She got her lucky break when she was still a young 17 year old student, allowing her to tour Europe once she graduated. She spent the following years dominating the modeling field and dabbling in singing as well. She had a very successful European career but decided to move to America when she met her first husband. This is when she landed the role in the now popular 007 film. From that point, she was accepted into the American film industry and went on to co-star alongside famous actors such as Matthew McConaughey. This multi-talented persoanlity has successfully landed herself in the number three spot on Swedish music charts, hosted popular television show ‘Sweden’s Next Top Model’ starred in numerous movies, and even graced the cover of ‘Italian Vogue’. She continues to pursue her acting and singing career and is currently working on a film called ‘Sleepwalker’ which is set to debut this year 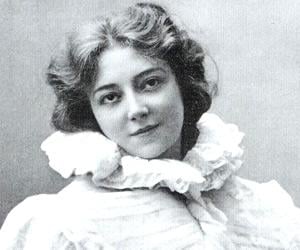 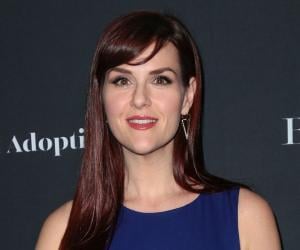 Polish People
Swedish People
Polish Women
Swedish Women
Gemini Singers
Women Singers
Childhood & Early Life
This popular actress was born on June 4, 1970 in Bialystok, Poland. Her mother and father separated when she was only one year old, and she traveled with her mother to Sweden.
During her early education, she was interested in mainly drama and music. She also studied language and gained fluency in Swedish, English, and French.
While still studying, in 1987, she was discovered and cast in the movie ‘Ingenkanälskasom vi’. She instantly became an iconic and famous teenage idol.
Continue Reading Below
You May Like

The Sexiest Men Of 2020, Ranked
Career
After graduation, she began a tour of Europe working on a modeling career. She gained more popularity by being featured on the famous ‘Italian Vogue’ cover, and she starred in several TV commercials.
In 1989, she decided to take on the music industry with the release of her pop single ‘Substitute’. The song was so popular, it reached the top three in the charts and went gold in Sweden.
Continuing her musical success, she released her debut album ‘IZA’ in 1991. The album reached number 11 on the Swedish charts, with the top song, ‘Shame, Shame, Shame’ peaking in the top three.
In 1991, she furthered her acting career by playing in ‘V som I Viking,’ a television miniseries. She also appeared in ‘Bert’, a Swedish TV series.
When she met and married her American husband, they moved to the United States where Scorupco was offered her career changing role. She accepted the part of ‘Natalya Simonova’ in the extremely popular ‘GoldenEye.’
After taking some time off for maternity leave, this star resumed her acting career in the movie ‘With Fire and Sword’ in 1999. The film later went on to become the biggest film production to ever be completed in Poland.
In 1999, the cosmetic company Oriflame nominated her to become their spokeswoman. This ambitious woman accepted the role and used it to greatly increase her fame.
In 2000, she accepted roles in ‘Dykaren’ and ‘Vertical Limit’. Her role in ‘Vertical Limit’ established her ability to be an action hero. It pushed her limits and at times required her to hang from ropes over 1,200 feet from the ground.
In 2002, she had the opportunity to co-star with the famous actors Matthew McConaughey and Christian Bale in the thriller ‘Reign of Fire’. The film went on to be nominated for a ‘Saturn’ for ‘Best Fantasy Film’.
From 2002 to 2007, she continued to star in films and TV series such as ‘Exorcist: The Beginning,’‘Alias,’‘Cougar Club,’ and ‘Solstorm.’ The later three appearances are estimated to have made this star over $800,000.
In 2011 and 2012, she sung the duet ‘Jag Har Dig Nu’ with Peter Joback, and was featured in his music video. Additionally, she hosted Sweden’s Next Top Model. Currently she is working on the film ‘Sleepwalker’.
Major Works
In 1995, the astoundingly popular film ‘GoldenEye’ was released. Scorupco played the role of Natalya Simonova. The movie went on to make a staggering $350.7 million and win numerous awards. The movie’s popularity boosted her career and brought her fame to America.
In ‘Vertical Limit’,Scorupco proved her ability to take on an action role. The movie was very successful, reaching number 2 at the North American box office. The film went on to make over $215 million across the globe. She further proved her acting expertise and opened up even more opportunities for herself.
Awards & Achievements
Though she has not received any official awards, she has been featured on the cover of the prestigious fashion magazine ‘Italian Vogue’. Throughout her musical career, she peaked in the third position on Swedish charts for her songs ‘Shame, Shame, Shame’ and ‘Substitute’.
Personal Life & Legacy
On December 25, 1996, she married MariuszCzerkawski and moved with him to the United States. The couple later divorced, but had one daughter, Julia, together.
She is currently married to Jeffrey Raymond. The two have had one son, Jakob, together and the family all have dual residency in Los Angeles and New York City.
Trivia
She was offered the lead female role in the now ultra-famous ‘The Mask of Zorro’. She turned down the part which was later given to Catherine Zeta-Jones
You May Like

See the events in life of Izabella Scorupco in Chronological Order