DID WE MISS SOMEONE?
CLICK HERE AND TELL US
WE'LL MAKE SURE
THEY'RE HERE A.S.A.P
Popularity Index
Singers #1801
Rappers #335
Issa Thompson
Quick Facts

Jaden Smith
Issa Thompson is an American rapper and singer-songwriter. He has gained popularity for his mixtapes ‘King Issa’ and ‘Back to the Future’. A native of Washington, D.C., Thompson grew up in a musical household. Both his father and grandfather are musicians and he was deeply influenced by them. At a young age, he moved to Atlanta, Georgia with his family. He began helping his father write his lyrics at the age of eight and by the time he turned 13, he was composing his own music. Issa was discovered by a production label called Crown World Ent. and they helped him sign a contract with Jive Records. He has since put out several mixtapes, including ‘This Winter’ and ‘Best Kept Secrets’ and an extended play ‘Blue Moon’. Issa masterfully uses various social media platforms to promote himself and has accumulated 106 thousand, 146 thousand, and 51 thousand followers on Twitter, Instagram, and Facebook respectively, and has 52 thousand subscribers on YouTube. Besides a thriving music career, Issa has also attained considerable success as an entrepreneur. He has set up his own production company and record label named Wolfpack Entertainment and a clothing store called Fresh Young Boys. Male Rappers
Virgo Singers
Male Singers
Virgo Rappers
Rise to Fame
At a young age, Issa moved to Atlanta, Georgia with his family. Growing up in one of the most historically and culturally important cities in America, Issa’s passion for music was only augmented. He worked as a child model and was signed to Wilhelmina agency.
He demonstrated his prodigious musical skills quite early in his life. It impressed his father, who asked him to help him write his lyrics. A few years later, at 13, he started to write for himself.
It was a production label called Crown World Entertainment that first noticed Issa. Subsequently, they introduced him to Wayne Williams, the senior vice president of A&R of Jive Records at the time. Williams had previously seen a video of him. He told him to perform in front of all the A&R's and VP's at Jive. A few weeks later, Issa signed a contract with the label. At 15, he signed to RCA Records.
Collaborating with DJ Holiday, Issa released ‘Back to the Future’, a mixtape where he sought to bridge the gap between the new generation of rappers and their esteemed predecessors, in 2011. A year later, he put out ‘King Issa’, which was also a collaborative effort with DJ Holiday. In 2015, he released his third and fourth mixtapes ‘This Summer’ and ‘Best Kept Secrets’. The year 2016 had been quite busy for him. He released his first EP, ‘Blue Moon’, mixtape ‘This Winter’, and the second instalment of ‘Sample Sundays’ (the first instalment was released sometime in the early 2010s).
You May Like

American Rappers
American Singers
Virgo Men
Continue Reading Below
Personal Life
Issa was born on September 22, 1994, in Washington, D.C., into a musical family. He drew inspiration from his father and grandfather, both of whom are respected musicians in their own rights. Issa has stated that he would not have become a musician without their influence. Furthermore, he is very close to his mother and made a video titled ‘Dear Momma’ for her, uploading it on the Mother’s Day.
In July 2012, a 17-year-old Issa took to Twitter to announce that he had become the proud father of a baby girl, who was later named Isa. While he received criticism for becoming a father at such a young age, he shrugged it off saying that it was his business. He added, “My child is a blessing and that’s the bottom line.” 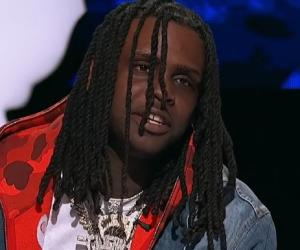