Hart Denton is an American actor, model, Instagram star, and social media personality. After finding considerable success as a model, he has begun pursuing a career as an actor. An Arkansas native, Denton was a student at Conway Senior High School before he enrolled at Belmont University. Since he was a child, he has been interested in performing. In 2014, he relocated to Los Angeles and started living with a girl he had grown up with in Arkansas, experiencing his share of struggle in his first couple of years in the city. During this period, he was briefly signed to Click as a model before the agency shut down. He then joined Wilhelmina. At present, he is represented by Next Model Management. Denton made his acting debut in 2016 in an episode of ‘Lethal Weapon’. A year later, he had his cinematic debut in the comedy film ‘Fun Mom Dinner’. Since 2018, he has been portraying Chic Cooper, the older brother of Betty Cooper, in The CW series ‘Riverdale’. Besides acting, Denton has also harboured a deep passion for music and dancing since he was quite young. He reportedly posted covers of various popular songs on his self-titled YouTube channel. Ansel Elgort
Actors #10804
Film & Theater Personalities #25456
DID WE MISS SOMEONE?
CLICK HERE AND TELL US
WE'LL MAKE SURE
THEY'RE HERE A.S.A.P
Quick Facts

American People
Arkansas Actors
Gemini Actors
American Actors
Actors Who Are In Their 20s
Rise to Fame
A few days after Denton’s move to Los Angeles, he found the addresses of every modelling agency on Google and answered their open calls. At the time, he did not have a portfolio. The only photographs of himself he had were taken by his mother or sister. He was rejected by every agency save for Click. He was signed to them for a short while before they ceased operations. He subsequently approached Wilhelmina with better photos, and this time, they offered him a contract. Later, he joined his current agency, Next.
Acting has always been something he wanted to try at some point. As a child, he performed in several plays and continued to act in various productions during his high-school days. Denton’s first on-screen appearance was in the season one episode, ‘Ties That Bind’ (2016), of Fox’s buddy cop action comedy-drama television series ‘Lethal Weapon’. He portrayed a character named Chauncey. In 2017, he was cast as James in Alethea Jones’ comedy film ‘Fun Mom Dinner’. In 2018, Denton joined the cast of The CW’s teen mystery drama series ‘Riverdale’ as Betty Cooper’s (Lili Reinhart) older brother, Chic Cooper.
An ardent fan of Elvis Presley, Denton has been singing and playing music for a long while. He reportedly has done covers of popular songs and uploaded them to his self-titled YouTube channel. However, it appears that he has since deleted the channel. He has teamed up with H&M’s affordable luxury line Nyden for a clothing collection.
You May Like

American Film & Theater Personalities
Gemini Men
Continue Reading Below
Family & Personal Life
Hart Denton was born on June 20, 1993, in Little Rock, Arkansas, USA and grew up in Conway alongside three siblings, one brother, Haze, and two sisters, Gray and Paten. He studied at Conway Senior High School, and after graduating, started attending Belmont University in Nashville, Tennessee.
According to Denton, Conway is the kind of a town where one cannot go to the grocery store without running into someone they know. He stated that the only difficult part of his upbringing was the ridicule he received for his desire to venture out into the world beyond their town. For him, life is all about stepping out of one’s comfort zone, gathering new experiences, challenging oneself, and evolving for the better. While he has encountered plenty of resistance over the years, his family has always supported him.
In 2014, he moved to Los Angeles, California. On May 1, 2014, he began living with a girl he had grown up with in Arkansas. She had recently moved into that apartment. It did not have any furniture except for a mattress on which the girl slept. Denton slept on the cardboard box in which the mattress was delivered. As he did not have a car yet, he had to commute on buses for a year. As a result, he had to spend three hours every day to get from where he stayed to Hollywood.
At present, he is in a relationship with model Sunny Soofiani. 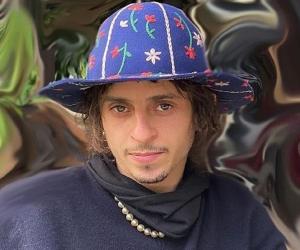