Advanced Search
Hariprasad Chaurasia is an eminent Indian flautist who is best known for popularizing Indian Classical Music all over the world. A living legend, he is counted among the greatest masters of the North Indian Bamboo flute. Acclaimed not just in his native country but also in the Western world, he has also worked as a music director for many films and was even featured in one of the English rock band, The Beatles’ singles. Unlike many other musicians who hail from a musically inclined family, he came from a family with no interest in music whatsoever. The son of a wrestler, he was expected to follow in his father’s footsteps. But the young Hariprasad had other plans for himself. Rebelling against his father who did not want his son to become a musician, he started learning classical vocal technique. However, he switched to flute after meeting a renowned flautist—a decision that would ultimately lead him to his true calling. His early life as a musician was full of struggles but once he gained a foothold in the world of Indian classical music, there was no stopping him. He has been honored with many prestigious awards including the Padma Vibhushan for his contribution to the world of arts. Jacob Obrecht
DID WE MISS SOMEONE?
CLICK HERE AND TELL US
WE'LL MAKE SURE
THEY'RE HERE A.S.A.P
Quick Facts 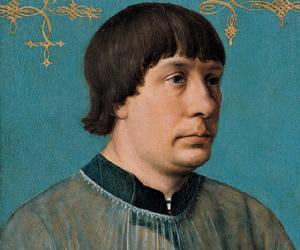 Indian People
Male Musicians
Male Composers
Cancer Musicians
Indian Composers
Childhood & Early Life
Hariprasad Chaurasia was born on July 1, 1938, in Allahabad, India. His father was a wrestler. Unfortunately his mother died when the boy was just six years old.
His father wanted him to become a wrestler like himself, and even arranged for him to get training in this field. However, Hariprasad’s real interest lay somewhere else and he had to pursue this passion without the knowledge of his father.
He had an inborn love for music though no one in his family was musically inclined. He loved music so much that he secretly started learning classical vocal technique from his neighbor, Pandit Rajaram, when he was 15.
He met a famous flautist, Pandit Bholanath Prasanna of Varanasi, and was deeply influenced by him. He switched to playing flute and studied under his tutelage for the next eight years.
Even though he was not meant to be a wrestler, the initial training he received in wrestling helped him build stamina and lung power which proved beneficial for his musical career as a flautist.
Continue Reading Below
Career
He joined the All India Radio (AIR), Cuttack, Odisha, in 1957 as a regular staff artiste. Here he performed as a flautist and also wrote compositions. In 1960 he was transferred by AIR Cuttack to Mumbai.
While in Mumbai he met the Surbahar player, Annapurna Devi, the daughter of Baba Allaudin Khan and requested her to teach him. She agreed on the condition that he switched from right-handed to left-handed playing. He did and she guided him.
He blossomed as a flautist under the tutelage of Annapurna Devi. Soon the ambitious young man left AIR to pursue an independent career.
Blessed with inherent talent, a passion for music and determination, he made a name for himself as a renowned flautist over the years not just in India but also abroad.
During the 1960s he teamed up with the Santoor player, Shivkumar Sharma, and the duo used to perform as ‘Shiv-Hari’. They worked on Indian classical music pieces and contributed to musical scores in Hindi movies.
Shiv-Hari released an album, ‘Call of the Valley’ in 1967. The album also featured the guitarist Brij Bhushan Kabra and went on to become a very popular album both in India and the Western countries.
He played on the song ‘The Inner Light’ that was featured on the B-Side of The Beatles’ single ‘Lady Madonna’. The instrumental track in which he performed was recorded in Mumbai in 1968.
He toured extensively, performing in various countries all over the world, popularizing Indian classical music. He received international acclaim from not just the foreign audiences, but also from fellow musicians like Yehudi Menuhin and Jean-Pierre Rampal.
Though he specialized in North Indian Classical music, he also performed folk music and popular music. As part of the Shiv-Hari duo, he has composed music for several Indian films like ‘Silsila’, ‘Lamhe’, ‘Chandni’, and ‘Parampara’.
He founded the Vrindavan Gurukul, in Mumbai and Bhubaneshwar in 2006 and 2010, respectively. Both the institutes are dedicated to train students in Hindustani Bansuri in the Guru-shishya tradition. Several of his protégés like Rakesh Chaurasia, Vivek Sonar, and Himanshu Nanda have become famous flautists in their own right.
Awards & Achievements
In 1992, he was presented with the Padma Bhushan Award, India's third highest civilian honour, for his contribution to the field of arts.
He was awarded the Padma Vibushan, the second highest civilian award in India, in 2000 for his exceptional service to the nation in arts.
He was appointed as Knight in the Order of Arts and Letters in appreciation of the significant contribution he has made to spread culture in France and the rest of the World by the Ministry of Culture of the Republic of France, in 2009.
Personal Life & Legacy
The master flautist’s personal life is considered quite controversial as he married twice. His first wife was Kamala Devi whom he married in 1957. After sometime he married Anuradha ‘Angurbala’ Roy. He has two sons, Ajay and Vinay with Kamala and one son, Rajeev, with Anuradha.

See the events in life of Hariprasad Chaurasia in Chronological Order