Hansie Cronje was a South African international cricketer who served as the captain of the national team from 1994 to 2000. Under his leadership, the team recorded 23 wins in 53 test matches. In 2004, two years after his death, he was named the 11th greatest South African despite having been banned from cricket for his involvement in a match-fixing scandal. A Bloemfontein-native, Cronje grew up alongside two siblings. He became an all-round sportsman in school where he was captain of his cricket and rugby teams. His sporting skills led him to represent the then Orange Free State Province in rugby and cricket. After earning his Bachelor of Commerce degree, Cronje started his first-class career, making his debut for Orange Free State in 1988 at Johannesburg against Transvaal. In 1992, he made his international debut in a One Day International World Cup match against Australia. In 2000, the talented cricketer’s career came to a halt when he was banned from playing for life for his role in a match-fixing scandal. In 2002, he died in a plane crash at the young age of 32. Bhuvneshwar Kumar
Cricketers #53
Sportspersons #1984
DID WE MISS SOMEONE?
CLICK HERE AND TELL US
WE'LL MAKE SURE
THEY'RE HERE A.S.A.P
Quick Facts

South African Celebrities
Tall Celebrities
Tall Male Celebrities
Libra Cricketers
Male Sportspersons
Childhood & Early Life
Hansie Cronje was born as Wessel Johannes Cronje on 25 September 1969, in Bloemfontein, Free State, South Africa, to San-Marie Cronje and Ewie Cronje, who was also a cricketer. He had a sister named Hester Parsons and a brother named Frans.
In 1987, he graduated from Grey College. At school, he represented his cricket and rugby teams as a captain and played for the then Orange Free State Province.
Cronje later attended the University of the Free State, from where he earned his Bachelor of Commerce degree.
Continue Reading Below
You May Like

Who Is The Most Popular BTS Member?
First-Class Career
In early 1988, Hansie Cronje made his first-class debut, playing for Orange Free State in a match against Transvaal. In the following season, he played all eight Currie Cup matches.
In 1990-91, he became the captain of Orange Free State and scored his maiden century against Natal in December. He finished the season with a total of 715 runs at 39.72.
In 1995, he played for Leicestershire and finished the season as the nation’s leading scorer with 1301 runs at 52.04.
During the 1995-96 season, he was in top form and helped Free State beat Northern Transvaal in the Currie Cup league.
Cronje then went on to appear for Ireland as an overseas player in the Benson and Hedges Cup. His score of 94 not out brought Ireland a 46-run win over Middlesex.
International Career
In 1992, Hansie Cronje started his international cricket career, making his One Day International debut in a World Cup match against Australia. During the tournament, he averaged 34.00. Following the World Cup, his team toured the West Indies. He played in the three ODI's as well as in the test match that followed.
During the 1992-93 season, his team competed against India in a one-day international series. He scored the much-needed six runs off only four balls in the first match. He was later given the Man of the Match award. The international cricketer then went on to take five wickets in an ODI, becoming the second South African to do so.
In 1993–94, he played as the vice-captain of the team on a tour of Australia. In the first ODI of the triangular tournament between South Africa, Australia, and New Zealand, Cronje helped South Africa win against Australia. His team later lost to Australia in the series final.
In October 1994, South Africa again competed in a triangular ODI series, this time featuring Australia and Pakistan. Despite Cronje scoring 354 runs over the course of the series, his team lost all the matches.
Continue Reading Below
In early 1995, his team won one-off tests against both New Zealand and Pakistan in Auckland with Cronje scoring the only century of the match while playing against New Zealand.
In the 1996 World Cup, he scored 45
and 78 against Pakistan and New Zealand, respectively. South Africa, however, lost to West Indies in the quarter final match.
Cronje started the 1997–98 season by leading his team to their first series victory in Pakistan. He made a big contribution by taking the wickets of Moin Khan and Inzamam-ul-Haq in the third test.
During the 1998 test series against England, he scored five consecutive fifties. During the second innings of his 50th test, he passed 3,000 runs and became only the second South African player to do so. Although England won the test, he finished the series as the top scorer with 401 runs.
Cronje then went on to lead his team to their only whitewash in a five-test series against the West Indies in the 1998–99 season. He became the top scorer in the subsequent ODI series, taking 11 wickets and helping South Africa earn a 6–1 win.
In October 1999, he became the nation’s highest test run scorer in a match against Zimbabwe. On 31 March 2000, Cronje played the final match of his career in the final of the Sharjah Cup in a match featuring Pakistan.
Match Fixing Scandal
*In 2000, the South African cricket team led by Hansie Cronje faced match-fixing allegations during their tour to India. After an enquiry by the King Commission, Cronje confessed and acknowledged his involvement in the scandal. He was eventually banned from involvement in cricket for life.
In September 2001, he challenged his life ban but his application was subsequently dismissed.
On 22 July 2013, 13 years after the initial allegations, the charge sheet of the case was finally filed by the Indian Police.
Family & Personal Life
On 8 April 1995, Hansie Cronje married Bertha Hans. The couple remained married until his death. They had no kids.
On 1 June 2002, the cricketer died in a plane crash while travelling from Johannesburg to George abroad a Hawker Siddeley HS 748 turboprop aircraft.
You May Like

See the events in life of Hansie Cronje in Chronological Order 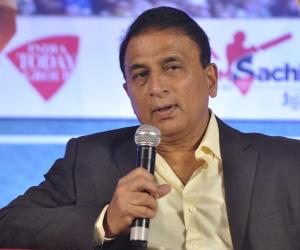