Haley Joel Osment is an American actor, known for his roles in sci-fi films, such as ‘The Sixth Sense’ and ‘A.I. Artificial Intelligence.’ Osment started his acting career when he was just four years old. He was encouraged by his family as his father was also an actor. After taking up minor television and film roles during the early-1990s, Osment got a major opportunity to act in the Hollywood blockbuster film ‘Forrest Gump.’ He was nominated for the ‘Academy Award’ for ‘Best Supporting Actor’ at a very young age for his performance in M. Night Shyamalan’s ‘The Sixth Sense.’ Osment then started voicing characters in animated movies and video games. A sports enthusiast since his childhood, Osment continues to play professional golf to this day. Image Credit
https://www.youtube.com/watch?v=mrEfKZaJEMU
( AM to DM) Pete Davidson
10th April In History
DID WE MISS SOMEONE?
CLICK HERE AND TELL US
WE'LL MAKE SURE
THEY'RE HERE A.S.A.P
Quick Facts

American People
American Men
California Actors
New York University
Aries Actors
Childhood & Early Life
Osment was born on April 10, 1988, in Los Angeles, California, USA, to Theresa and Michael Eugene Osmen. His father was a theatre and film actor, while his mother was a teacher. Osment was raised as a catholic, and his family believed in strict religious values.
Osment developed an interest in acting from an early age. His younger sister Emily Osment also went on to become an actor.
He completed his schooling at ‘Flintridge Preparatory School’ in La Cañada Flintridge, California.
After graduating from school, he started his career as an actor. He later pursued his college graduation after making his mark as an actor. He would go on to graduate from New York University’s ‘Tisch School of Arts’ in the year 2011.
During his childhood, he was interested in sports, and played football, golf, and basketball.
Osment debuted as a child actor at the age of four. He acted in a ‘Pizza Hut’ TV commercial after being spotted by a talent scout during a visit to the local ‘IKEA’ store. The same year, he also got an opportunity to act in the ‘ABC’ TV sitcom ‘Thunder Alley.’
In 1994, Osment got an opportunity to act in the blockbuster film ‘Forrest Gump.’ He starred as Forrest Gump’s son ‘Forrest Gump, Jr.’ 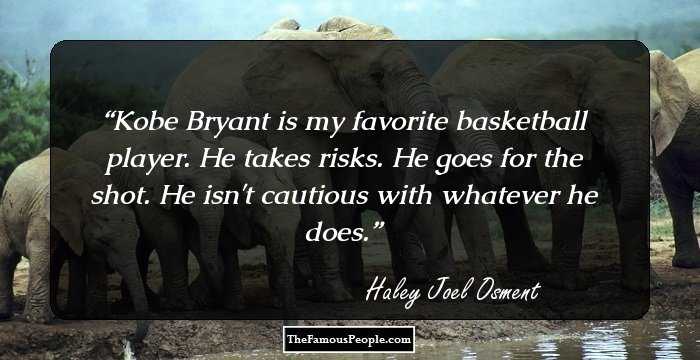 Continue Reading Below
Career
After starring in ‘Forrest Gump,’ he received more opportunities to act in movies. He got a minor role in the 1994 movie ‘Mixed Nuts.’
During the late-1990s, Osment appeared in a number of TV shows like ‘The Jeff Foxworthy Show,’ ‘Murphy Brown,’ and ‘Texas Ranger.’
While ‘Forrest Gump’ launched his movie career, the 1999 psychological thriller ‘The Sixth Sense’ made him a star. In the film, he portrayed the role of a psychic child with mysterious powers.
In 2000 and 2001, Osment started voicing characters in animated movies and TV series. His first voice role was for the TV series ‘Family Guy.’
After hogging the limelight for his role in ‘The Sixth Sense,’ Osment played the role of a child prodigy in Steven Spielberg’s epic movie ‘A.I. Artificial Intelligence.’
During 2002 and 2003, he voiced characters in animated movies like ‘The Jungle Book 2,’ ‘The Country Bears,’ and ‘The Hunchback of Notre Dame II.’
He started playing live action role in the year 2003, starting with the movie ‘Secondhand Lions.’
Apart from voicing characters in animated movies, Osment also voiced characters for video game series like ‘Kingdom Hearts.’
In the year 2008, Osment made his Broadway debut and played the role of ‘Bobby,’ a heroin addict, in the play ‘American Buffalo.’
Continue Reading Below
In the year 2010, Osment signed up for playing the lead role in the comedy film ‘Sex Ed’ which eventually released in 2014.
Thereafter, Osment started acting in series made by popular streaming services like ‘Amazon Prime Video.’ In the year 2013, Osment starred in Amazon’s ‘Alpha House.’ In the following year, he starred in the miniseries ‘The Spoils of Babylon.’ In 2015, he appeared in ‘The Spoils Before Dying.’
After playing a recurring role in ‘Comedy Bang! Bang!’ (2015-2016), he appeared in movies like ‘Entourage’ (2015), ‘Yoga Hosers’ (2016), ‘Almost Friends’ (2016), ‘CarGo’ (2017), and ‘Extremely Wicked, Shockingly Evil and Vile’ (2019).
During the late-2010s, he focused on appearing on television. He made several guest appearances in series like ‘The Eric Andre Show,’ ‘Teachers,’ ‘Oasis,’ ‘Top Gear America,’ ‘Swedish Dicks,’ and ‘The Boys.’ In 2017, he was cast as ‘Dr. Stu Camillo’ in ‘Future Man’ where he had a recurring role in the first season. He landed a regular role in the second season of the show.
He was then cast to play a failing advertising agent named ‘Alex Gardner’ in a dark comedy film titled ‘The Devil Has a Name.’
His performance in the sci-fi movies like A.I. Artificial Intelligence and The Sixth Sense remain his best works. 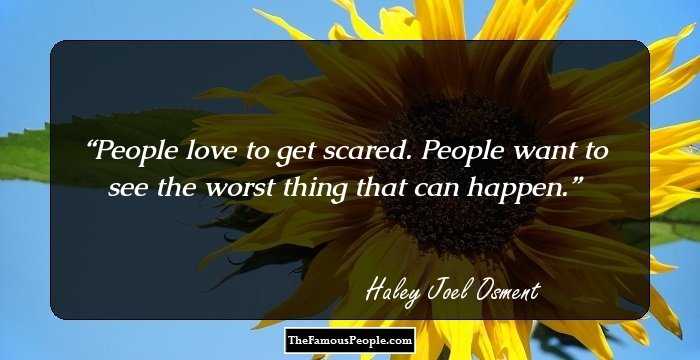 Awards & Achievements
Osment won the ‘Saturn Award’ for ‘Best Performance by a Younger Actor’ for his performance in ‘The Sixth Sense.’
Osment was also nominated for the ‘Academy Award’ for ‘Best Supporting Actor’ for his performance in ‘The Sixth Sense.’ At the time, he was the second-youngest actor to receive a nomination for the prestigious ‘Academy Award’ under the ‘Best Supporting Actor’ category.
Osment’s performance in ‘A.I. Artificial Intelligence’ won him his second ‘Saturn Award’ for ‘Best Younger Actor.’
Personal Life & Legacy
Osment loves playing golf and is playing the sport since his childhood. He played for the U.S. team in the ‘All Star Cup’ in the year 2005.
Osment suffered from alcohol addiction and was involved in a single-driver automobile accident on July 2006. He was sentenced to three years’ probation and 60 hours of alcohol rehabilitation.
Haley Joel Osment plays the guitar and piano, and currently lives in New York City. 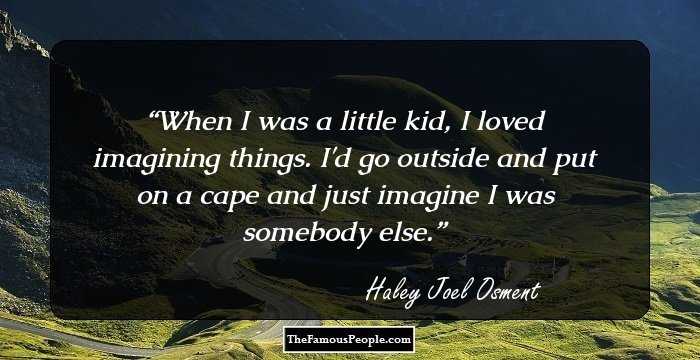 Trivia
His dialogue ‘I See Dead People’ from the movie ‘The Sixth Sense’ became a popular catchphrase among the youngsters all over the world. The phrase is ranked 44 on American Film Institute’s ‘top 100 movie quotes of all time.’