One of prominent figure among the avant-garde and instrumental music composers of 20th century, Gyorgy Sandor Ligeti engraved a respectable place for himself in the realm of music. A victim of world war, Hungarian revolution and soviet regime that followed, his creativity was hampered many a time. Facing some of the harshest realities of life, he even had to spend some of his time in Nazi concentration camp and lost his father and brother as an aftermath of Nazi regime. The insecure political scenario during the soviet regime also resulted in some of his works not seeing the light. However, nothing can stop the outburst of a talent and so, Gyorgy Ligeti became popular with his amazing works. Attaining an Austrian citizenship, his career flourished making him the developer of a music style called ‘micro polyphony’ or ‘sound clusters’. He produced some of his ground-breaking works in the background of a tumult that hit Europe. Even years after his death, his songs are sang and heard in the classical music circles, which is a testimony to his amazing talent. Franz Peter Sch...
DID WE MISS SOMEONE?
CLICK HERE AND TELL US
WE'LL MAKE SURE
THEY'RE HERE A.S.A.P
Quick Facts

Gyorgy Ligeti was born on 28 May 1923 in Tir-naveni in Hungary to Hungarian-Jewish parents. Ligeti spend his initial days in his home town Tir-naveni, which was home to many ethnic Hungarians like Ligeti’s and in Transylvania. When he was young, Ligeti went to Cluj, the cultural capital of Transylvania, to begin his studies at a conservatory there. After high school, he attended classes on composition with Farkas at the Kolozvar conservatory during 1942-43. He also took private lessons with Paul Kadosa during the summers of 1942 and 1943.

However, two years later, he was recruited for military service. By this time, Hungary had already become an ally of Nazi Germany, which took over a large part of Transylvania. Jews were banned from taking military services and he was send to a concentration camp where the detainees handled dangerous explosives. As the war neared its end, he escaped from the camp and went back to Cluj where he saw the ancestral home occupied by others. He came to know that his parents and brother were deported to the notorious Auschwitz concentration camp in Poland. Only his mother came back from the camp.

After graduating from the Franz Liszt Academy in 1949, he devoted his time studying Rumanian folk music. During the time span of 1950 to 1956, he learned harmony, counterpoint and musical analysis at the Budapest academy.
Career
While spending his days in Hungary, he wrote most of his works for piano. Though he penned chamber music and songs with piano, his compositions could not be printed or performed due to the political reasons which persisted there. The time span of 1940’s witnessed Ligeti developing an individual style of his own. His ‘Piano Trio’ (1941-1942) was one of the first works which were to be performed. However, the political scenario in 1948 compelled him to put a stop to most of his research. To preserve his position of a composer, he had to write lot of arrangements for popular songs. He taught music and worked on his compositions from 1949 to 1956. However, the political conditions worsen again and all these hampered his works.
Flourishing Of A Career In Vienna

In Vienna, Ligeti soon established a contact with the elite of the western European musical avant-garde, including Karlheinz Stockhausen, Herbert Eimert, and Gottfried Koenig. Ligeti’s music also witnessed a sudden change of orientation while he was working on ‘Pièce électronique’ (1957-1958). In 1957, Eimert invited Ligeti to work at West German radio electronic studios of Cologne. By 1959, he began giving lectures at Darmstadt summer sessions and from 1961, he taught composition at Stockholm Academy of Music as a visiting professor. Then, he moved to West Berlin for a year, and then to Stanford University in California as a composer in residence. It was at this time that he introduced ‘chromatic cluster technique’. In 1973, Ligeti settled in Hamburg, Germany as he was joined the Hamburg Musikhochschule asprofessor of composition. He then became member of Royal Swedish Academy of Music as well as the West Berlin Academy of Arts. He was also honoured a German decoration for merit and the Bach Prize of the city of Hamburg in 1975. He also wrote of works in varied formats, of which, the comic opera ‘Le Grand Macabre’ cited as the best.

His mother died in 1982. The same year witnessed the return of Ligeti’s health after a period of five years sickness. Ligeti retired from his post as professor of composition from the Hamburg Music Academy in 1989. In 1990s, he spent much time on the aforementioned second version of Le Grand Macabre. During the time span of 1985 to 2001, Ligeti completed of ‘three books of Etudes for piano. Other important works of this era included Nonsense Madrigals (1993), Viola Sonata (1994), Hamburg Concerto (1998–99). The work was revised in 2003 and was dedicated to Marie Luise Neunecker. Ligeti’s last works were the ‘Hamburg Concerto’ for horn and chamber orchestra.

Personal Life And Death
Ligeti married twice; the first was to a woman from Cluj, a relationship which soon ended in divorce. The second marriage was in 1952 to a psychiatrist named Vera Spitz. This marriage was to avoid her deportment due to her family’s bourgeois background. They were divorced two years later, but remained friends. On June 12, 2006, Ligeti passed away in Vienna, Austria. He survived his wife and son Lukas, who was a composer and percussionist.
Important Works
Awards And Honours 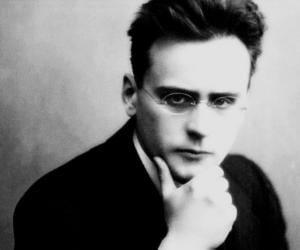