Girolamo Savonarola was an Italian preacher, reformer, and martyr from Ferrara. He was a member of the ‘Dominican Order,’ or the ‘Order of Preachers.’ He was active in Renaissance-era Florence. History remembers him as an instrumental figure who opposed dictatorship and the corrupt pastorate that was rampant at that time. Savonarola was seen as the sole leader after the downfall of the Medici in Florence. Under his leadership, a democratic republic was formed and several other reformations came into being. Savonarola was hailed when he predicted the reformation of the Church by an invader, Charles VIII of France. Savonarola even influenced Italy's new ruler, which in turn increased his power. His downfall began when he turned against the Pope, which ultimately led him to choose death. Benedict of Nursia
DID WE MISS SOMEONE?
CLICK HERE AND TELL US
WE'LL MAKE SURE
THEY'RE HERE A.S.A.P
Quick Facts

See the events in life of Girolamo Savonarola in Chronological Order 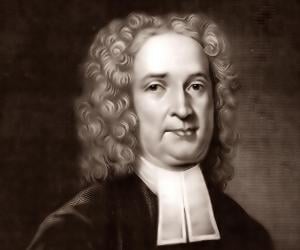